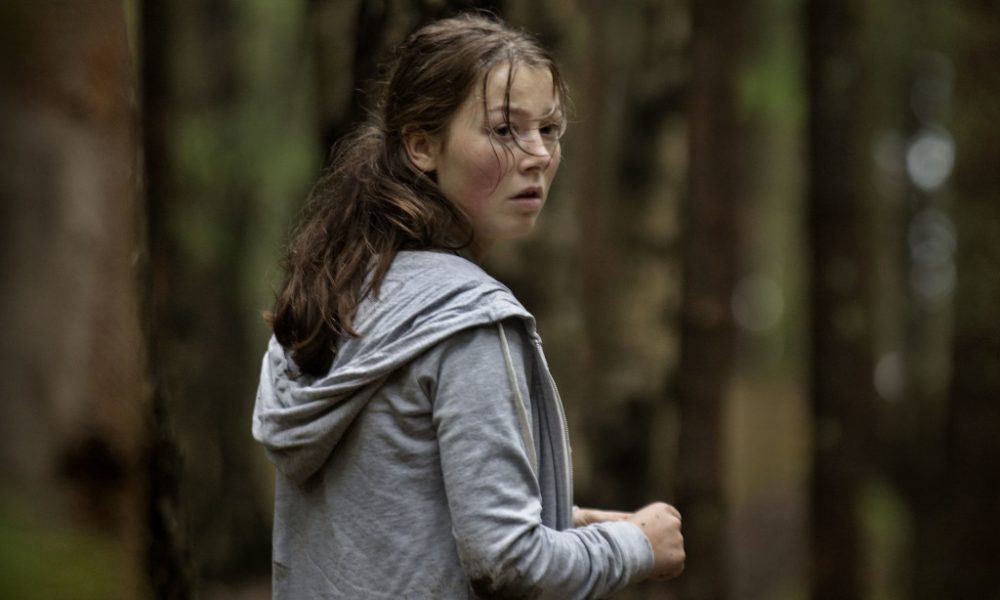 Cinema has a unique capacity to immerse the spectator in radical environments like no other art form can, especially when it comes to treating contemporary history. In the last decade, terrorist attacks and shootings have paralysed Europe with the threat of danger that can strike anywhere and anytime. Director Erik Poppe dares to dive deep into the fresh wound of the Anders Breivik massacre and offers an absolutely gripping insight in Utøya 22. Juli. This singular masterpiece demonstrates the power cinema can have to articulate the ineffable.

The film comprises of one single shot on the island of Utøya where the kids are camping, and begins shortly after Breivik detonates a bomb in a government building in Oslo, killing eight people. The kids are spooked by the news, trying to figure out if it’s Al Qaeda or a gas explosion but their speculation is interrupted by the eruption of violence that will engulf them. The plot follows 19-year-old Kaja (Andrea Berntzen) who desperately searches for her sister and a way off the island. The first-person camera scurries with her, adopting the point-of-view of another, mute, victim. When she seeks shelter from danger, face in the mud, the camera is right in the dirt with her, paralysed with fear.

The action lasts 72 minutes because that’s how long it took for the authorities to respond. Throughout the killing spree, kids are reassuring each other with notions that the police are on their way. This confidence in rescue erodes into confusion, as the young people continue to evade the omnipotent violence of the killer for over an hour. The vital question here is: “Why can’t someone stop this?”

We only see Breivik once, briefly, as an ominous shadow, ruthlessly firing on sheltered victims from a clifftop. The rest of the time his presence is marked by the deafening booms of his rifle that seem to be firing from all angles and the blood-chilling screams that follow. The camera spins and tumbles to catch kids running in different directions and the bodies of those who failed to escape, sealing the action in a world of gut-wrenching panic.

Utøya 22. Juli successfully re-contextualises this ugly trauma to a numb society that has become desensitised to routine shootings and terrorist attacks. Poppe offers no catharsis or redemption because, frankly, there is none. Rather, as the film fades to black, he condemns the authorities for their slow response and lack of answers. Utøya 22. Juli acts as an urgent appeal to a world that has grown stoic in the face of rising radicalisation.

Utøya 22. Juli does not have a UK release date yet.