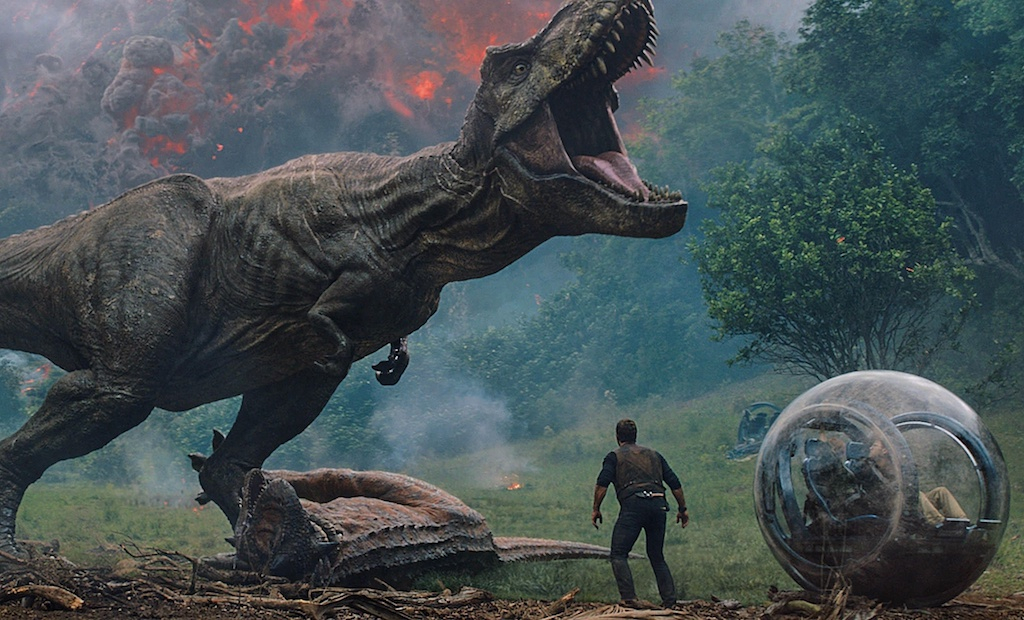 A quarter of a century has passed since the release of Jurassic Park, and it seems that the idea of dinosaurs roaming the earth has not lost its appeal. The latest instalment of the Jurassic World series, Fallen Kingdom, takes the story to new frontiers and hints at even more daring scenarios in future. While there is no real attempt to pursue even a pseudo-scientific approach, and even if nothing in the plot is so very unpredictable, this is a very solid two-hours of jaw-dropping and endlessly gripping entertainment.

Directed by JA Bayona, the film begins with a grand premise and introduces weighty ethical questions. The dinosaurs on the island of Nublar are in danger: an active volcano is on the verge of erupting and wiping out all living beings on the land, meaning that the giant reptiles risk going extinct. There is a national debate on whether humans should intervene and save them, or let nature take its course. Finally, it is decided that a visit to the island is necessary. Former theme park manager Claire (Bryce Dallas Howard), now an animal rights activist, is asked to join the mission. She insists that the group include Owen (Chris Pratt), whom she had a romance with previously, for his expertise in the field. The good intentions of the two, however, may not be shared by everyone on board, and it seems that the dinosaurs no longer pose the biggest threat.

Visually captivating, there are some majestic scenes of the creatures running frantically among natural landscapes engulfed by smoke and lava. The film seems to sit between genres, which is both its strength and weakness. There are sci-fi elements in it but not enough to place it firmly in that category, there is a dose of humour, a faint attempt at horror, and much thrill to keep entertainment levels high. Cat-and-mouse chases are perhaps overused, even if they are practically inherent to the story. The plot will display many an inconsistency if dissected, but Fallen Kingdom makes for a rollercoaster ride of a viewing, and it looks glorious in IMAX and 3D – clearly the biggest and most fun film to watch this summer.