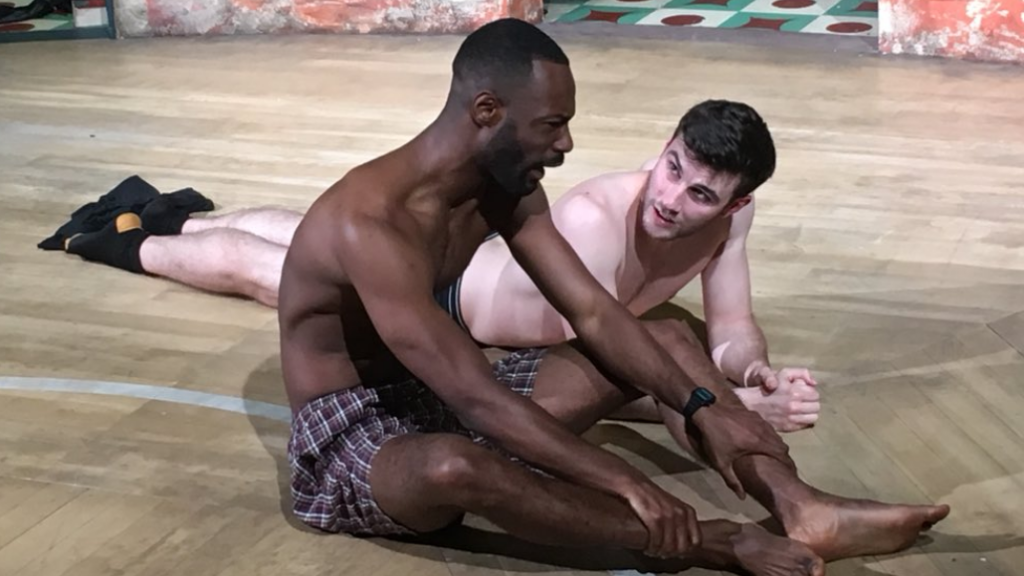 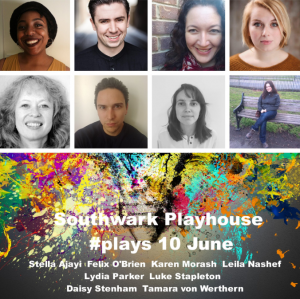 Writing for the theatre, no matter how capacious your talent, is for most a precarious and thankless game. Those without the money for prestigious drama schools or the access to contacts are at a disadvantage, which means the range of voices allowed to emerge are limited and rare talent can go under the radar. That’s why Little Pieces of Gold is such a reassuring venture. The festival of new writing was launched by playwright and screenwriter Suzette Coon in 2010 and hosts its latest showcase – eight brand new ten-minute plays by emerging writers – at Southwark Playhouse.

And this time around, the collection serves up comedy, poignancy and prescience. Karen Morash offers the first play of the night. Candlelit and full of weighty silences, The Knock could be set in a dystopian near-future or a present troubled country. Hints of going “into service” and the non-existence of contemporary literature in schools set alarm bells ringing. The story happens in the gaps, which are left to the audience to fill in.

In Hurricane Blues, Daisy Stenham shows she can conjure up distinctive characters as she presents three sisters dealing with loss in different ways. There’s some beautiful musing on how we create narratives to give meaning, plus plenty of dark humour. Lots of offstage strands and unseen characters create a rich world.

The captivating Confidence/Supply by Felix O’Brien posits two scenes in the same space, which take turns to run and deftly escalate in synchronicity. This cleverly woven and urgent story looks at the disparity between Irish abortion laws and sex education.

The fast-paced and riotous Coconut Diaries by Stella Ajayi asks what it means to be a black woman, and “since when was there this measurement of what blackness is?” It rails against everyday cultural appropriation and uses plenty of audience engagement to awaken the gathering. As well as being hilarious, it’s naturalistic, as if the script just spilled out from a great many lived experiences.

There’s a fantastic twist in A Sort of Story by Lydia Parker, and that forms a departure from the sentiments of the first half of the play, managing to make the audience change its mind about the female lead and then back again as it tackles preconceptions about single women and attraction. It’s a clever story, confidently told.

The touching yet exasperating relationship between a mother and daughter takes centre stage in Two Forks by Leila Nashef. There’s minimal movement as the women are sat at a coffeehouse table eating cake, but the story is strong enough to stand alone. Some excellent lines include a description of the body as a “glorious factory of Marxist workers”.

Sharks are Terrorists by Tamara von Werthern imagines a future war and the division of the sexes taken to an extreme conclusion. A twist early on brings a sudden and surreal change of pace. There’s plenty of offbeat humour, such as the female lead using cans of food to illustrate how she committed a violent crime.

The evening finishes with Retinas by Luke Stapleton, which manages to be deeply poignant and laugh-out-loud funny. “I’m an Asda girl. It’s in my blood.” An angry kid, always in trouble with social services, wears her heart on her sleeve. The script uncovers how society uses her bad language and antisocial behaviour as an excuse to keep her at arm’s length.

The atmosphere at the showcase was electric thanks to an audience (a full house) made up of friends of the writers, industry professionals and theatre lovers. Keep these playwrights on your radar; you’ll be hearing from then again.

Little Pieces of Gold was a one-night showcase at Southwark Playhouse. Similar nights are organised throughout the year. For further information or to book visit here.