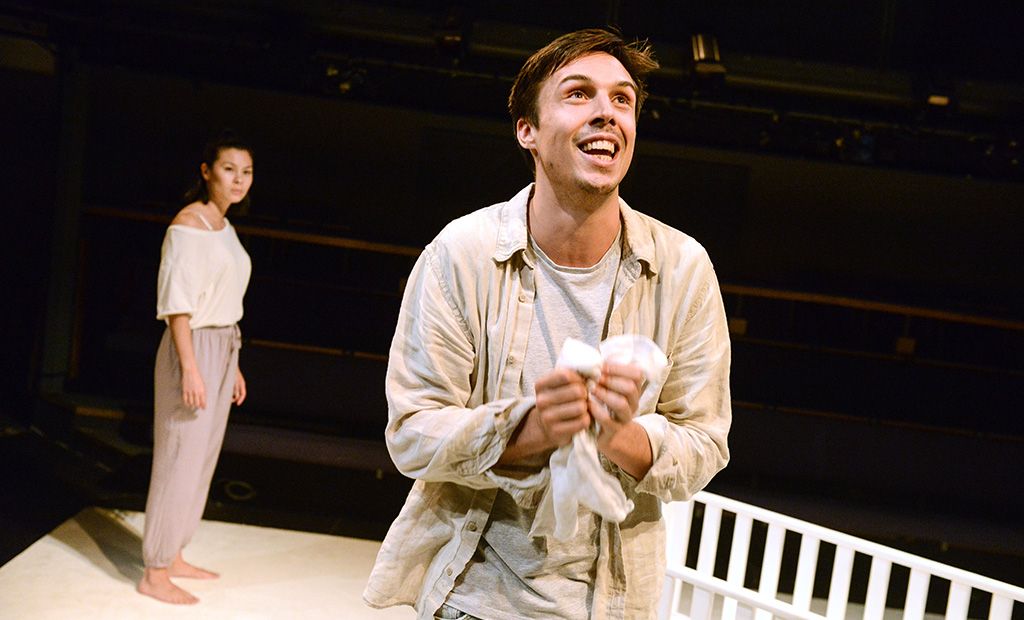 Back in London for the first time since the play’s worldwide debut in 2016, Nina Segal’s In the Night Time attempts to explore the global through the domestic. Directed by Evangeline Cullingworth at the Orange Tree Theatre, the production illustrates the worries and conflicts of two new parents as they realise the gravity and responsibility that comes with having a child in the modern world. The young couple (Ziggy Heath and Anna Leong Brophy) are happy, full of life, in love and completely smitten with their new-born daughter – but it doesn’t take long for the anxiety to set in. The child won’t stop crying, and no amount of rocking or storytelling seems to help the matter. On top of this, they have become hypersensitive to the media, and realise they are incapable of protecting their daughter from the aggression and injustices of the world.

The performance is visceral from start to finish, and both Heath and Brophy execute repeated climaxes of hysteria flawlessly, moving the focus of the performance from domestic bliss to problematic gender issues or global conflicts in a matter of lines. If the subject matters of these conflicts are occasionally ambiguous, they are justified in the intensity of the delivery and compensated with scenes of dark humour, brutal honesty, and hard, unforgiving realism. All of this is aided by Cullingworth’s imaginative staging, using a single cot and a rope-line to hide a plethora of props, ranging from children’s toys to confetti-filled papier-mache parakeets that leaves the once-minimalist stage looking like a war zone. Everything about the production is dynamic, from the ever-changing lighting and sound that act as cues for the next vulnerable moment or the startling display of aggression, to the way that Heath and Brophy completely dominate the space, using every available inch of the theatre.

Using parenthood as a lens to examine contemporary global issues, as well as highlighting the problems of inherited gender roles, the violence streams into their safe home, and they are powerless to stop it. In many ways, it is a millennial perspective on growing up and inheriting the responsibilities from the previous generation, and the play questions whether millennials will save the world, or whether they will continue to destroy it.

In the Night Time (Before the Sun Rises) is at Orange Tree Theatre from 13th until 21st July 2018. For further information or to book visit the theatre’s website here. 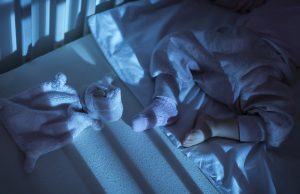 In the Night Time (Before the Sun Rises)