A Prayer Before Dawn: An interview with Joe Cole and director Jean-Stéphane Sauvaire 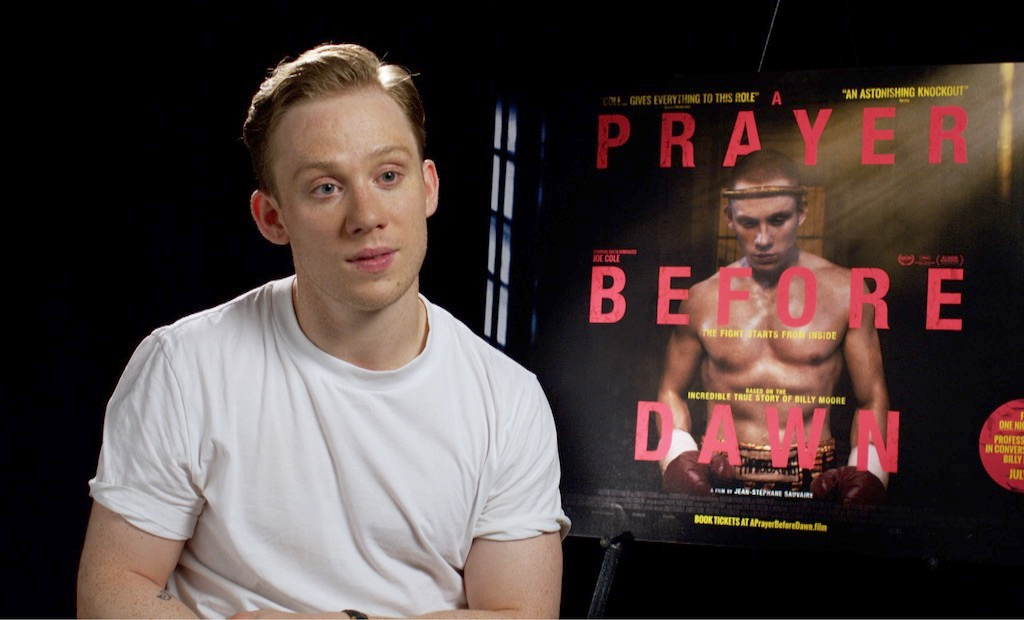 A Prayer Before Dawn: An interview with Joe Cole and director Jean-Stéphane Sauvaire

A Prayer Before Dawn is the new film from director Jean-Stéphane Sauvaire based on the true story and best-selling memoir of the same name by Liverpudlian Billy Moore. It follows his time incarcerated in Thailand’s infamous Klong Prem prison and details his battle to survive its inhumane conditions, indifference to life and his own addiction to drugs through fighting in the jail’s boxing team.

From his first introduction to a spot sleeping inches from a dead body in a cell packed end to end with tattoo-covered, hardened Thai criminals, through scenes of unimaginable physical brutality between fellow prisoners as well as from the guards, whose dizzying impact is compounded by a complete lack of communication with the Thai population, are portrayed with grit and authenticity, almost to a fault – at times it’s virtually impossible to watch.

We sat down with London-born Joe Cole who has risen to prominence as a tough-guy TV character, from time as Luke in Skins and Tommy Shelby in the brilliant Peaky Blinders, and now takes on the role of Billy. He spoke about how he was fascinated by Moore’s story and became close to the man himself through the process of making the movie, as well as the intensity of the preparation and filming some of the more brutal scenes inside the prison and the ring.

We also had the chance to speak with director Jean-Stéphane Sauvaire who told us why he was driven to put Moore’s story on the screen, his approach to achieving a sense of reality, including working with Thai ex-prisoners as well as his experience working with lead Joe Cole.

A Prayer Before Dawn is released nationwide on 20th July 2018. Read our review here.