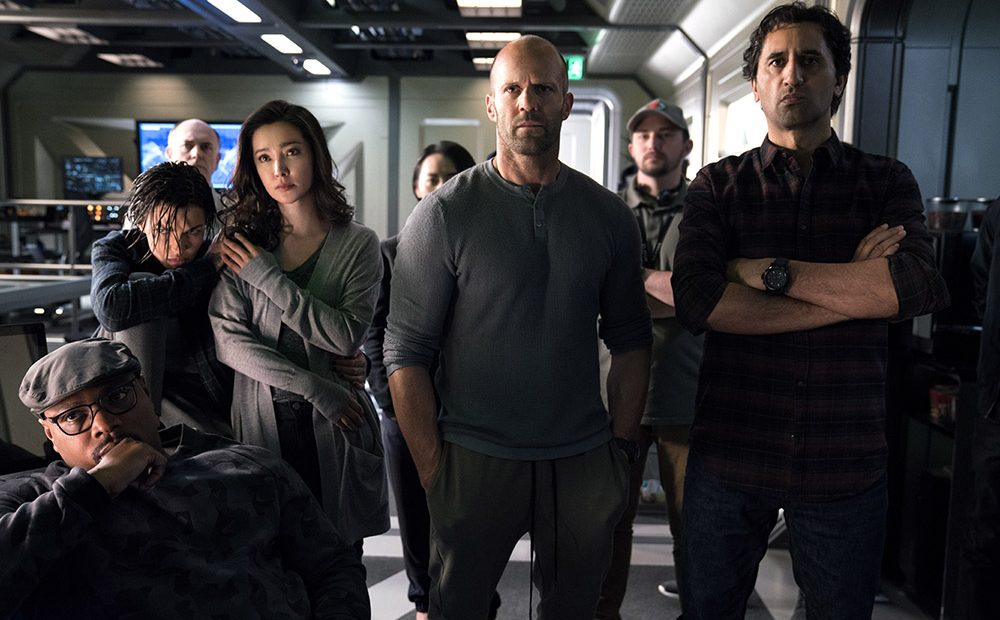 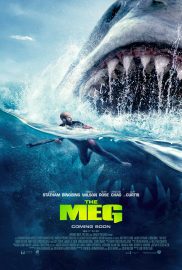 The Meg is ridiculous shark-shlock with wisecracking dialogue, big splashes and an even bigger fish. The problem? It only seems to realise this about halfway into its running time. Instead, the movie spends the first half trying to be something else entirely – a genuinely suspenseful and emotionally driven thriller – executing that with all the subtlety and panache we might expect from a film with a 90-foot shark as its antagonist. Things do pick up though.

The movie begins with a crew exploring the newly discovered depths of the ocean beyond the Mariana Trench. Encountering what they later learn is a prehistoric shark called the Megaladon, they’re attacked and trapped. Only one man can save them (and no there aren’t any prizes for guessing who that is). Unfortunately, in rescuing the stranded crew, our intrepid marine explorers – including one-man band Jonas Taylor (Jason Statham), Statham-sceptic heroine Suyin (Li Bingbing), hubristic Captain Jack Morris (Rainn Wilson), clowning deck-hand DJ (Page Kennedy) and former flame Celeste (Jessica McNamee) and others – unwittingly unleash the Meg from its underwater cave and must now contend with it in open water.

About an hour in we see Jason Statham go – within three shots and fewer seconds – from casual summer-wear, to topless, to wet-suited and in the water, dragged along by an improvised jet-ski while the eponymous leviathan bears down on him with jaws agape. Finally, it feels like The Meg has found itself. It’s been away, done some hard thinking, and decided that, yes, it is a silly film about a giant prehistoric shark and a man with a gruff voice – and it’s going to embrace it. This is followed up by a water-based Chihuahua replete with pink bows, a kid absentmindedly sucking on a lolly while prehistoric chaos rages all around him, and a couple of catchphrases that finally have some real bite… (sorry).

It’s excellent fun once it gets going. The action scenes are satisfyingly crude, the dialogue sufficiently knowing and the tone appropriately big and stupid. Unfortunately, getting going takes only slightly longer than the 2 million years for which the Meg has waited down in the depths of that Trench.

The Meg is released nationwide on 10th August 2018.

Watch the trailer for The Meg here: