Bring It On at Southwark Playhouse 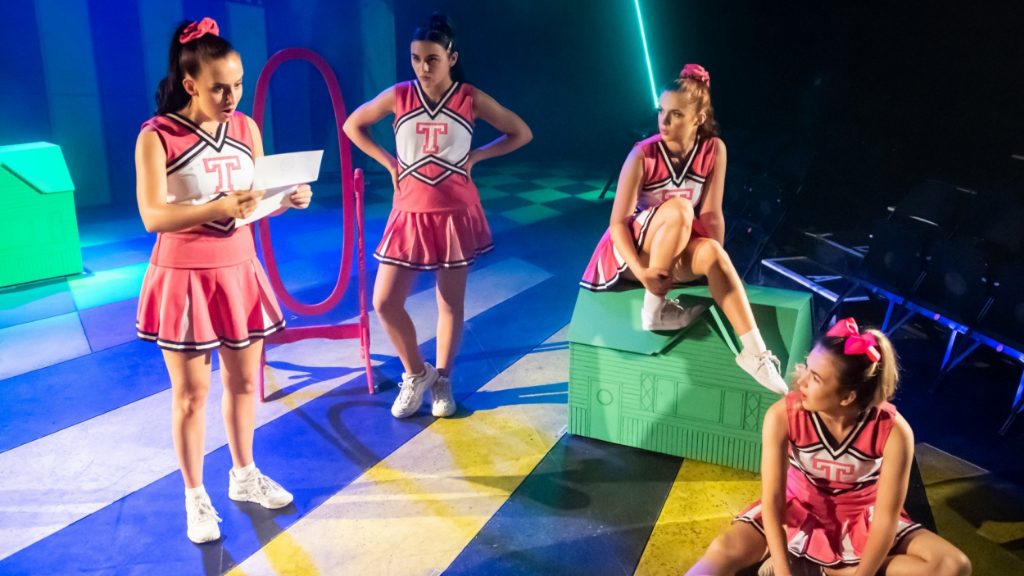 Bring It On at Southwark Playhouse | Theatre review 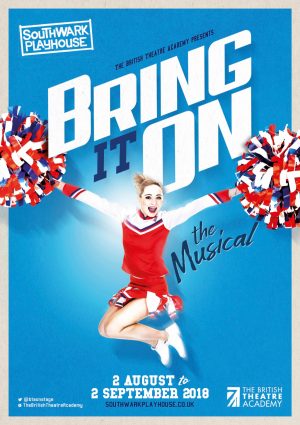 For some, it’s hard to believe that cheerleading is more than just a few flips and chants – especially those in the UK, whose experiences are based on the cheesiest US high school shows. Bring It On delivers the truth of the sport from across the Atlantic in style. Based on the hit movie, with music written by hit composer Lin-Manuel Miranda of Hamilton, the musical could not be anything other than a hit.

A spotlight shines down on Campbell (Robyn McIntyre), who is praying to become captain of Truman High’s cheerleading squad. Just as her prayer is answered, she is redistricted to a new school, Jackson High. Their dance crew is a far cry from the all-white suburban squad. After having the back of the troupe leader (Chisara Agor), the new girl is permitted to join the team. As the mascot. But Campbell discovers what people in Britain already know: that school is about more than cheerleading.

The high-energy cast deliver each performance with as much pep as you’d expect from a real squad. In fact, sometimes it is easy to forget that the crowd is not at a real competition. The performers are extremely multi-talented, able to form pyramids and cartwheels, all the while maintaining their “cheer face,” as Campbell would say. It’s not often you see acrobatics on stage if you’re not at a circus. The colour scheme is also circus-like: pink and yellow. Why has no one else used this aesthetically pleasing combination before? With just lockers and tiles, the set is minimalist, just like the show.

The stakes are non-existent. The protagonist will not lose anything – besides a trophy she already decided is pointless – if she loses the cheer competition. So it is not exactly nail-biting when awaiting the results.

The performance also tries to hint at racial acceptance, though it falls flat. Stereotypes are truly broken, though, as the guys on the squad do the majority of the stunts. The production does deliver a message on self-esteem, and reminds everyone that high school is just a blip in the form of catchy tunes. The songs will probably be forgotten in a few days, but for the moment, they are fitting. Luckily, a memorable supporting cast is there. Matthew Brazier perfectly portrays La Cienega, the witty cross-dresser, Kristine Kruse manages to illuminate the awkwardness of former mascot Bridget, and Sydnie Hocknell represents the bitchiness in Eva.

Although not as deep as promised, this staging of Bring It On is still a more realistic portrayal of cheerleading than most.

Bring It On is at the Southwark Playhouse from 2nd August until 1st September 2018. For further information or to book visit the theatre’s website here.