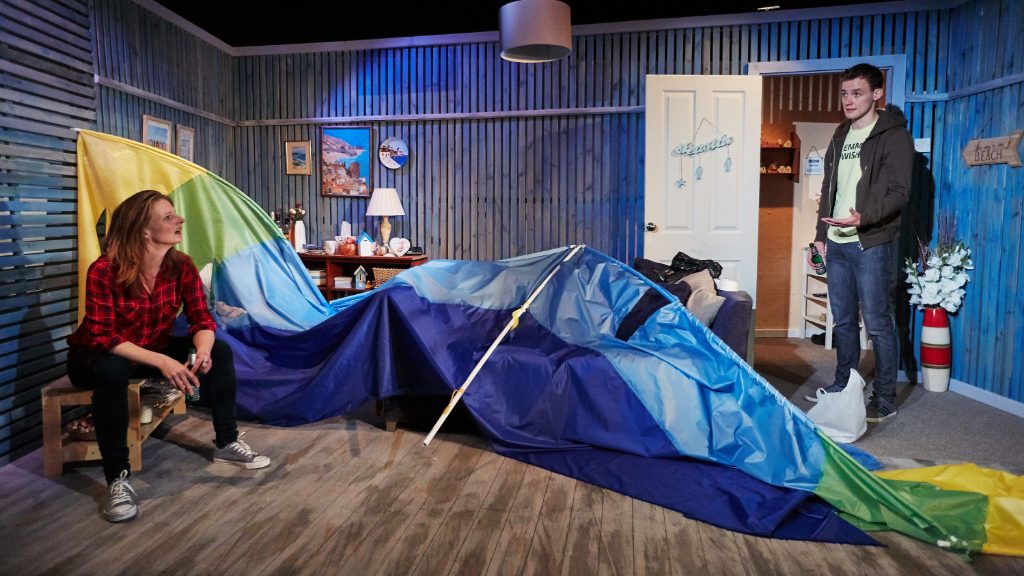 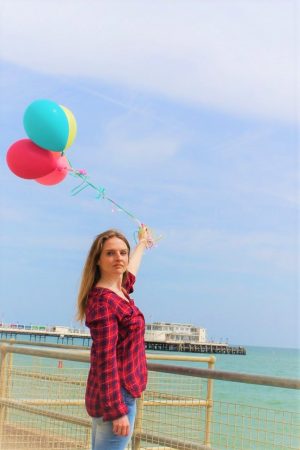 Theatre 503 is renowned for showcasing new writing, and Carr’s piece is fresh and witty. Taut, funny and warm, it acutely presents the everyday lives of characters in a small seaside town. Lighting designer Ben Jacobs expertly captures the warmth and time changes of the day, from brightly lit living room to the golden morning sun seeping through wooden blinds.

Claire presently takes care of her mother – the flirtatious and hilarious Maeve (Tricia Kelly) – who has suffered from a stroke, damaging her left arm. Sometimes kind and at other times vicious, Claire’s erratic behaviour is alarming and convincing. Both mother and daughter’s colloquialisms are expressed in a naturalistic light, with their Northern British inflections and quick-witted responses.

Carr’s powerful script does not shy away from taboo topics such as postnatal depression and the complex feelings that new mothers experience. Kelly is brilliant as the gentle-hearted and strong maternal figure, spirited and very funny, producing raucous laughter from the audience when asking surprise guest Simon about his thoughts on Titanic’s door scene. Alan Mahon plays the jovial and slightly skewed character well – appearing at the bed and breakfast in the middle of the night – eager to compete in the annual hang-gliding competition. As the piece takes on darker and surprising turns, both the audience and protagonists’ perceptions change, the playwright’s rendering of realism authentic.

Appearances are deceptive in Caterpillar, and the dramatist’s writing reveals details lucidly. Director Yasmeen Arden successfully invites spectators into an intimate working-class coastal setting, where gradually, complex troubles are exposed, making you question where your sympathies lie. However, the production suffocates a little with the amount it is trying to convey – in spite of its lengthy duration – mirroring popular melodramas such as Eastenders and Hollyoaks. Ultimately though, the play’s ambiguous ending reiterates the multi-faceted narrative, in which the plotlines intertwine, producing a story which remains complex and humane at heart.

Catterpillar is at Theatre 503 from 3rd September until 22nd September 2018. For further information or to book visit the theatre’s website here.