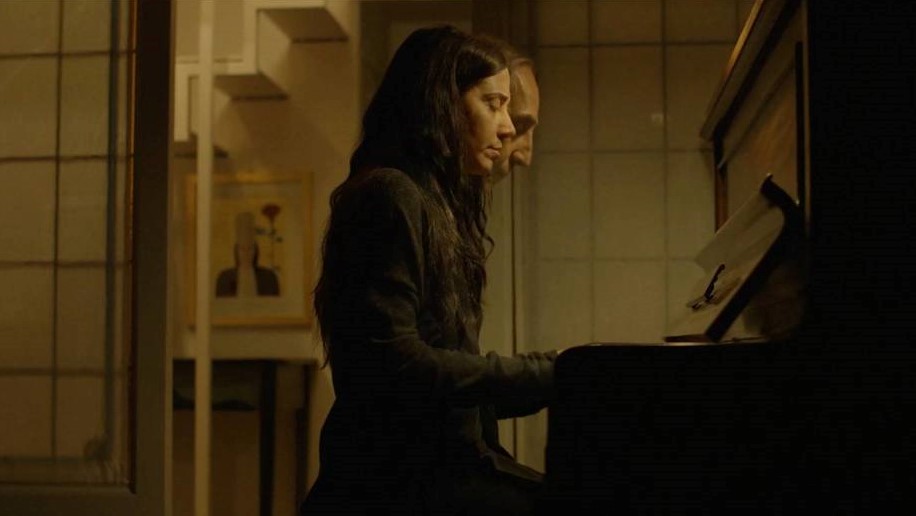 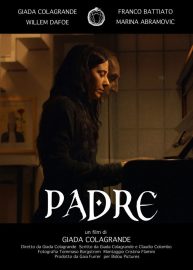 The possibility of moving freely in terms of form and concept is one of the positive features of small productions. In Padre, Giada Colagrande tackles the difficult and oft-avoided topics of death and afterlife, unburdened by pre-established standards and leaving raw much more of the material that the movie industry would have smoothed and polished for the mass audience. Unfortunately, though, the final result doesn’t leave a mark.

Giulia (Colagrande) mourns the sudden and undefined loss of her father, the artist Giulio Fontana (Franco Battiato). Visited ever more frequently and ever more visibly by the ghost of her parent, the woman traces his late spiritual journey through letters and meditation exercises. Supported by James (Willem Dafoe), a family friend and theatre artist, the protagonist seems to be guided by these apparitions towards an initiation.

The story is divided into seven blocks, as chapters of a conversion. In the director’s own words, the movie was born out of a dream, and has taken shape through a lot of research into the spiritual and supernatural. It is a blurred analysis – a journey – of the bereaved’s emptiness and yearning for a presence that can never return. The answer doesn’t come from a particular faith, nor a philosophy, but from a mixture of Asian mysticism and spiritual doctrines.

Together with the often unconnected visuals, this unsubstantial narrative constitutes most probably the biggest problem of the movie, as the sequences follow like a flux of thoughts and transcendent experiences. The stage piece on which Giulia and James collaborate is also a sort of meta-theatre, vanguard work, which further boosts the vagueness and multiplicity of spiritual inputs, which lack any sense of order.

The atmosphere in which the protagonist is immersed could have been explored further. Marina Abramovic, who interprets Giulia’s mother, gives just another hint of the mystical research of this family, but nothing extra or really supporting the storytelling.

With rather a slow pace, the movie would have benefited from some cuts. Photography director Tommaso Borgstrom, however, has realised some really interesting shots.

The red thread from death to initiation is music, wonderfully written by Franco Battiato and Carlo Guaitoli. Ending with an open final scene, the production leaves us without a clear message or a strong feeling of a journey lived through the screen, and with the idea that the whole piece could have been more engaging if the score would have played a more central part.

Padre does not have a UK release date yet.

Watch the trailer for Padre here: