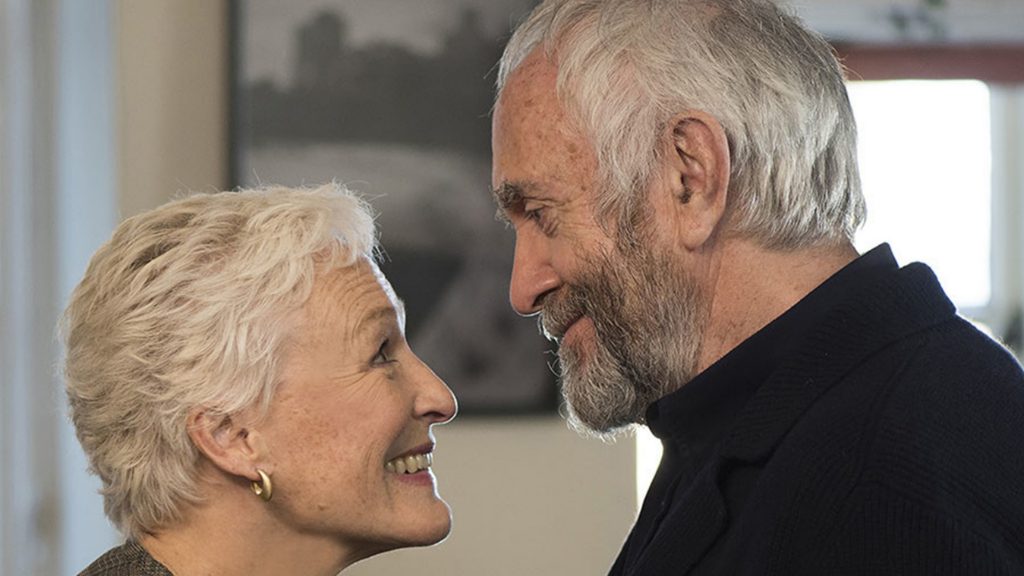 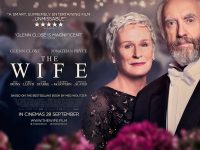 Swedish director Björn Runge’s latest feature relates the story of Joseph and Joan Castleman, a mature couple who seem to be wholesomely in love on the outside, but whose relationship holds a troubling secret. Based on the novel by Meg Wolitzer, The Wife is an intimate portrayal of how sacrifices and the decisions we make can haunt us for years.

Joe Castleman (Jonathan Pryce) is a highly successful literary sensation, telephoned one day to be awarded the Nobel Prize for Literature in Sweden. As with all book to film adaptations there are variances, such as how in the novel the couple are flying to Finland to receive the award, and they have three children, not two. Despite these incongruities, Jane Anderson’s screenplay is flawless, with the relationships between husband, wife (Glen Close) and their short-tempered son David (Max Irons) brought to screen impeccably; Close’s Joan is particularly exceptional, unreadable and burning with a smouldering fury. The piece captures gender inequality in detail, with flashbacks to the 1950s and 60s. Though Joan is clearly talented, she is unable to publish her writing, knowing full well no one would read her work even if she did, while Joe is published quite easily – with his wife’s much-required help, as she points out in a heated argument: “You edit, Joe, that’s all you do.”

Alongside perfect casting – including a surprising role by Christian Slater as the prodding and insistent biographer Nathaniel Bone – Runge captures the temperamental emotions between the married couple, two very determined writers. Joan has been left to suffer in her husband’s shadow and literary fame for decades, and as she aptly narrates, “there’s nothing more dangerous than a writer whose feelings have been hurt”.

Though many films have been made which focus on writers, and with stories that involve family feuds, The Wife should be lauded as a deceptively simple yet intimate look at how secrets have a way of unravelling.

The Wife is released nationwide on 28th September 2018.

Watch the trailer for The Wife here:

The Joy of Sake: The Barbican to host a mouthwatering celebration of Japan’s national beverage
Padre | Movie review