“Theatre helps us to glimpse the truth about the world and about ourselves”: Playwright Brian Coyle on Timeless

“Theatre helps us to glimpse the truth about the world and about ourselves”: Playwright Brian Coyle on Timeless

Scottish playwright and scriptwriter Brian Coyle, now based in Bristol, was shortlisted for the Bread and Roses Playwriting Award in 2015 and 2017 for Welcome to Paradise Road and The Spare Room. He was also a winner of Pint-Sized Plays – a national short play competition – in 2015 and the British Theatre Challenge – an international one-act play competition – in 2014 for The Proposition. His works have been performed in London, Bath, Bristol, Manchester and Liverpool. Coyle also writes drama for radio, such as his upcoming Afternoon Drama on BBC R4 in February 2019. 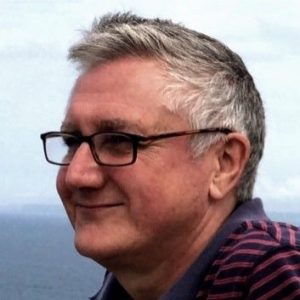 Following its run at Camden Fringe, Coyle’s remarkable, intriguing and acclaimed new show Timeless comes to Theatre N16 from 1st until 4th October. We spoke with Brian about writing his play and working with actor John Rayment, the importance of memory to our identity and contemporary theatre.

Hello Brian, thanks for chatting with us.

Your plays are very relevant to current social and political concerns. Timeless seems to be more personal. How did the idea for this piece originate?

Yeah, I’ve written a few political plays recently – a sign of the times I guess… I should say that even though they are political, they are also always about people: our hopes, dreams and desires.

I’ve always been fascinated by memory, how it defines us and especially its unreliability and fallibility. If memory helps define our identity and it’s so fallible, how does that affect our identity? When I saw a story about a man who can’t make new memories and hasn’t been able to for over ten years, I thought this would be a good starting point for examining it. Although the main theme is memory, like all my plays, it’s also about relationships and what we do to each other; in this case betrayal, forgiveness and the limits of duty.

What do you hope the play communicates to the audience?

Although Martin, the main character, has a medical condition that affects his memory (anterograde amnesia), what I wanted to communicate is that we all have “issues” with our memory: why remember this particular incident? Why forget that one? How can we remember an incident from our childhood seemingly vividly, but we can’t remember what happened last week or yesterday. It’s a slippery subject and if our identity is so much tied up with memory, just how subjective and transient is our identity?

Are there elements of yourself in your characters – in Martin?

There are elements of myself in all my characters. I think there has to be for them to have any substance. But there are also elements of other people I know or meet in my characters. Sometimes you only need to meet someone for ten minutes and for some reason, there is an aspect, or essence, of their character or personality that stays with you and can be “used” for a future character. For Martin, I did think back and use some of my earliest memories – some good, some bad – to add depth and texture to his experience.

Your other work tackles topics such as the dangers of our surveillance culture, our destructive rapport with nature, loyalty to tyrants and toxic masculinity. Would you say your protagonist’s amnesia is a metaphor for society’s tendency to forget history and repeat the same mistakes?

Wow! That’s quite a question. I’ve never thought about Timeless in those terms, but perhaps you’re on to something!

Martin keeps returning to his last point of memory – a visit to the dentist. He is confused about past events. He is also happy that he has lost his recollection of certain incidents. Do you think what we remember defines us?

Yes. I think that memory does define who we are at least to some degree, even though its veracity is always open to question. One of the most interesting things about families is that people within the same family – mother, father, siblings – have different memories of the same events, and often it’s these same-but-different memories that shape us, e.g. two siblings thinking about memories of their dad: “he’s eccentric/a character” from one and “no he’s not, he’s controlling” from another.

How was the experience of writing Timeless and how long did it take?

Timeless has probably taken a couple of years or so to write. I first got together with John Rayment, who plays Martin, to try out a first-draft scene at a development workshop (Sunday Surgery) around two years ago. We received some excellent feedback from that and knew we were on to something – but I knew we still had some way to go. Two years and many drafts later it had come together into something that felt “right”.

In terms of your director and cast, describe your relationship.

I first met John at a short play event run by the excellent Pensive Federation theatre company. He performed in a short play I’d written for them. That went well and I thought I’d really like to write something longer for him. As the idea for Timeless came together I knew it would be perfect for John – and it is!

I first worked with Charlotte Peters [director] in a development workshop for another of my plays and thought then: I really want to work again with her (John has also worked with her before). We were both delighted when she agreed to join us. She’s a very busy woman, which is no surprise as she’s such as talented director.

I think we all work together well. During rehearsals, John and Charlotte worked very intensively together to get under the text. Sometimes I think they understand the script more than I do!

Is there a core message in your plays?

I guess if there is a core message in my plays it’s that we humans are not as clever as we think we are. We are driven almost entirely by our unconscious desires, needs and emotions – whether we are a London cabbie, the Prime Minister or the President of the US. And while our actions in fulfilling these desires and needs often result in disappointment and sometimes tragedy, almost miraculously, it can also occasionally result in happiness and contentment.

What is your primary motivation as an author? Are you interested in political and social change? Can theatre can be a catalyst for this?

I think good theatre is like any great art: it helps us to glimpse the truth about the world and about ourselves. Whether we listen or not to these truths, I’m not so sure.

You have said that while in your previous career in IT, material such as Jerusalem by Jez Butterworth sparked your calling as a dramatist. What prompted you to make the leap to full-time playwriting?

To be honest, my first love is film. I would go to the theatre occasionally, but often I was disappointed. I loved Shakespeare (when done well) and Chekhov and Pinter, but most new writing and contemporary stuff often left me cold. This all changed when I saw Jerusalem. Contemporary theatre suddenly made sense to me – it tells us truths about the here and now, while at the same time posing questions that all great art does: about the eternal mystery that is the human condition. I still find most new theatre disappointing, but when it’s good it can be brilliant and even life-changing.

When I first tried my hand at playwriting and realised I could kind of do it, it gave me a creative freedom that I had never experienced in IT. I’ve been determined ever since to try and be better and better at it. Being a full-time playwright affords me the time to develop my craft – a luxury that many other writers would love. I manage to do it because I live frugally and have a very understanding partner!

Is there a director or actor you would love to work with?

I am in awe of the talent of very good actors. I’ve worked with quite a few of them in fringe theatre and I’m completely bemused as to why some of them are not rich and famous! As to specific actors, I would be completely thrilled if someone like Olivia Colman ever wanted to act in my stuff – she’s amazing. As for directors, the most talented of them transform your script into something more than you ever thought it could be – which is a fantastic thing to see. Funnily enough, almost all the best ones I’ve worked with are women.

Besides your plays in development, do you have any ideas for future projects you’d like to share?

I had a close friend who took his life some years ago. It was a huge shock and I and many other people were affected by it – and have been ever since. I’ve been thinking a lot about it recently and the shocking statistics of young male suicide. I’m considering working on something that touches on this area and I have several ideas I’m mulling over for a story that looks at the consequences of the tragedy it always is.

Thanks so much again, Brian.

Timeless is at Theatre N16 from 1st until 4th October 2018. For further information or to book visit the show’s website here.

Read our Camden Fringe review of Timeless at the Hen & Chickens Theatre here.

Watch the trailer for Timeless here: