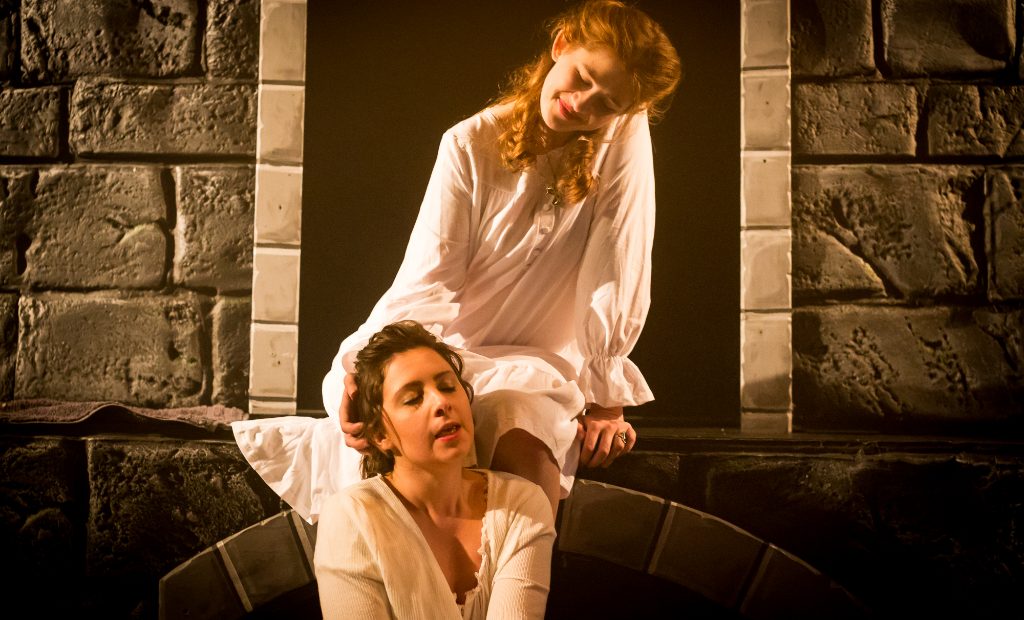 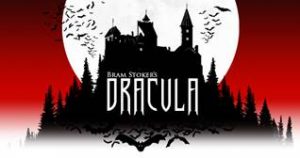 When any director contends with a text that has been reproduced thousands of times, studied in schools and comes with huge amounts of cultural baggage, they must decide how to deal with that baggage, whether to be faithful to an original or to try and find something new in the old. Ross McGregor’s Dracula, which he has both adapted and directed, tries a third option. He has taken the seriousness and language of the Bram Stoker novel and layered it with the decades of pulpy, gratuitous adaptations and rewrites that came after. What results is a hugely entertaining, although sometimes confused, production.

The casting is this play’s greatest virtue. McGregor has selected actors that seamlessly fit not only the character but what that character has come to represent in pop culture. Christopher Tester embodies Dracula’s history in his gaunt, flamboyant sexuality, whilst Conor Moss is the perfect foil to this as the boyish, consistently surprised Jonathan Harker. Andrew Wikes, meanwhile, almost plays a caricature of Van Helsing with his tremulous Dutch accent and profound statements. Although these portrayals are excellent, they are not surprising or new. The only role that pushes the boundaries comes from Beatrice Vincent in an exciting portrayal of a Mina who ceases being the hyper-virginal victim and becomes powerful, frustrated by the men around her.

McGregor has made some bold choices with his staging and direction, completely embodying the camp that Dracula has become. The walls are stone and strung with ropes and the synthesiser organ music is a constant presence in the background. He makes excellent use of the lighting, with swathes of the stage constantly in darkness, creating some truly frightening moments. In the end, however, it is the tension between this fear and the campy sensibility that doesn’t quite let this production settle. The show can’t quite decide if it wants to be a gratuitous romp or a serious comment on female sexuality, as is epitomised in the final scene of the first half, a seemingly completely serious dance to a cover of Britney Spears’s Toxic.

Despite this imbalance, McGregor’s Dracula remains engaging and enjoyable. Although it veers between extravagance and seriousness, it does both with gusto and earnestness, making it perfect Halloween fare.

Dracula is at the Brockley Jack Studio Theatre from 9th October until 27th October 2018. For further information or to book visit the theatre’s website here.