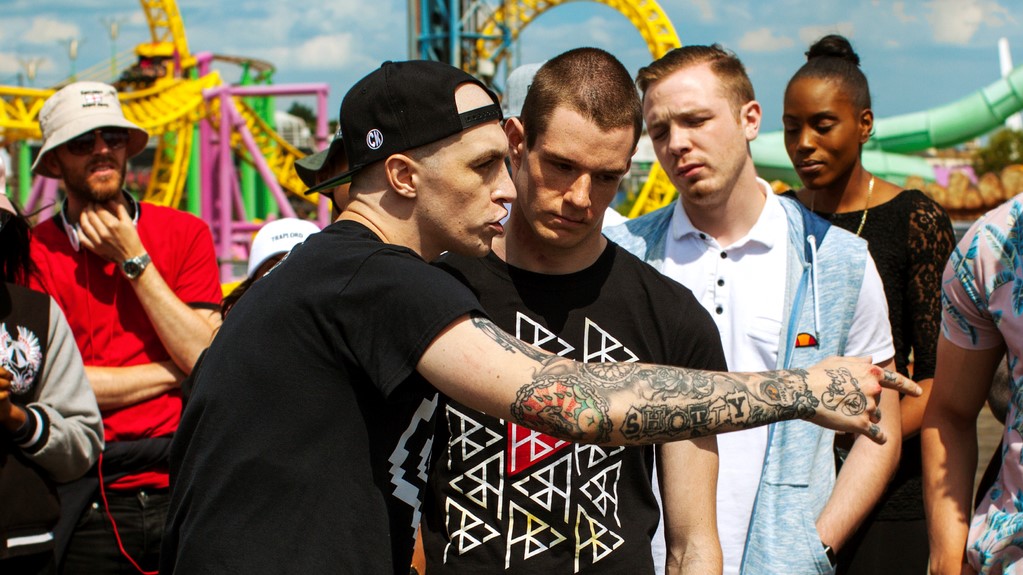 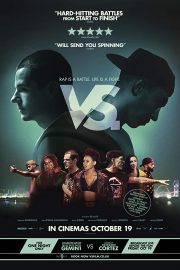 Writer-director Ed Lilly’s first feature film VS. is an admirably innovative, vivacious and poignant piece about a troubled teen who finds himself via an intriguing world involving rap contests called “battles”.

An opening scene with sounds of fighting and young Adam (Connor Swindells) having a meltdown introduces the movie’s theme: finding a positive outlet for hardship-induced aggression. Discarded by his mother as a small boy and drifting through foster homes, knowing only an environment of drugs and belligerence, the 17-year-old is on probation for violent behaviour. By chance, he meets Makayla (Fola Evans-Akingbola), who rebukes his flirting with put-downs, after which he retorts with an artful comeback about her – through both misjudge one another.

Once they have become friends, Makayla introduces Adam to her “battle” group, where young duos engage in verbal stage combat via rap, using clever but aggressively maligning phrases. A socially accepted way to express violent impulses and spew savage insults, “battling” is clearly an excellent outlet for their youthful frustration and rage. Despite wounding barbs, the rappers are all friends who take it in their stride as a sport, expressing mutual congratulations for every ingenious ballad.

Makayla sees potential talent in Adam, encouraging him to try rapping; as a result, he not only proves to be brilliantly adept at it, but becomes a better human being for it. With his mentor’s encouragement, he makes contact with his mother in a heartbreaking scene: “I wish you had given me up at birth. That way I wouldn’t give a damn about you.” After rejection by the group for going too far on stage and outing a friend’s homosexuality, Adam learns about humility, understanding and forgiveness.

The actors are inspired and exceptional: they are truly connected with one another in a performance that is clearly achieved with passion, honesty and love. Swindells creates Adam with textured emotion and breathtaking believability.

Portraying a fascinating culture, the piece is very human and the characters – despite outwardly seeming like delinquents – are philosophical, intelligent and sympathetic. The rap is remarkable: full of rage but dynamic and highly poetic. Refreshingly candid, thought-provoking, positive and with tremendous heart, VS. is a must-see.

Watch the trailer for VS. here:

The Front Runner premiere: On the red carpet with director Jason Reitman at London Film Festival 2018
The Inheritance at the Noel Coward Theatre | Theatre review