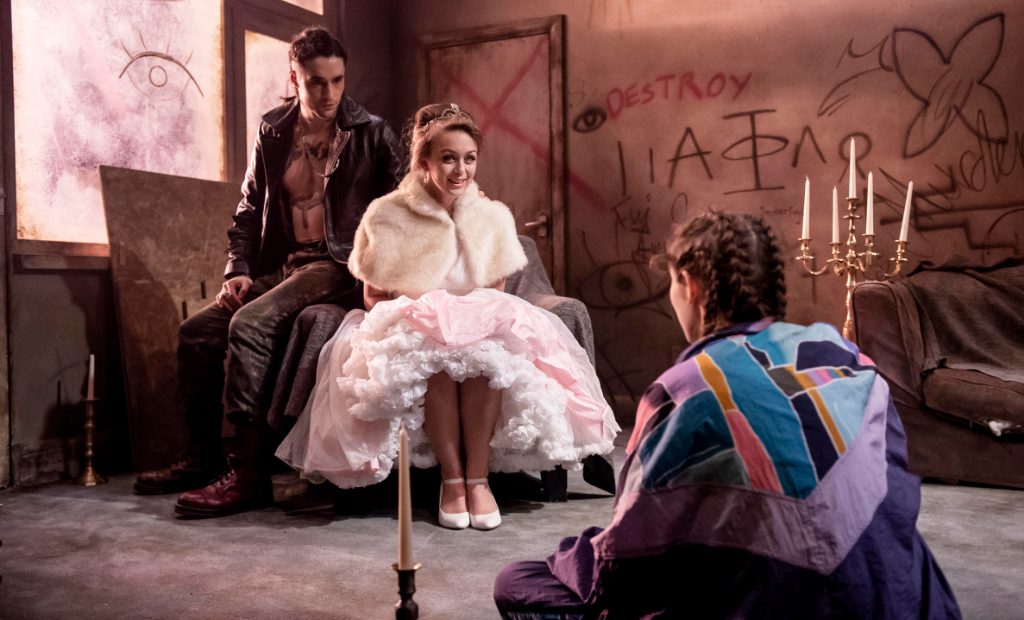 What a dark and disturbing delight: Philip Riley’s dystopian classic performed by final year actors from Guildhall School of Music and Drama, with lighting and sound from students on the BA Technical Theatre Arts programme. The result is a professional looking production that doesn’t shy away from its playwright’s graphic language and grim undertakings.

It’s a bold choice of a play. The world of Mercury Fur is peopled by a breed of addled, desensitised, bloodthirsty wretches who, heartbreakingly, still retain a desire for tenderness. Each character is going through their own hell and Ridley gives enough fodder to piece together every back story without ever spelling anything out.

Throughout, bizarre humour bumps shoulders with the most violent of subject matters. In this strange future, memories get tangled up with pop fiction and those with real reminiscence of the past are prized as scholars; cruelty is necessary and kindness could just ruin everything; violence goes hand in hand with love; language has unravelled and history has been erased, and everybody needs an illusion in order to survive.

The eight-strong cast is uniformly excellent, the casting spot-on. Harvey Cole is menacing but likeable as big brother Elliott, and comfortable with the inventively complex swearing that the script demands. Joseph Potter as younger brother Darren is a standout, going deep to conjure a character stuck between vulnerable child and spunky survivor.

Mirren Mack captures inquisitive Naz perfectly, while Oli Higginson plays Party Guest with an air of privilege and a subtle humour that gives way to chilling menace. Brandon Ashford brings a sensible sturdiness to the cast as Lola, her relationship with Elliott one of the lone comforting aspects of the play. Then there’s the delicate Duchess, played by Isabella Brownson as capably in her moments of wide-eyed song as in her convulsive fits. Ellis Howard wrenches heartstrings as the befuddled Party Piece. Dominic Gilday exudes desperation and danger as leader Spinx.

Liam Strong’s lighting design is an eerie beauty, from the torture scene lit all around with grand candelabras to the orange wash of the sunset through murky window panes. Alongside Dan Barnicott’s apocalyptic sound design, it vividly realises the universe of Mercury Fur.

These talented students boast more potential than you could shake a post-apocalyptic hallucinogenic butterfly at. Good luck to each of them.

Mercury Fur is at Milton Court Studio Theatre from 15th October until 20th October 2018. For further information or to book visit the theatre’s website here. 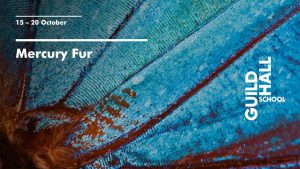