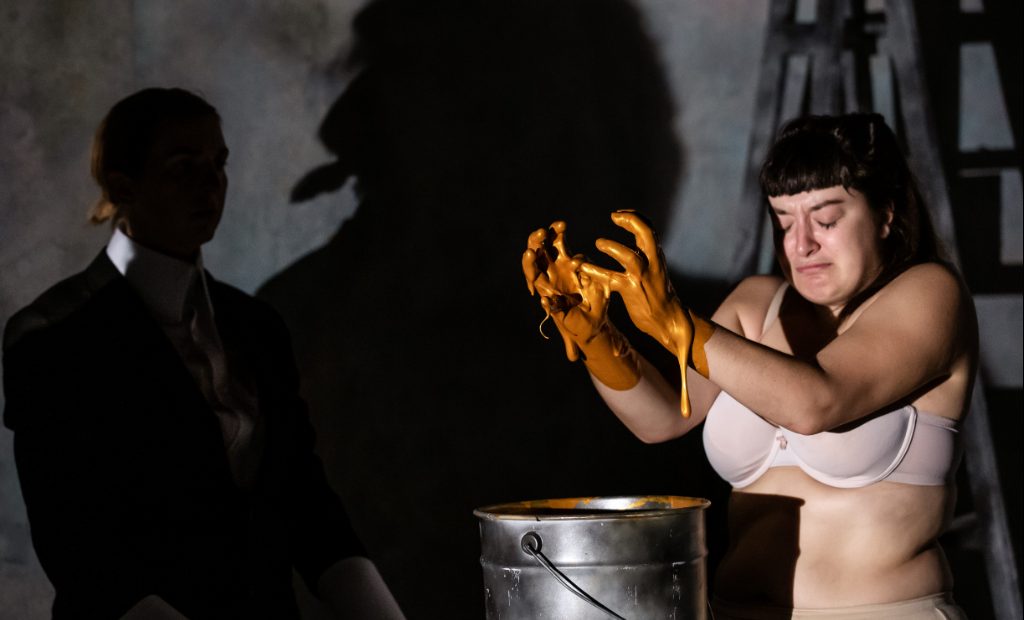 As British rapper MIA’s Born Free plays, a trio of female actors appear in the silvery-grey space – both an artist’s studio and courtroom – dressed in men’s suits, complete with 17th-century collars and cuffs and black Oxfords, the work of costume designer Kitty Hawkins. Kathryn Bond, Ellice Stevens (co-director of Breach Theatre) and Webb exchange the role of judge, while Luke Dobson’s crafty stools convert into witness stands and a judge’s table.

Artemesia later uses her painting of Susanna and the Elders from The Book of Daniel to further illustrate her uneasiness. Stevens becomes Susanna, Webb and Bond the two elders, in hyperbolic dress-up. As both the judge and neighbour Tuzia fail to see the work’s relevance to the case, the tale turns gaudy and flamboyant, defining the difference between Artemisia’s art and that of her male contemporaries.

Though hundreds of years have passed, times have remained fairly unchanged, sexual assault victims still experiencing judgement, and this play is a sombre reminder of how much is left to achieve to truly gain basic human rights. It is enraging that the artist is repeatedly asked questions, Tassi freely cross-examining her, and she even has to endure thumbscrews while testifying; as a female painter, her hands are less valued than Tassi’s. Stevens’s Artemisia is depicted sincerely, and it’s harrowing to hear the account of the rape, while Webb plays a deplorable Tassi.

Artemesia calls out “It’s True” 131 times – interrupted only by her determined proclamation, “I will say this forever,” – as Stevens makes eye contact with each audience member. In the final scenes, Artemisia and Tassi change roles to depict Gentileschi’s painting Judith Slaying Holofernes, which mirrors the beheading of John the Baptist demanded by Salomé. The artist’s later life is relayed with the victorious rendition of Patti Smith’s Gloria; Artemisia goes on to become one of the most successful painters of the 17th Century, the first woman admitted to the academy of arts in Florence, and has a daughter, Prudenzia. With the powerful words, “As long as I live I will have control over my being. My lordship, I’ll show you what a woman can do,” we are left with the figure’s lasting legacy as a Renaissance painter. 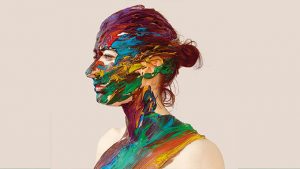 The Distance You Have Come at the Cockpit Theatre | Theatre review
Screwdriver in Dalston: Simple Spanish-inspired dishes bursting with flavour | Restaurant review