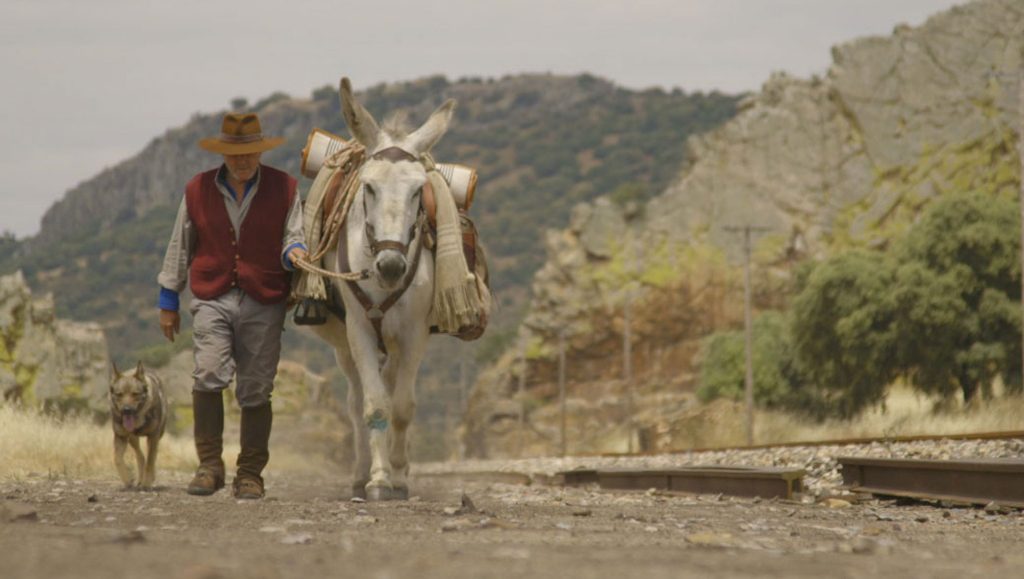 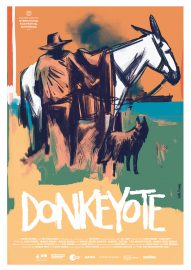 Donkeyote is a beautiful piece of documentary filmmaking, about nothing and everything all at once. At its simplest, it is about an old man who wants to go on a long walk with a donkey, which, as the man at the travel company he entreats to help him notes, “sounds like a joke”. And yet, in under an hour and a half, Chico Pereira’s film manages to explore hopes, fears, dreams, love and relationships as well as the realities and possibilities of growing older and of life itself.

The film documents the subject’s life in rural southern Spain, focusing on his relationship with his donkey and “inseparable fellow wanderer” Gorrión. Manolo walks. He walks everywhere, despite the pain in his knee, which Manolo dismisses as “tendi”, not even worthy of the label “tendinitis”. It is his dream to walk the “Trail of Tears” with his companion, but there are financial and practical obstacles to overcome first.

The film is committed to an aesthetically heightened reality achieved through meticulously constructed long takes in which the camera sits and observes, there only to capture the absolute essence of the scene. As Manolo and his daughter eat dinner, Gorrión is cleverly refracted through her wineglass, a constant presence in his life. A dead lamb held in Manolo’s hand is foregrounded even as he herds a flock of sheep with the other, the simple and brutal realities reflected without the need for words. The donkey’s eye is unblinking, head half-turned between the camera of the past and the water he must cross to get home. In short, the cinematography is essentially perfect, staying the right side of pretentious by committing unwaveringly to its tone and style throughout.

If there’s a criticism, it’s that long takes mean few moments and scenes make the cut, and the presence of the documentary makers can be felt lurking in what is – and crucially, isn’t – shown. The central duo are ultimately never quite as alone as they seem. That’s a small price to pay, though, for an exquisite film that will speak to so many, even as Gorrión stays steadfastly silent. Donkeyote is thought-provoking, joyous, heart-wrenching and beautiful in every sense of the word.

Watch the trailer for Donkeyote here