Blaze premiere: On the red carpet with Ethan Hawke at London Film Festival 2018 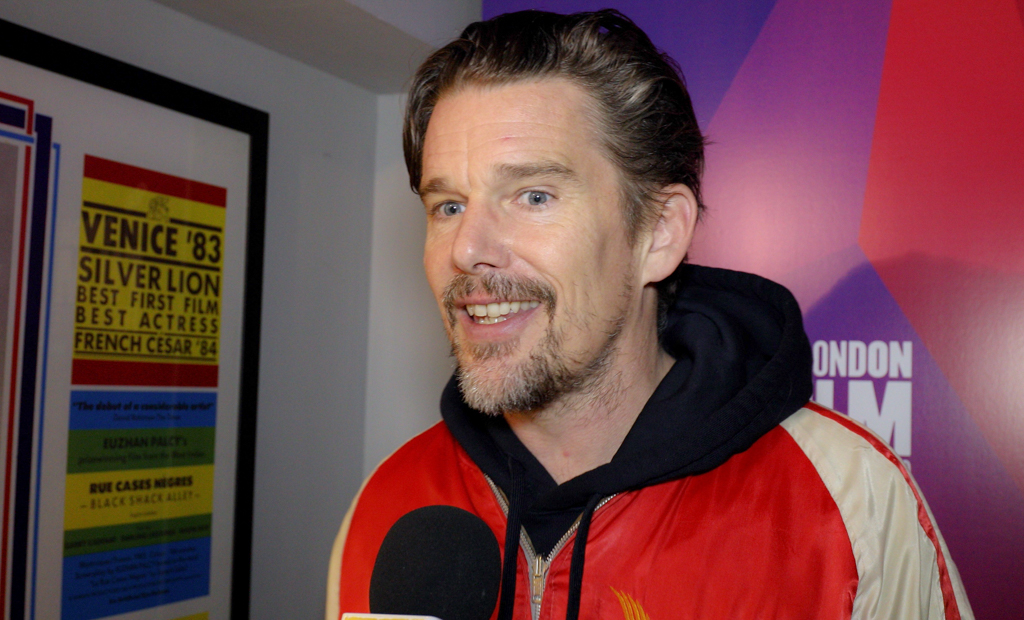 Blaze premiere: On the red carpet with Ethan Hawke at London Film Festival 2018

At the 62nd BFI London Film Festival, we had the honour of speaking with Ethan Hawke (Training Day, Before Sunset, First Reformed) about his directorial passion project Blaze, a non-conventional music biopic about outlaw country musician Blaze Foley, based on Sybil Rosen’s memoir.

After sprinting down the road to make his screening after getting caught in Brexit protest traffic, Hawke stopped to chat with us about the film, what inspired him to make it, the risk of taking on a non actor, casting Ben Dickey in the central role alongside Alia Shawkat as well as getting Sam Rockwell involved, what sets it apart from the glut of music biopics being released this year and what he hoped viewers would take away from the movie. He also reflected on the success of 2017’s First Reformed, which has just been nominated for three Gotham awards, including best actor for his role.

This was definitely an LFF highlight for us – A-listers don’t often come as down to earth as this!

Blaze does not yet have a UK release date. Read our review here.

Watch the trailer for Blaze here