Macbeth at the Barbican 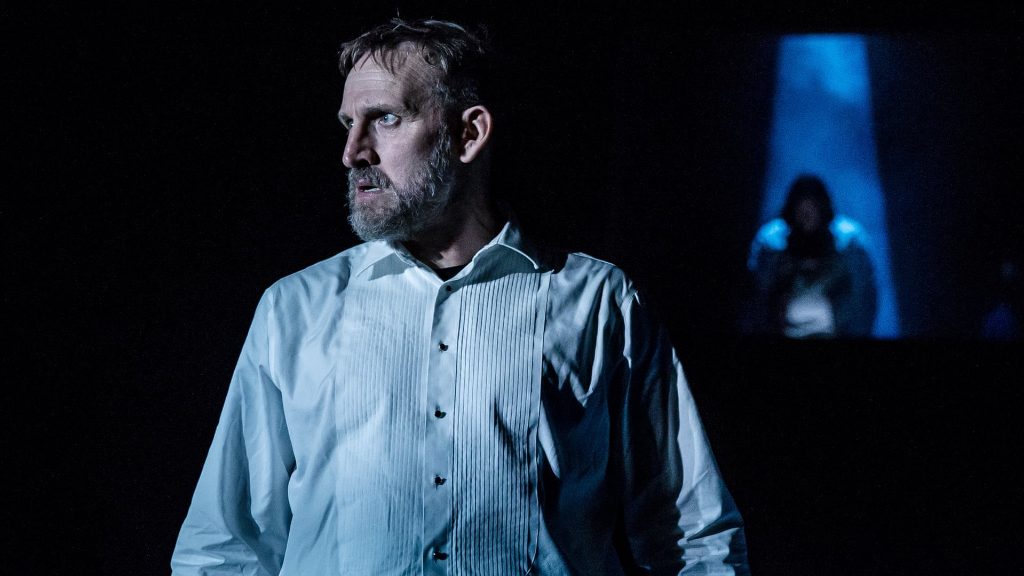 Macbeth at the Barbican | Theatre review

Well! It turns out the Scottish play is a horror film now. And not only a horror film, but one of the most cliché-ridden types imaginable. Featuring some excellent casting and beautiful set designs, the RSC’s staging of one of the Bard’s finest plays could have been a smashing success, but clumsy choices – especially the ridiculously over-the-top inclusion of horror elements – mar the performance significantly.

And it’s a pity, because Shakespeare’s Macbeth would be an excellent tragedy through which to portray some gothic elements. With a plot involving mysterious witches predicting the ascension of the titular protagonist to the throne – which entails stepping over corpses in order to achieve his goals – as well as ghostly encounters at dinner parties, there is plenty of room to work with in making this an excellently haunting production. But the keyword here is subtlety.

Instead, Polly Findlay seems to have read a book on the 100 most common horror clichés and included all of them in her vision. A digital doomsday clock counting down the minutes until Macbeth’s demise? Check. Creepy children on swings with eerie music? Check. Haunting sounds at every single transitional scene? Check. At times it feels more like watching a horror B-movie than a serious drama – and when coupled with Shakespeare’s magnificent writing, this just becomes absurd at times. Occasionally, even laughable.

It doesn’t help that the cast doesn’t work well together, either. That’s not to say that they aren’t good actors in their own right – Christopher Eccleston and Niamh Cusack are fantastic as the marvellously malicious Macbeths, and Edward Bennett gives one of the most heart-wrenching performances as Macduff in his reaction to the news of his family’s slaughter in recent years – but they just don’t work well together. Eccleston is a particularly militaristic and sporty Macbeth, whereas Bennett’s Macduff is slow and solemn. How on earth would he defeat a soldier in a one-on-one brawl, who’s made out to be practically unbeatable, when he seems to lack any kind of training?

Nevertheless, Findlay’s Macbeth is still perfectly engaging. The dark-toned set designs and some of the individual effects are very powerful, and most of the acting is lovely and believable. The flaws don’t make it unwatchable, but rather push it into the unintentionally comedic direction – which still leaves it room to be watched and enjoyed. While not a smashing success, the production is still good for a night’s out and will leave most audiences entertained.

Macbeth is at the Barbican from 15th October until 18th January 2019. For further information or to book visit the theatre’s website here.

Watch the trailer for Macbeth here: 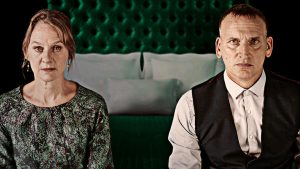