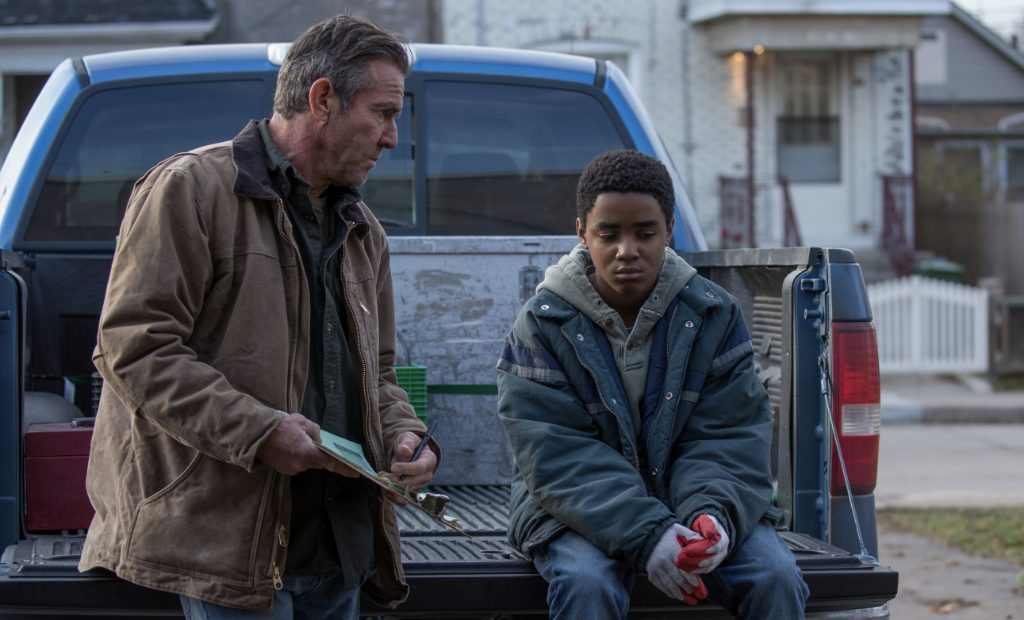 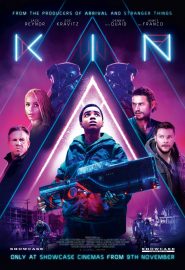 Searching through a derelict warehouse for copper wire to sell, troubled teenager Eli (Myles Truitt) discovers the bodies of futuristic-looking soldiers and an otherworldly weapon, which only responds to his touch. It’s this weapon that protects Eli and stepbrother Jimmy (Jack Reynor) when they are forced to go on the run from various people in pursuit of them. Relative newcomer Truitt impresses in this action / sci-fi hybrid with a heart. All too often with these types of films we find ourselves bombarded with CGI, special effects and endless action, which might inject instantaneous excitement but ultimately makes for something indistinctive and forgettable. Audiences want to be extracted from reality and offered a cinematic experience but if the characters are well developed and we care about them, this experience is more likely to hold our attention and stay with us after the credits roll – and this is one of the reasons Kin works. Written and directed by twins Jonathan and Josh Barker, their sibling relationship was no doubt a contributory factor to the characters we get to know and follow throughout this journey.

The indie vibe of the film, which blends road-trip drama, action thriller with a dash of sci-fi thrown in, allows Kin to appeal to a wide audience demographic. Hardcore sci-fi adventure fans might be disappointed with the limited action sequences but when we are presented with the high-octane scenes, the CGI and visual effects, we are not disappointed. Furthermore these moments seem even more exciting and effective because they draw us out of the well established reality of our characters, almost forcing us to see and experience them through their eyes. Truitt is impressive and his rapport with Reynor believable. James Franco seems to be enjoying himself, although the character is somewhat two dimensional and underdeveloped. Zoë Kravitz brings warmth as Milly, one of the notably few female characters, but it would have been nicer had she been awarded further screen time.

This will almost certainly appeal to fans of Stranger Things, no great surprise considering producer Shawn Levy is involved. That same sense of companionship and character-driven drama intertwined with the otherworldly radiates through here, although this is far from a carbon copy. In fact, the Baker boys are asserting their own style, successfully offering us something slightly different to what we might have expected.

Kin is released in Showcase cinemas on 9th November and on digital download on 12th November 2018.

Watch the trailer for Kin here: