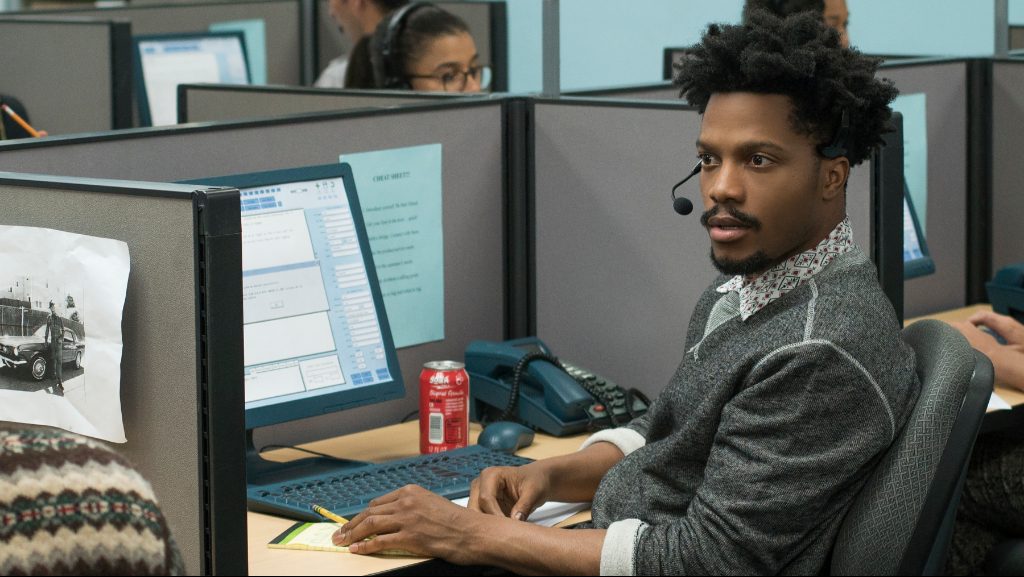 Sorry to Bother You | Movie review 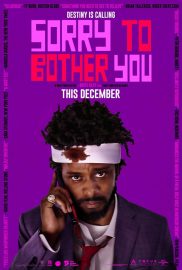 The pitfalls of corporate America are hilariously lampooned in rapper/writer/director Boots Riley’s Sorry to Bother You, an insane and clever satire that spotlights organisational oppression, racism and the absurdities of a consumerist culture.

“If you get shown a problem, but have no idea how to control it, you just decide to get used to the problem.”  In fact countering this notion of helplessness, the movie defies it with an ingeniously original and wacky tongue-in-cheek roasting of institutional norms.

Cassius “Cash” Green (Lakeith Stanfield) is a youngish African-American man trying to survive by taking on a telemarketing gig at an encyclopaedia company called Regal View, where his veteran salesman colleague Langston’s (Danny Glover) key piece of advice is “use your white voice” (dubbed by Patton Oswalt and David Cross) – a strategy that propels Cassius to sales stardom. With his activist girlfriend Detroit (Tessa Thompson), he moves out of his uncle’s (Terry Crews) garage to upscale new digs. While his friends seek to form a trade union, Cassius has succumbed to ambition and sold out to “The Man”. The story delves into sci-fi surrealism when the protagonist discovers what the company is actually selling.

When we thought corporate domination couldn’t get worse, Riley’s imagination has conjured a new and weirder form of tyranny, with crazy dark secrets and over-the-top sinister methods of employee indoctrination and slavery. Of course, TV is a central source of brainwashing in this socio-political farce, and the most popular shows are such as “I Got the S— Kicked Out of Me”, while ads promote a system called “Worry Free Living”, which seeks to convince black men that prison is their best option. Blatant racism disguised as success incentives meets uncomfortable ridicule in scenes such as Cassius’s inclusion at a top level, all-white party at which the group demand in unison that he “rap, rap, rap”.

The movie’s set and cinematography – complemented by a dynamic soundtrack – successfully unify a narrative that combines classic comedy with cartoon-effects, biting political criticism, the otherworldly and prolific inventiveness

With nods to classics like Terry Gilliam’s Brazil and Mike Judge’s Idiocracy, and similarities to Get Out by Jordan Peele, Sorry to Bother You likewise highlights with unbridled creativity and humour the absurdities of capitalist excess and hypocrisy. Witty, thought-provoking and intriguing, Riley’s directorial debut is refreshingly rebellious, astutely on-point and wildly entertaining.

Sorry to Bother You is released nationwide on 7th December 2018.

Watch the trailer for Sorry to Bother You here: