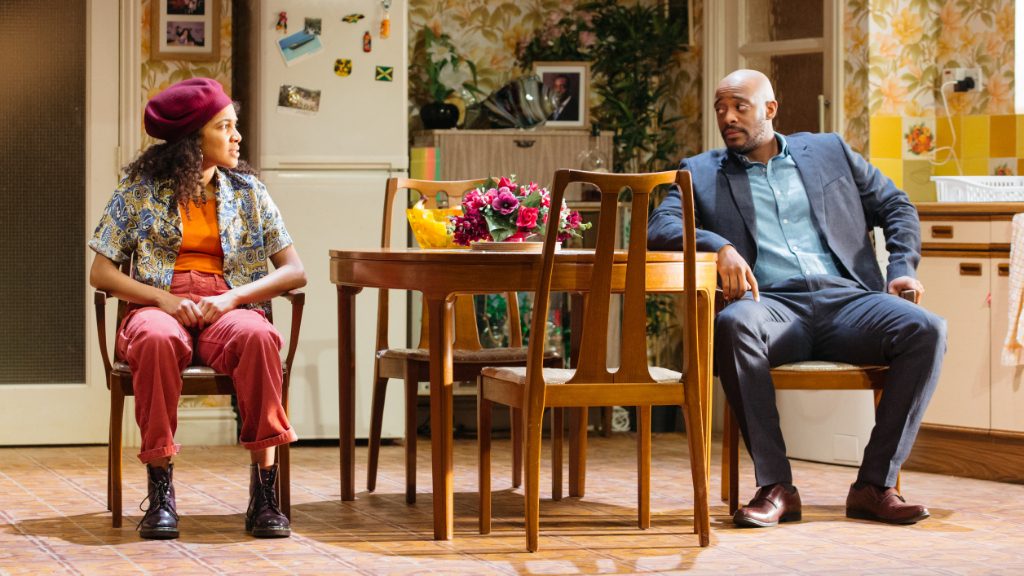 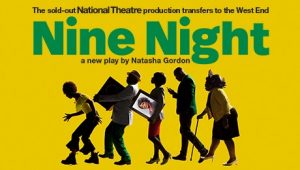 Newly transferred from The National Theatre, Nine Night tells the story of a grieving inter-generational West Indian family as they come to terms with the death of their beloved matriarch. The title is taken from the nine days of mourning, a tradition that was first practised by West Africans.

In a homely kitchen, Anita (Rebekah Murrell) prepares tea for her mum, Lorraine (played by writer-actor Natasha Gordon). It is deduced early on that there is an ill family member upstairs, the mother of Lorraine and Robert (Oliver Alvin-Wilson). After her passing, Gloria is missed and lovingly remembered (by most), though she never makes an appearance. As an older couple enter – Aunt Maggie and Uncle Vince – there is some comic relief, thanks largely to the one-liners of the former, portrayed brilliantly by Cecilia Noble. Both devout and sassy, her character always has something to say, her retorts producing peals of laughter from viewers – one such instance being when she refers to her Freedom Pass as “the only decent ting me get from this teefing government.” It may be hard for some audiences to understand the strong Jamaican Patois, lines becoming lost amidst the audience’s chuckles, but you learn to decipher as the play progresses.

First-time writer Gordon brings family rituals to life. Every character in the production grieves in their own way: there is Robert, the only son, who hides his tears from everyone; Lorraine, mother to Anita and all-round maternal figure, trying to get through the nights while honouring her mother. Robert’s relationship with partner Sophie (Hattie Ladbury) details the sensitive issues around mixed-race couples, illustrating how, in some cases, the white individual is readily accepted into the black families, but the same cannot be said vice versa.

Robert and Lorraine’s sibling rivalry rises to the fore, culminating with the arrival of their half-sister, Trudy, portrayed incredibly by Michelle Greenidge. The tensions between the brother and sister pose real-life questions with a visceral frankness: what do you do with the property of the recently departed, and when is it the appropriate time to put things in order?

The play’s intense denouement leaves you breathless, reflecting the grief at the heart of Nine Night. Gordon’s drama is wholesome, humane and hilarious – particularly to those of West Indian heritage – and the cast are excellent in their roles, directed adeptly by Roy Alexander Weise. Grief and family bonds are handled with pathos and a humour that has the audience in fits of laughter throughout, and in tears at the end.

Nine Night is at Trafalgar Studios from 1st December until 23rd February 2019. For further information or to book visit the theatre’s website here. 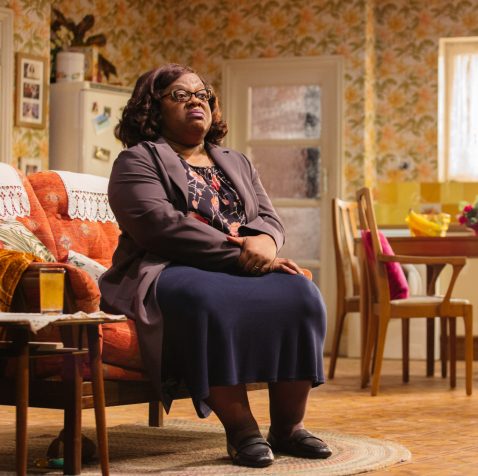 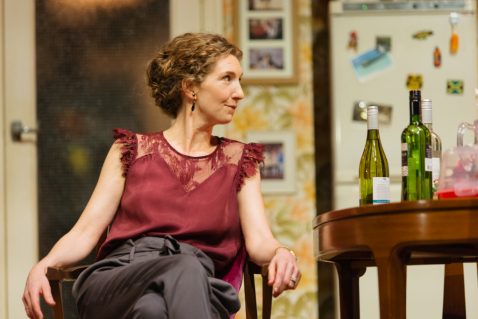 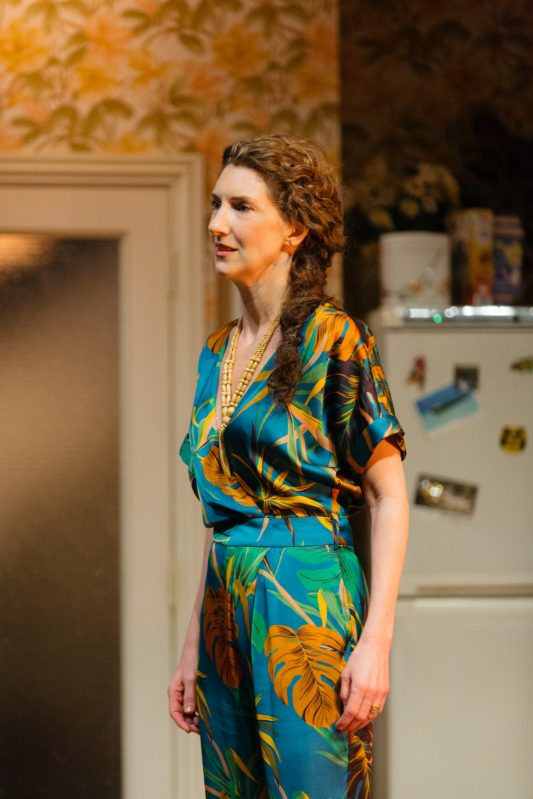 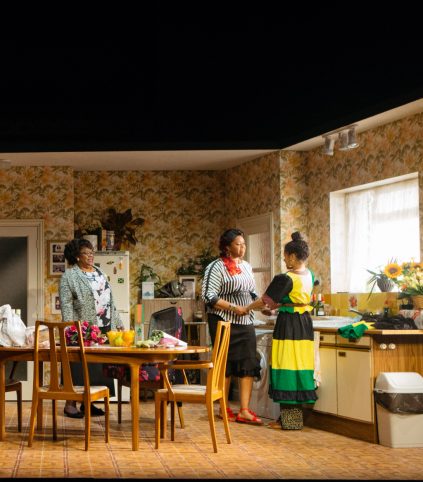 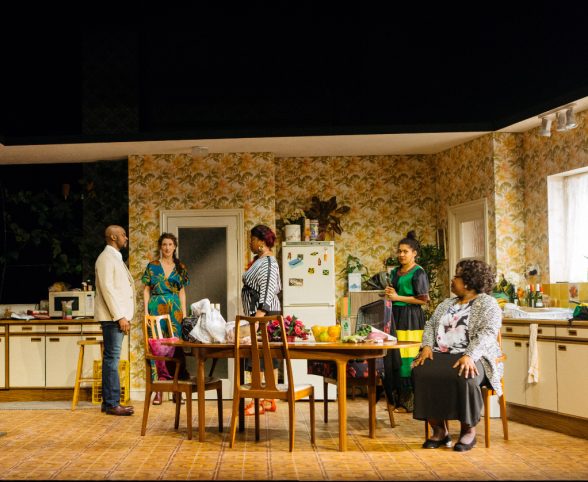 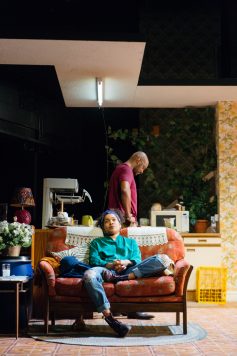 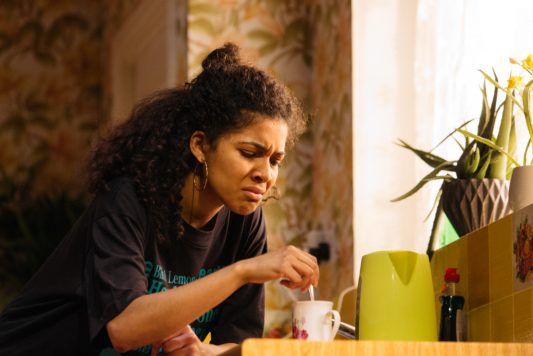 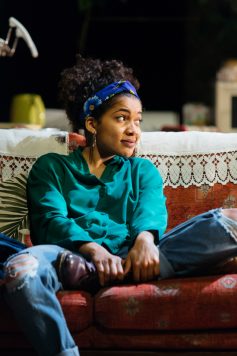 Watch an interview with writer Natasha Gordon and director Roy Alexander Weise below:

A Christmas Carol at the Old Vic | Theatre review
Spider-man: Into the Spider-verse | Movie review