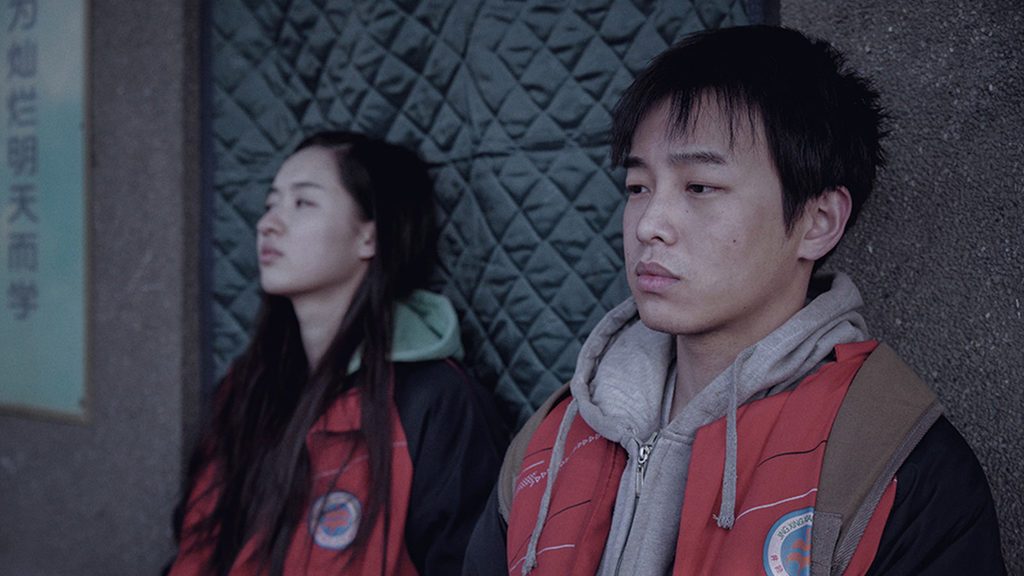 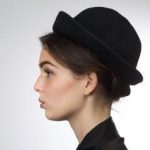 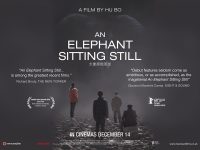 Set in a modern China that is eroding under economic hardship, An Elephant Sitting Still follows four protagonists over one day as they are pushed to desperation by their bleak and punishing circumstances. From daybreak on one tumultuous morning, their paths interweave until they are brought together at dusk, at the time of the train departing for Manzhouli. It is rumoured that at their destination, an elephant simply sits and watches the world go by, unaffected and unmoved by the world’s misery.

For Wei Bu (Yuchang Peng), who accidentally pushes a boy at school down the stairs, running away is the only answer, and reaching the city becomes his obsession. For others, there is no way out. Yu Cheng (Yu Zhang) watches a friend jump from his apartment window, while another boy puts a gun to his own head in tragic resignation: “The world is just disgusting.” It’s a scene given all the more pathos by director Hu Bo’s own tragic suicide in 2017, before the feature was even finished.

The filmmaker sets up a distinctive lens through which his audience will see this world. At first, the experience is unsettling, Hu manipulating the camera so that an entire scene might remain out of focus, but for the one character or element that he wants us to see. However, this play of revelation and concealment conspires to heighten the central anguish of the film; the audience yearn to escape beyond their restricted viewpoint towards clarity, just like the protagonists.

This is a heavy piece of cinema, and a long one. Playing out over four hours, the events of the picture unfold as if in real time. There is almost no music, no colour, or action. All we have is the humanity displayed on-screen, showcased through the rawest, most soul-baring of performances by an exceptionally talented cast.

It is not clear whether the ending of An elephant Standing Still represents a resolution or a deliberate lack thereof. “By not going, you learn to live with it here,” says the old Wang Jin to the youngsters departing for Manzhouli. The years have taught him that searching for a better life is futile. And yet, he joins them on their pilgrimage. So then there is some hope for Hu’s characters, who choose to keep searching for greater meaning – a hope that, tragically, the young director was unable to keep alive in himself.

An Elephant Sitting Still is released in select cinemas on 14th December 2018.

Watch the trailer for An Elephant Sitting Still here: