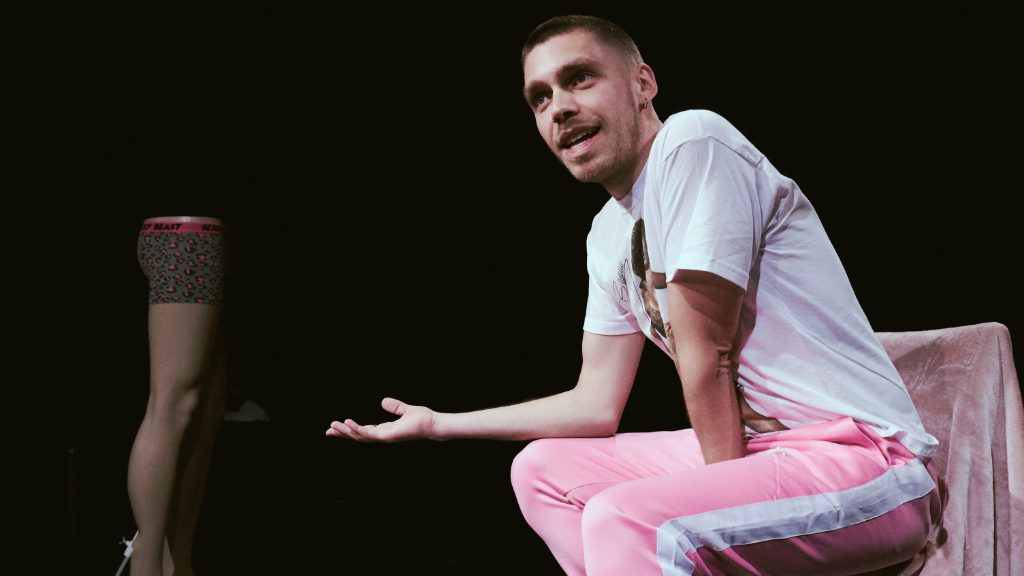 Willy Hudson’s one-man, one-hour, one-bottom, one-Beyoncé and one-Ukulele show is a coming-of-age story centred specifically around an element of LGBTQ+ politics that is often asked about but rarely discussed. Whether it’s on a date, an app or a night out, the question of “top or bottom?” is bound to surface pretty quickly.

Bottom takes this matter as its guiding theme, using it to explore other issues which often face young queer people in London, such as casual zero-hours employment, flatmates and the search for love in a city of 10 million (eight to nine million of whom are on Tinder).

Hudson’s stand-in mannikin (or the lower half of it at least) watches over the entire performance, keeping vigil as a constant reminder of his bottom and its primacy in his quest for love. Periodically, this symbol is shocked back into the audience’s consciousness with electric vibrancy thanks to the show’s excellent sound and light design. The production is about life, love and sexual politics in the digital age, and the technical team are absolutely crucial to that.

At its heart though, Bottom still relies on storytelling and performance to constantly engage its audience, whether directly – “What’s your favourite Beyoncé song?”/ “Help me get dressed please!” – or indirectly with a subject matter that continually challenges preconceptions and easy ideas. This is an intimate exploration of sexuality and politics. There are moments which shock (largely centred around a tub of Nutella or other generic chocolate and nut spread). Yet there is also a tenderness and a vulnerability which let the audience in. Yes, there is politics, and LGBTQ+ history, but this is much more memoir than manifesto.

Occasionally the narrative could and structure could be tighter, but this is a brave and bold piece of theatre that’s funny, thought-provoking and surprising.

Bottom is at Soho Theatre from 18th December until 5th January 2019. For further information or to book visit the theatre’s website here. 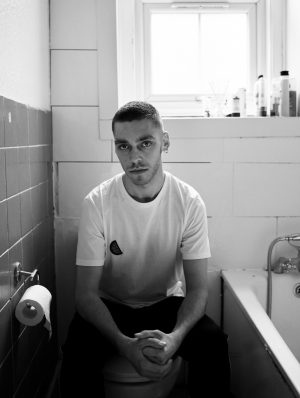 Pisqu in Fitzrovia: A taste of Peru
Bumblebee | Movie review