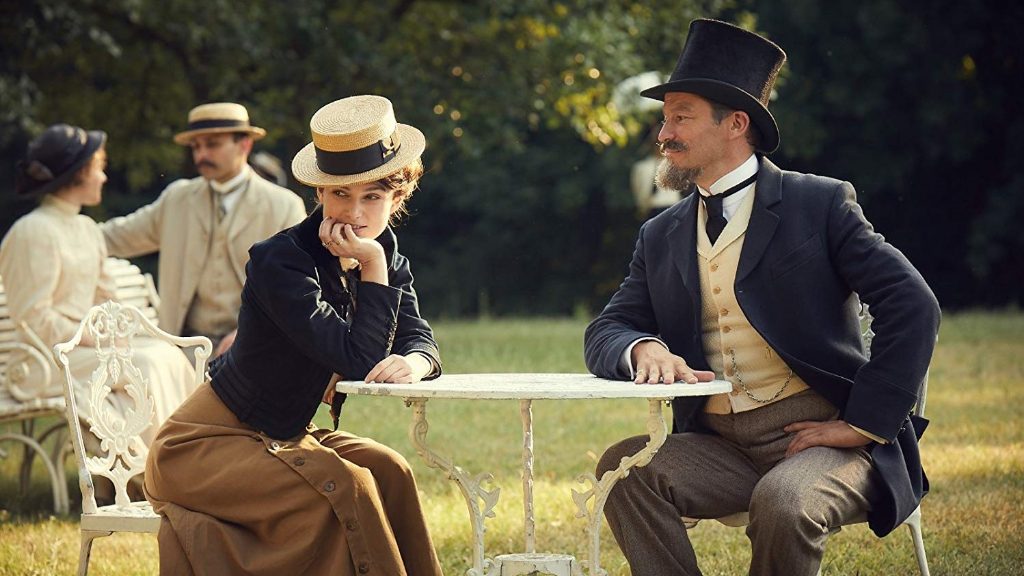 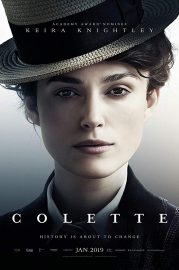 British director Wash Westmoreland’s biopic explores the life of France’s most celebrated female writer Sidonie-Gabrielle Colette. Starring Keira Knightley as the effervescent and witty artist, the film is a powerful portrait of one woman’s strength, intelligence and vibrancy in the face of the fierce sexism and gendered stereotypes of 20th Century Paris.

The director predominantly focuses on the author’s life through her 20s, from marrying rampant philanderer Henry Gauthier-Villars (Willy) – portrayed with a pitying exuberance by Dominic West – to her growing individualism and relationships with women. Colette’s boredom and feelings of dissatisfaction are apparent early on as the couple attend dinners with guests she finds “shallow and pretentious.” Soon after, Willy obtains the idea to launch a novel, which becomes the critically acclaimed Claudine series, written by Colette and based around her childhood.

As with last year’s drama, The Wife, where a husband (again) takes all the credit from his wife’s work, this movie reveals the duplicitous nature of Willy. Though the cast perform well, Knightley shines as the lead. Beguiling with coquettish glances at her admirers, followed by empowering speeches defending her rights, it is this dexterity that makes her performance incandescent. Westmoreland explores Colette’s sexuality first through her relationship with American Southern belle Georgie Raoul-Dul, played by British actress Eleanor Tomlinson – whose accent, on a side note, requires some improvement – followed by the burgeoning bond with French noblewoman Missy (Denise Gough) in a society overruled by men.

The feature reveals the development of the protagonist’s independence as she turns to theatre and music halls to earn some money. With verdant scenery and an accurate turn-of-the-century depiction of Paris – including exquisite costume designs by Andrea Flesch – Colette is a biography that not only celebrates the titular writer’s life, but also inspires one to read her novels as soon as the credits roll.

The film couldn’t have arrived at a more apt time; with non-binary and gender fluid matters emerging across the spectrum, Colette’s personal story presents an inspirational and remarkable woman paving the way for future female artists. As Willy puts it, “it’s the hand that holds the pen that writes history.”

Watch the trailer for Colette here: