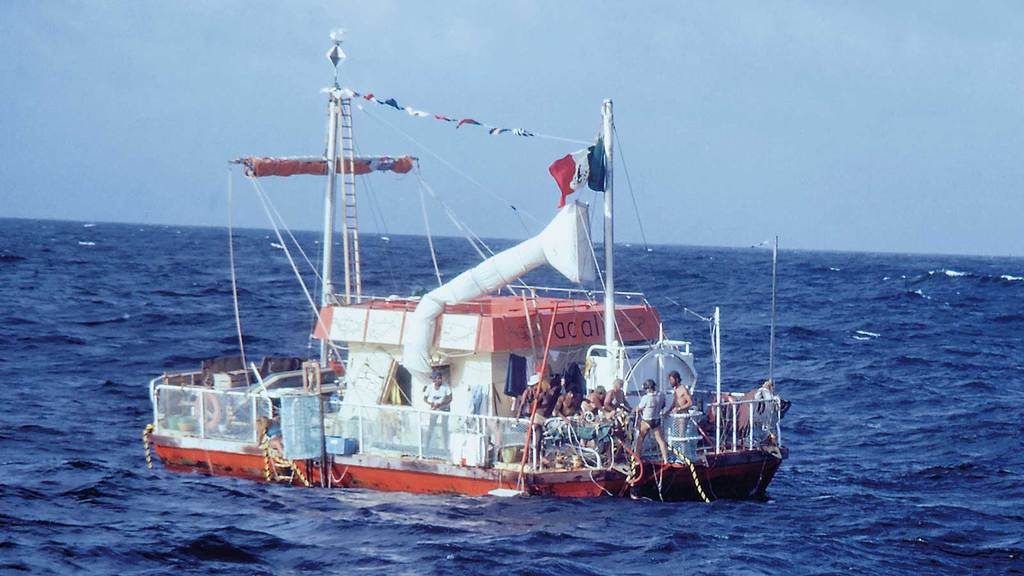 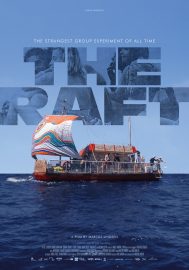 43 years after a group of volunteers from various ethnic backgrounds drifted across the Atlantic as part of a social experiment designed to examine the violent and sexual aspects of human nature, The Raft reunites six of the surviving participants, exploring their intimate experiences on what the media had dubbed “The Sex Raft”. Combining the talking heads format alongside archive footage taken during the trip and extracts of notes taken by the scientists conducting the study, filmmaker Marcus Lindeen is able to take what is already an enthralling examination of humanity and ground it into something much more spectacular and beautifully human.

As the film alternates from archive footage to conversations between a selection of the participants in the present day on a wooden reconstruction of the vessel they inhabited together for three months at sea, the director manages to expertly weave a thoughtful engagement with the narrative of events as they unfold. Each participant is unflinchingly honest in their evaluation of their time aboard the Acali, which serves to render their stories all the more tangible and extraordinary. Likewise, watching the group interact with each other after all these years leads to many emotionally poignant and heartfelt moments throughout that are powerful to witness.

Moreover, despite its minimalistic presentation, the documentary is filled with plenty of charm as it recreates scenarios with minimal resources but a lot of creativity – for instance using fire extinguishers and lights to simulate a hurricane. As well as providing humorous additions, choosing not to replicate events with a bigger budget and cast prevents the reenactments from taking away from the personal narratives being delivered.

However, what makes this documentary stand out is how it subverts the narrative expectations that were promised in the outset to instead create something much more poignant: a celebration, rather than critique, of the human condition. Although the experiment takes frequent sharp turns, the focus always remains on what the ordeal revealed rather than what happened. Given the significance of the outcome, it’s strange that the film doesn’t give any further information about the fate of the experiment and its researcher.

Working as both a claustrophobic tale of survival and a celebration of the human spirit, The Raft is an intriguing and engaging documentary on every level that dives deep below the surface of a unique social experiment to uncover a triumphant parable ideal for our current social climate.

The Raft is released in select cinemas on 18th January 2019.

Watch the trailer for The Raft here: