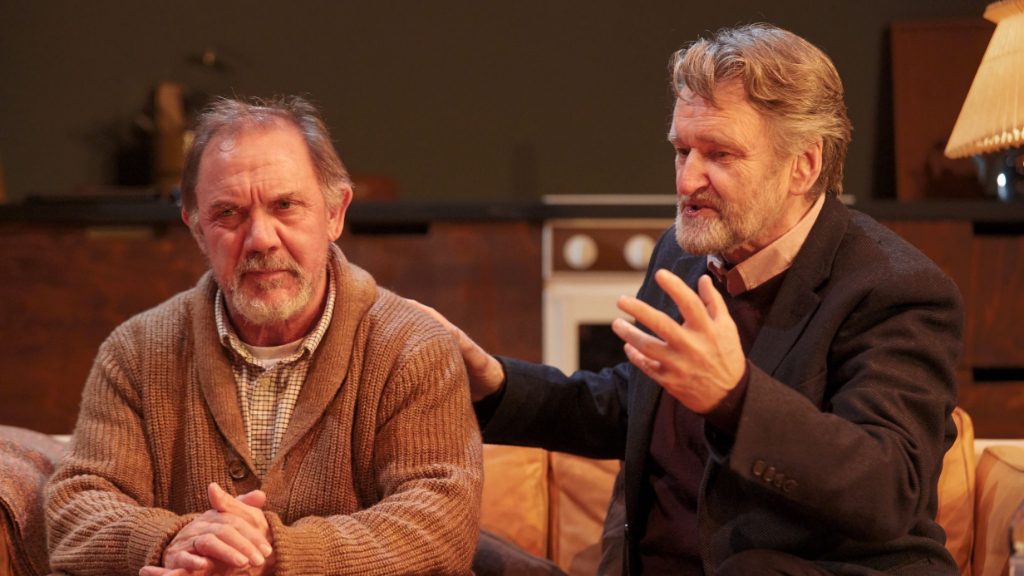 Rosenbaum’s Rescue – equal parts kitchen sink drama and lofty philosophical contemplation piece – challenges the fraught nature of our relationships, not only with each other but also with the myths we tell ourselves every day. Unpicking the truth behind the flight of Danish Jews to Sweden to escape the Nazis, the play calls into question the extent to which we believe the stories we tell, or tell the stories we come to believe.

The simple, pastel palette of the Rosenbaum household, amongst its religious ornaments and snapshots of distant family, conceals a fiery web of domestic tensions stretching from the present day (2001) to the contested events of October 1943: who sacrificed what, and at what cost? While focussed on the starkly opposed figures of the devout Abraham Rosenbaum (David Bamber) and the relentless historian-cum-friend Lars (Neil McCaul), A Bodin Saphir’s work flits playfully – sometimes superficially – with the humorous repartee of Rosenbaum, his patient wife Sara (Julia Swift), youth of today stand-in Eva (Dorothea Myer-Bennett) and Lars. However, with its titular nod to personal salvation, the piece pronounces its clearest moments in the raging discord between Lars and Abraham, who are fighting for both pride and legacies much larger themselves.

Minimalistic and bordering on clinical, the unchanging set reminds us of the conditions determining the narrative: reluctant guests trapped by a blizzard. The living room becomes the site of esoteric monologues on the sanctity of truth, the arduousness of faith, the value of life and beyond, to the point of exhaustion. Coupled with well-timed twists and revelations, the production threatens to shake itself to pieces with emotion. At times, sincerity is undercut by the sheer weight of drama, or poorly timed familial quips, while some of the laboured writing begins to leave the play – which is so focussed on the act of interpretation – feeling a little obvious.

Infrequent radio mumbles about refugees arriving in Denmark provide a subtle touchstone for the characters who, obsessed with the past and acts of savagery and kindness, fail to see the cruel irony in their lack of compassion for the present. Sara’s pleas for open-mindedness are met by audible outrage from the audience, one of many moments in the piece which see the anxieties of today writ small. Powerful and at times deeply poignant, Rosenbaum’s Rescue is a meditation on learning lessons from the past – lessons occasionally delivered with the effect of a lecture.

Rosenbaum’s Rescue is at Park Theatre from 15th January until 5th February 2019. For further information or to book visit the theatre’s website here. 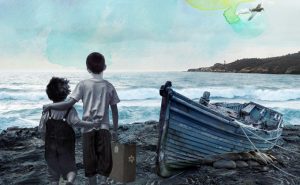