An Audience with Yasmine Day 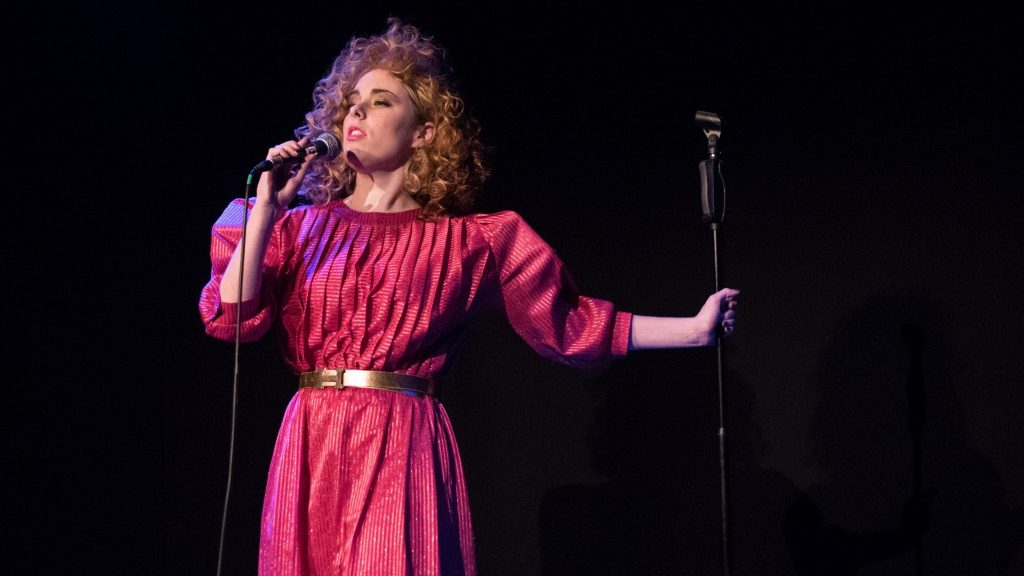 An Audience with Yasmine Day | Review

The Pointer Sisters’ Jump (For My Love) blares out of the speakers followed by Bonnie Tyler’s Total Eclipse of the Heart, the audience turning around with the main verses as Bennett enters in a flouncy pink dress, complete with thick shoulder pads and a large, golden-blonde perm. The solo performer hands out talcum powder and plastic candles from her bum bag, creating a crude stage setup with the help of the crowd.

Attempting to produce new songs spontaneously with people’s names as part of her skits, Yasmine ignores the proffered name Simon and opts for Oliver – one of the three spectators she uses for the rest of the show. Singing a rendition of Bonnie Tyler’s popular single in only vowels sets the audience laughing hysterically, the performer’s wide-eyed enthusiasm and authentic-looking costume doing the trick. The comedian then selects another unassuming spectator, singing Tiffany’s I Think We’re Alone Now, commanding onlookers to turn round and face the sound technician and placing a McCoy’s crisps box over them both, the audience interaction well-received.

Having previously performed at both Camden and Buxton Fringe, Bennett’s first solo show is a work in progress, and like all comedy, it’s subjective. There are some moderately amusing parts, like when Yasmine eats a Berocca vitamin tablet with water and saliva slurping down her orange chin, but overall, the piece feels slapdash and untidy. The comedian’s covers of classics are more praise-worthy, especially a rendition of Gerry Rafferty’s Baker Street, complete with a silly saxophone solo played on a mouthpiece.

An Audience with Yasmine Day was at Vault Festival Pit on 24th January 2019.