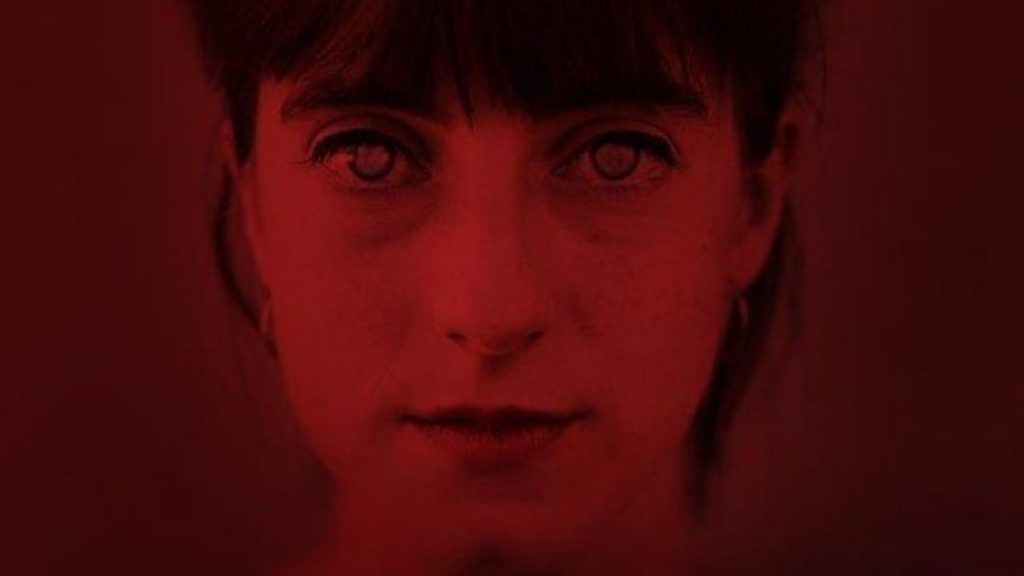 Three window blinds hang centre stage as a woman enters from the left, exclaiming, “No sleep tonight”. In Vault Festival’s Studio, the rumble of trains recurrently echo, but it is reasonably easy to remain focused, due to Grace Chilton’s intense portrayal of the solitary Ann, creating a world of mystery and paranoia that culminates in violence.

Ann lives alone, obsessed with watching the lives of her neighbours with names she’s assigned like “Miss Agoraphobic” and “Miss Credit Card”. Dressed in a dark skirt and plain cardigan, with strands of hair coming loose, Chilton is the epitome of a woman approaching madness. When a new tenant moves in to the block of flats, Ann is certain he lives with his daughter, something the neighbour denies. Does she see a little girl with matted blonde hair, or are Ann’s troublesome eyes deceiving her?

Created by London-based Brooke Robinson, Dangerous Lenses is an absorbing breakdown of one woman’s mental state. Having created 2018’s Good Cook. Friendly. Clean. – a darkly comic play about emotional collapse set around millennial house-sharing in Sydney – it isn’t altogether surprising the Australian writer focuses again on similar issues, incorporating dark humour as a buffer for the bleak matters at hand, with funny asides. Scenes where the protagonist is physically shaken are incredibly tense and bewitching, Martha Godfrey’s lighting unsettling in the intimate space.

Robinson’s domestic mystery is familiar and reads like a gripping short story. Ann produces sympathy, and Chilton is excellent as the recluse and sole performer on stage; working in a chocolate production line, the actress re-enacts action sequences realistically, whilst keeping pace of the character’s frantic personality through swift dialogue. Her concern for the safety of a minor is completely valid, yet we question what’s real and what may be remnants of her trauma in having previously witnessed a boy being physically abused by his mother. Dangerous Lenses is a sharp account into the effects of loneliness, manic behaviour, and the determination to save an innocent child, whatever the cost.

Dangerous Lenses is at the Studio from 23rd until 27th January 2019. For further information or to book visit the show’s festival page website here. 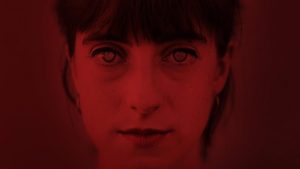