“It’s important to me that everyone of every age and gender connects to the story”: An interview with Hear Me Howl playwright Lydia Rynne 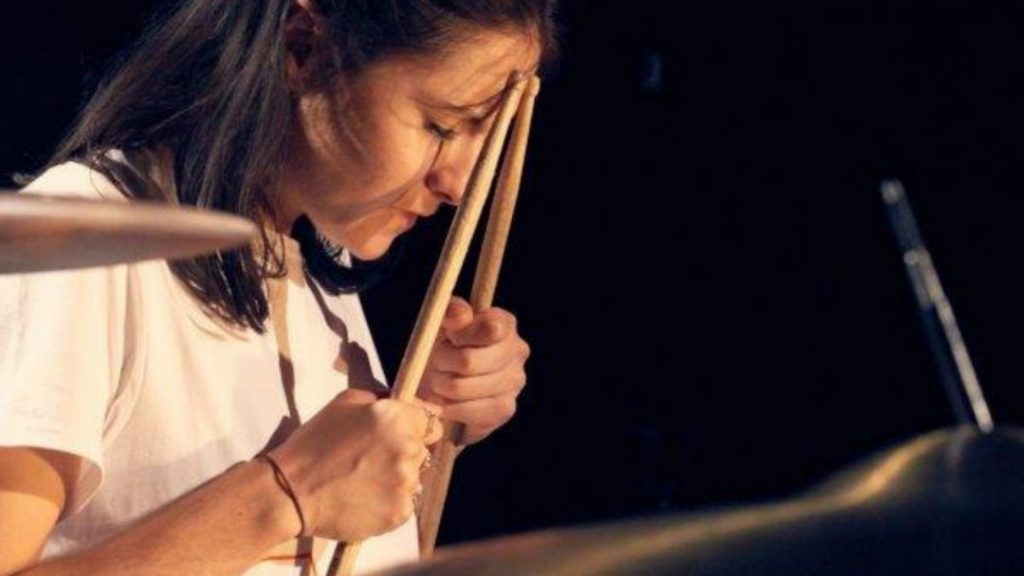 “It’s important to me that everyone of every age and gender connects to the story”: An interview with Hear Me Howl playwright Lydia Rynne

As the role of women has changed considerably, expectations have remained relatively the same. If a woman decides not to be a mother, there’s still a certain stigma attached. In comparison, men around 30 years old are usually asked questions centred on their financial means and career choices.

From writer Lydia Rynne (Soho Theatre Writer Alumnus, NFTS Odeon Scholar and Creative England’s Funny Girls finalist), comes a new play challenging this conversation. Hear Me Howl‘s protagonist Jess confronts her doubts, society’s expectations and her journey through post-punk – with the help of her drum kit – in a funny and moving late coming-of-age story about the modern woman. 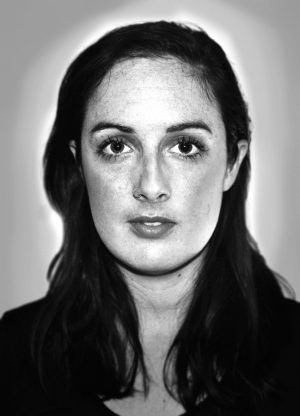 The play is directed by Kay Michael with drummer Fay Milton as musical consultant, and is back in London at Vault Festival after a successful run at the Old Red Lion Theatre last year. We caught up with Rynne to talk about what inspired her to write this one-woman play, why drums are its character’s perfect weapon and what it’s been like working with Fay Milton.

Hi Lydia. Thanks for chatting with us. What was the initial inspiration behind Hear Me Howl?

I have seen and read many pieces of fiction about people trying to conceive but none about people, and specifically women, actively choosing not to procreate. Famous women are constantly, and publicly, asked if/when they will think about kids, while their male counterparts are asked about their career plans. I, myself, have been nudged by complete strangers to not ignore the ticking of my biological clock. This play explores the mental health effects of this incessant, and inappropriate, discussion around women’s life and body choices.

How did you come up with the idea to incorporate drums into the show?

Since moving to south London, I started getting into the underground punk and post-punk scene. What stood out for me was how many of the bands chucking themselves around the stage with wild abandon hadn’t been playing their instruments for very long at all. There seemed to be an encouragement of imperfection, of risk-taking, of self-expression, that I hadn’t experienced before. There was one particular drummer who I loved watching – a woman who played literally as if no-one was watching. She looked like she was out of control and in control both at the same time. She looked completely free. So when I started writing this play, about a young woman who desperately needs an outlet for her pent-up rage, punk was the perfect genre, and drums were her perfect weapons.

What inspired you to work with Fay Milton of Savages?

I met Fay on a hungover car-share back from a music festival several years ago where we stopped at a pub somewhere next to a motorway for some triple-fried chips. Years later, Kay (the awesome director of Hear Me Howl) joined a book club where she just so happened to become pals with Fay. Kay and I had already begun workshopping this play, and imagined it would work perfectly performed with a drum kit, so it was clear the universe was pointing us in Fay’s direction. It also turns out Fay’s story isn’t that dissimilar to that of our character Jess – Fay also started the drums “late”, and hasn’t looked back since. She’s an amazing drummer so we’ve been thrilled to have her punk-rock expertise, teaching us how we can use the drums with full force. The politics of the play really resonate with Fay too, who is also known as a DJ with her club night Too Many Man, a party celebrating female-centric music of all genres. Fay was quite simply perfect for the show.

How was the experience combining drumming, post-punk and a late coming-of-age story?

At the heart of post-punk is a sense of rebellion and going against the norm – about being defiantly oneself in the face of oppression and expressing oneself fully. This is perfect for a late coming-of-age story about a woman who’s faced with an unplanned pregnancy and who now has to figure out the life she wants to lead. In this sense, turning 30 becomes an even greater milestone for our character; she’s left certain parts of her life behind, risen above people’s expectations of her and it’s like she’s learning to walk again as a new version of herself. It’s scary, full of unknowns, thrilling and joyous too. And the drums give her strength throughout. We have also, like Jess, tried to learn instruments for the first time, thrown ourselves into the underground punk scene, probably made tits out of ourselves, but learnt a lot about society’s expectations of women and their bodies along the way.

Are there any things in particular you would like viewers to take away from the show?

I hope the play will inspire discussion about the expectations we place on women to have children. But it’s also important to me that everyone of every age and gender connects to the story, which is in essence about the importance of self-expression and following your own path. It also has a hell of a lot of laughs and sick beats, so hopefully audiences will leave feeling inspired, pumped and maybe even take up drumming themselves – even if just on pots and pans in their kitchen, like the kids that, deep down, we all still are.

Have there been any audience reactions that have stayed with you, if so, what are they?

It’s been amazing listening to men’s responses, who have often said they felt like they had been inside a woman’s brain for the past hour – they always look a bit stunned, and full of the utmost respect for every woman in the room! “You Go Girl!” is a common response that makes us smile.

Are there any new ideas you are considering including in future productions?

Through Hear Me Howl, Kay and I have become more interested in how music can be an essential part of storytelling. We have also individually become more politicised, perhaps through developing this show, or because it’s pretty hard to ignore what’s going on in the world right now. Next I’d love to develop a show with a full band/group of musicians in the rehearsal room. Kay doesn’t know that yet, so we’ll have to have a chat and update you!

Hear Me Howl is at the Cavern from 30th January until 3rd February 2019. For further information or to book visit the show’s festival page here.