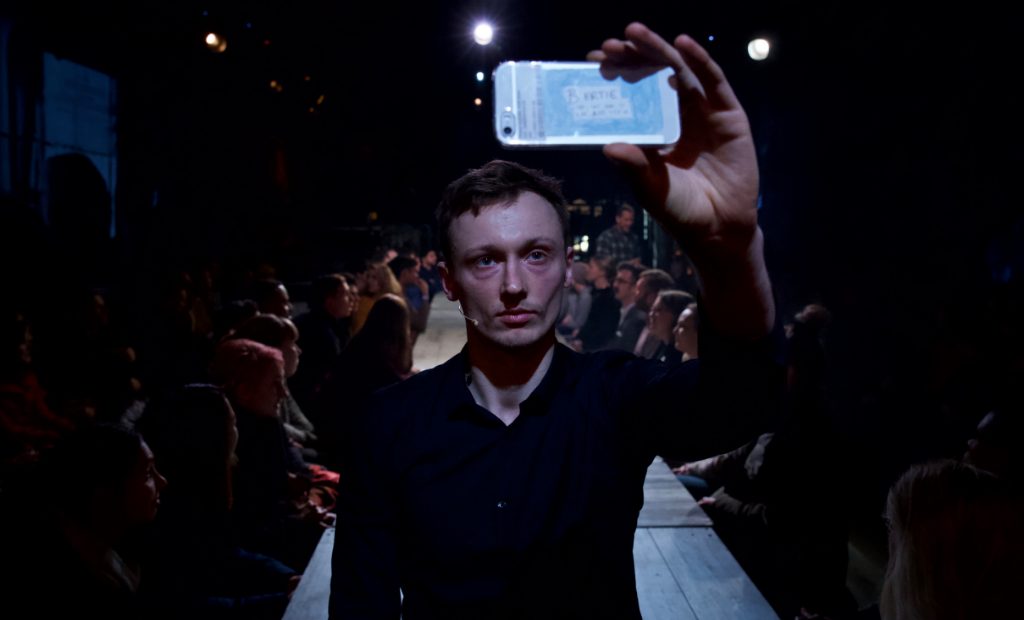 The reimagining of Belarus Free Theatre’s Counting Sheep is a theatrical experience like no other. Created by married couple Mark and Marichka Marczyk, who first met during the 2014 Ukrainian protests – he a Canadian musician, she a concert pianist – and directed by the company’s founding members Natalia Kaliada and Nicolai Khalezin, the show is an immersive production recreating the Kiev Uprising in the Ukrainian Revolution. The audience are separated into groups of active protesters and observers, the latter who are seated in the gallery – Counting Sheep is better experienced, rather than watching from the side-lines, which can feel tedious by the looks on some onlookers’ faces. Actor Michael Edwards (Mark) describes the show as “staging a revolution”, encouraging people to take pictures and videos for social media, which is followed by a brief lesson on East European cuisine. It is not every day you are fed at the theatre; the actors serve traditional pickled gherkins and borscht, with cups of vodka.

In this unique show, one moment you are dancing the waltz, celebrating love, the next it’s time to duck for cover as a bomb explodes, symbolised by drums and flashing strobe lights. Most of the initial act involves getting protesters participating, whether it’s forming a dancing human chain, which is interrupted by flickering news footage, while banners are made with Ukrainian slogans on them, or building barricades with bricks and sandbags. The intended message can be a little incoherent and would improve with subtitles for a foreign audience, alongside context to the Uprising, but a political revolution is messy, and the team’s efforts go unmissed. A definite highlight are the EDM trance tracks from the couple’s group, Balaklava Blues, sung by ethnomusicologist Marichka. Her voice sinks deep into the consciousness, so that though an East European revolution is far removed from the lives of everyday Londoners, the humanity stands clear. One such moving scene includes a contemporary dance routine signifying death, with real funeral material projected on screens. As Marichka sings touching folk music, the bodies are wrapped in a long white sheet, bringing to mind the countless genocides happening throughout history and now.

This is an inventive and very immersive production, filled with adrenaline and a passionate call for freedom, while being as close to an active revolution and still remaining in a safe space. However, what lacks is a clear political context, which is lost in the action, though ultimately the couple’s love shines through.

Counting Sheep is at the Forge from 23rd January until 17th March 2019. For further information or to book visit the show’s festival page here. 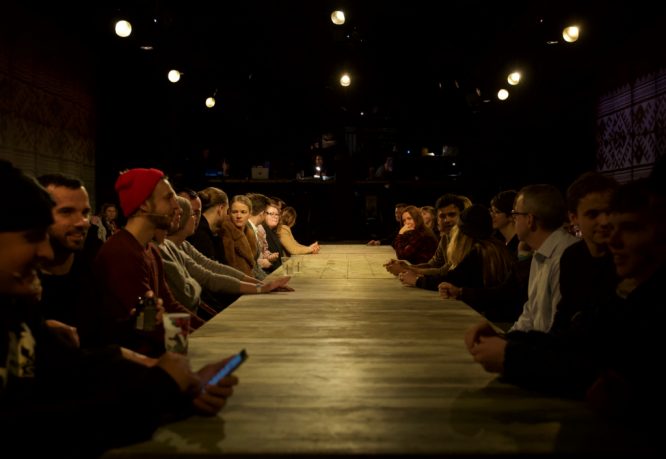 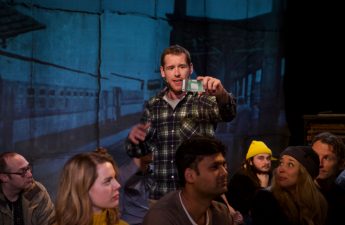 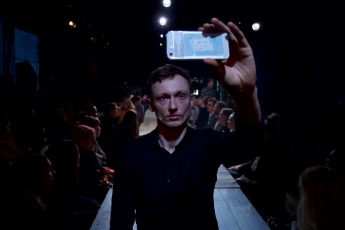 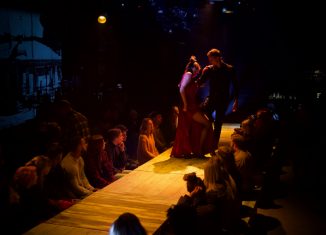 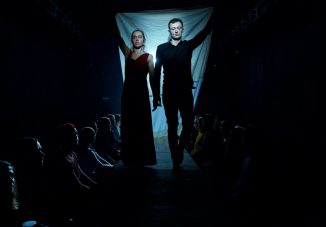 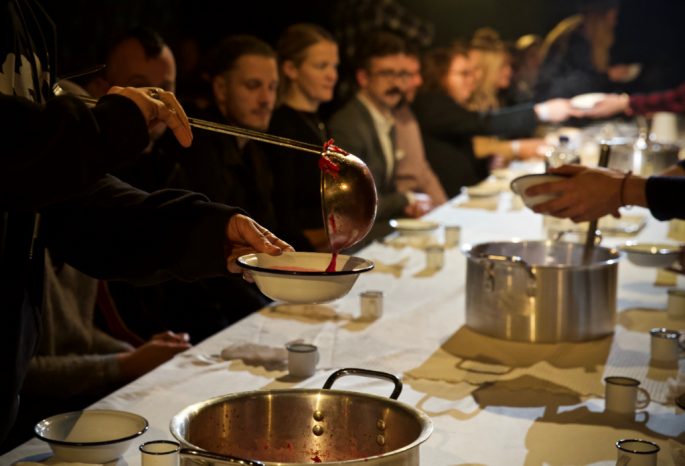 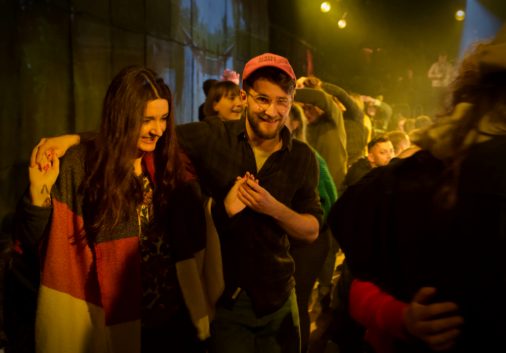 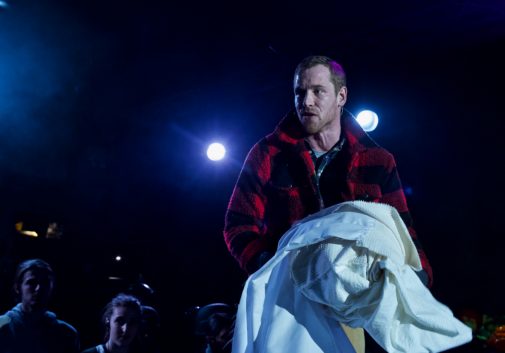 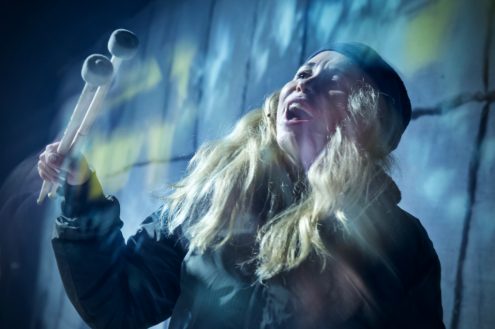 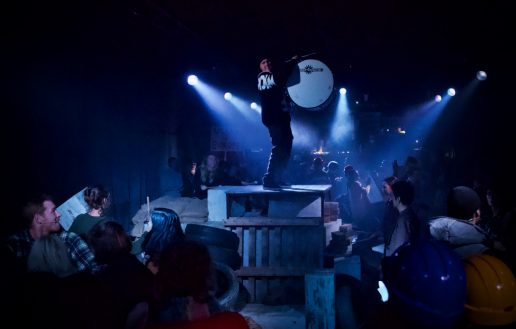 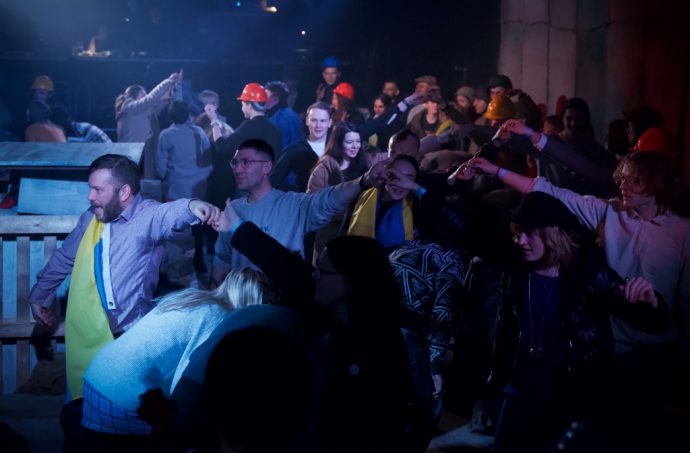 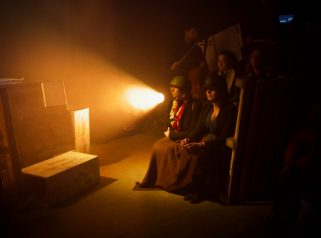 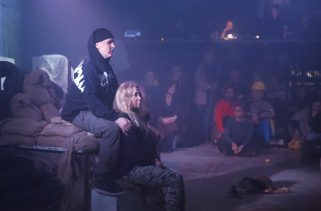 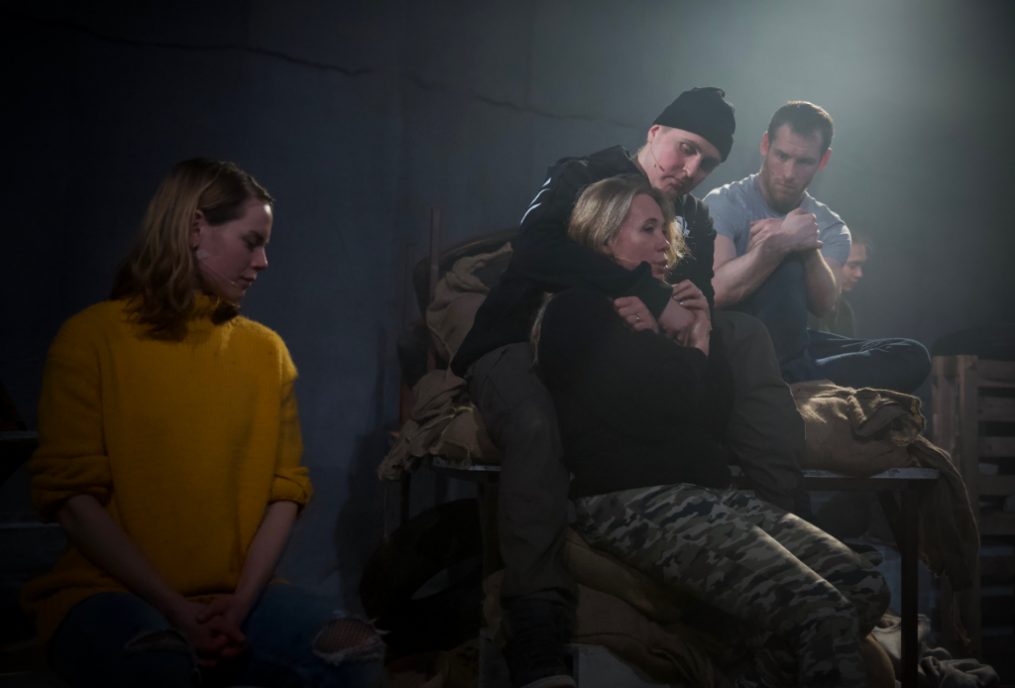 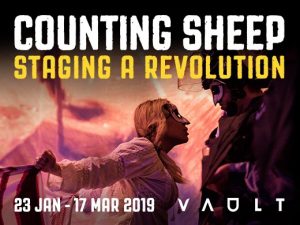