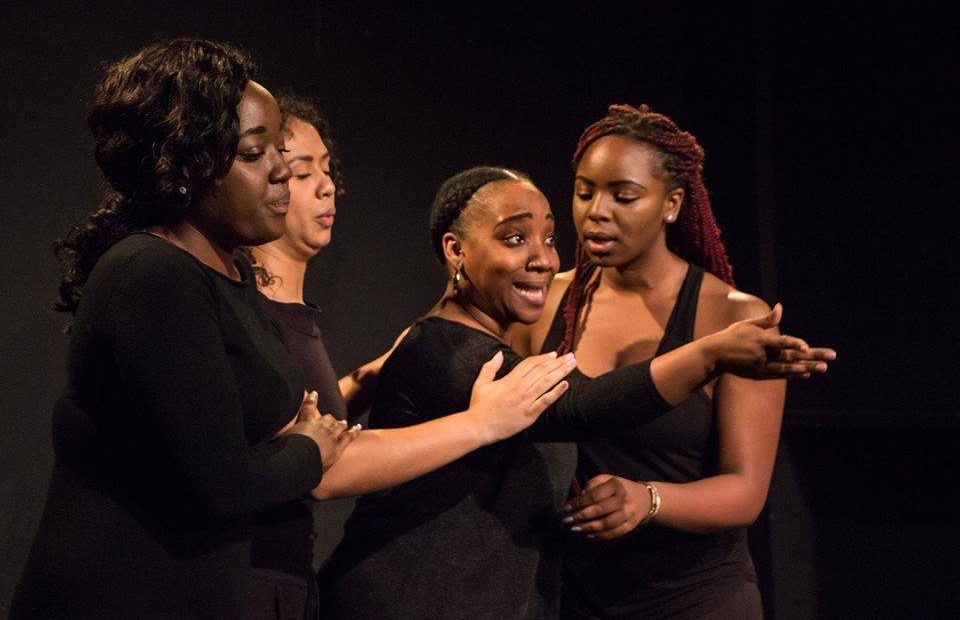 With minimalistic stage and costume designs, Nouveau Riché’s production of Queens of Sheba enables its cast to display their prowess as performers through spoken word poetry, singing and dancing. Exploring issues of “misogynoir” – a synthesis of misogyny and racism – the play is politically charged and offers a polemical attack on some of the issues black women face today.

Without much of a linear narrative, the production thematises several encounters of Jacoba Williams, Kokoma Kwaku, Rachel Clarke and Veronica Beatrice Lewis with white and black men, with plenty of energy and several acapella songs, which the actors perform with pristine skill and timing. Jessica Hagan’s writing is full of wit, hilariously exploiting some of the stereotypes of (mostly white) men trying to defend their actions. The heart of the piece is undeniably enabling black women to voice their daily struggles and lived experiences.

The piece would feel very powerful if there was somewhat more originality. A lot of these issues have been displayed on stage many times and almost exclusively from this perspective, making a lot of it unsurprising, even occasionally predictable – as though these were the only hardships women of colour experienced in their daily lives.

The writing is at its strongest when using humour and strong musical performances to make its point, but the show is inconsistent, with the spoken word sections presenting the weaker moments. This is more a problem with the form that such poetry generally takes and less a fault of the play, but it nevertheless detracts from the overall force.

All this makes Queens of Sheba a bit of a mixed blessing. The general production and performances are excellent and guarantee an evening of superb entertainment, as well as drawing necessary awareness to outstanding racial and sexual issues, but the weaknesses in the writing and the lack of originality will leave regular theatregoers yearning for some more novelty.

Queens of Sheba is at the Crescent from 30th January until 3rd February 2019. For further information or to book visit the show’s festival page here. 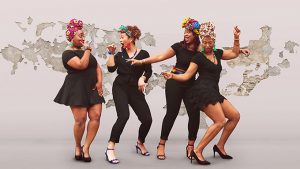