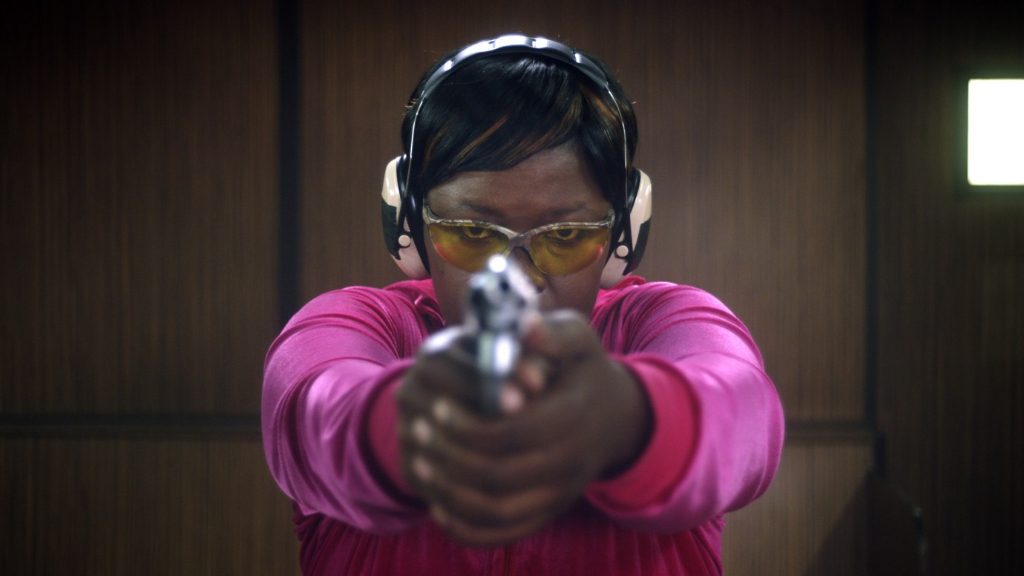 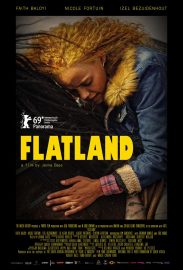 The first few frames in Flatland show the marriage of Natalie (Nicole Fortuin) and Bakkies (De Klerk Oelofse). Some shots are distinctly soft, blurred almost. Occasionally they are pierced through with all-too-sharp close-ups, namely of the grotesque, grinning and perspiring groom. This approach reverberates throughout the film, which has a number of soft focuses, at times threaded through with moments of breathtaking clarity.

The feature follows three women but elects Natalie as its central protagonist. Natalie is a teenager, newly married to a man who fails to inspire her interest, but succeeds in instilling fear. As she escapes her marriage, her narrative intersects with that of Beauty Cuba, played wonderfully by Faith Baloyi. Beauty is by far the film’s most complex and captivating character, whose intricacies are, in turn, masterfully interpreted by Baloyi. She’s a black woman and a police officer who takes it upon herself to pursue Natalie and her pregnant friend Poppie (Izel Bezuidenhout).

Beauty not only provides fuel for the narrative, but she is the point at which many thematic elements of the film coalesce. Mainly through her, the audience is able to identify the intersections between race, gender, language and class in South Africa. She and Natalie offer the audience some understanding of the specific conditions of black womanhood there. Some of this comprehension is also filtered through the film’s white female character, Poppie, who serves to further clarify the oppressive race/gender systems present in the country today.

It seems apparent that director Jenna Bass feels the necessity to interrogate the inequalities in South African society, but the movie at times tries to achieve a little too much. The viewer is given too much information. The picture meanders in ways that are undoubtedly gripping and compelling, useful even, but at times can feel superfluous.

The film is like a series of beautiful and illuminating vignettes, connected by the long and expansive roads that the women travel through: the landscape of the flatlands. The vastness of the scenery is accompanied by a thoughtful soundtrack, which mixes traditional South African music, trashy pop and original scoring, noticeably assisting the tension built throughout the feature.

Although Flatland is in some ways fragmented, this doesn’t necessarily detract from the narrative itself. Flashes of intense clarity and powerful recognition mean that viewers will be stimulated, provoked and left perhaps with more questions than answers.

Flatland does not have a UK release date yet.