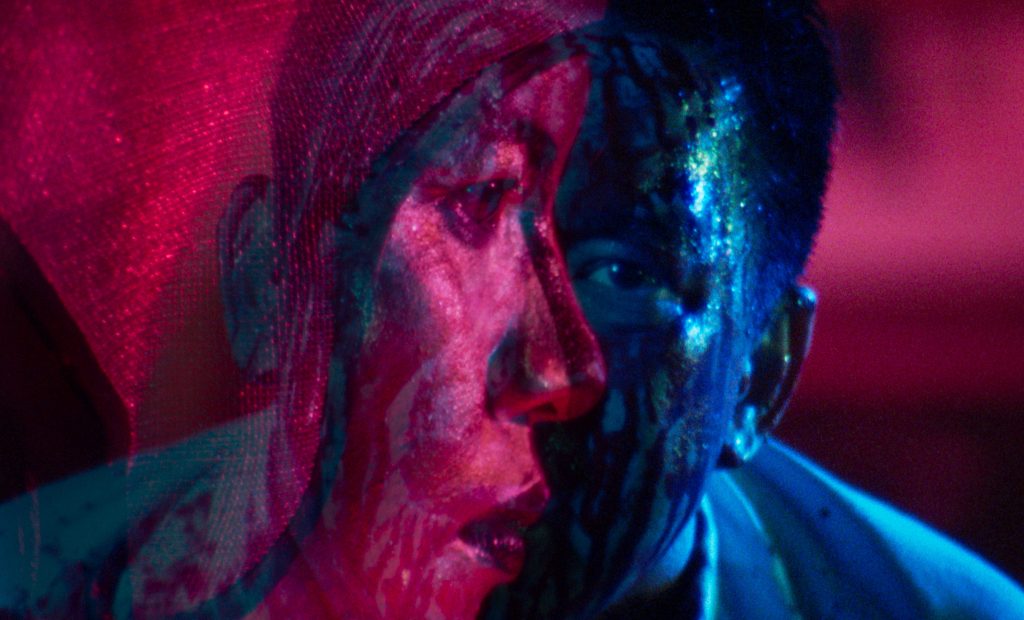 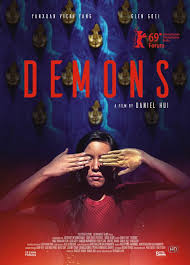 Director Daniel Hui’s latest feature uncomfortably enmeshes violence, absurdity, terror and satire in a disorienting observation of the art world. In this case, the form itself becoming a reflection of its subject. As a comment on “art” and its cluttered environment, the film draws upon the industry’s cannibalism, in this instance manifesting it literally.

Vicky (Yang Yanxuan Vicki) is the initial central protagonist. Inexperienced and keen to act, she is offered the opportunity to perform in a play directed by Daniel, played eerily well by Glen Goei. Vicky soon becomes the victim of Daniel’s abuse, however, and it is evident that the nature of their interactions and of the world into which she has submerged herself takes its toll psychologically. These psychological implications later infect her abuser, as the narrative then shifts its focus onto him. The film eventually culminates in their uneasy but delightfully extravagant reunion, in which Daniel offers his final monologue on the nature of “art”, immortalising himself within it.

It is apparent that the naming of the director in the film and the director of it is no coincidence. Hui decides to implicate himself, or rather insert himself into his own art for reasons hereto unknown, perhaps ironising himself, drawing attention to his own participation in what can be a dark industry, or indeed identifying with the psychological tribulations of his namesake. Nonetheless, the effect works on the minds of his audience, encouraging further contemplation on the art-making process.

Hui also works to engage the viewer in the feature. There is a powerful moment at which Vicky speaks to “the person living inside [her]” on the phone. Not only does the phone aptly comment on the ways in which we use modern technology as a tool of self-fashioning, but when Vicky’s other self discloses that she is behind Vicky, it is at this precise moment that we, the viewer, see a shot of the character’s back. For a brief moment, we are the person living inside her. We are standing behind her, augmenting her terror and fear.

The director injects a dark humour into his work. Most evident is when the young woman is presented with a fish as a gift from Daniel, and he and her brother force her to “try it on”. We see a bewildered Vicky place the dead fish on her head, and it sliding off repeatedly as they collectively gaslight her into participating in the “normalcy” of this interaction, telling her she looks beautiful with it on, then asking her to moo like a cow.

Demons is a spectacularly unsettling accumulation of diverse and fragmented images, techniques, sounds and themes. It clearly has a point to make about the environment that produced it, as well as the men who continue to overpower this landscape. It need not be understood entirely, and that is also part of its beauty. It is dark, grotesque and simply absurd, with a wonderfully wicked sense of humour.

Demons does not have a UK release date yet.