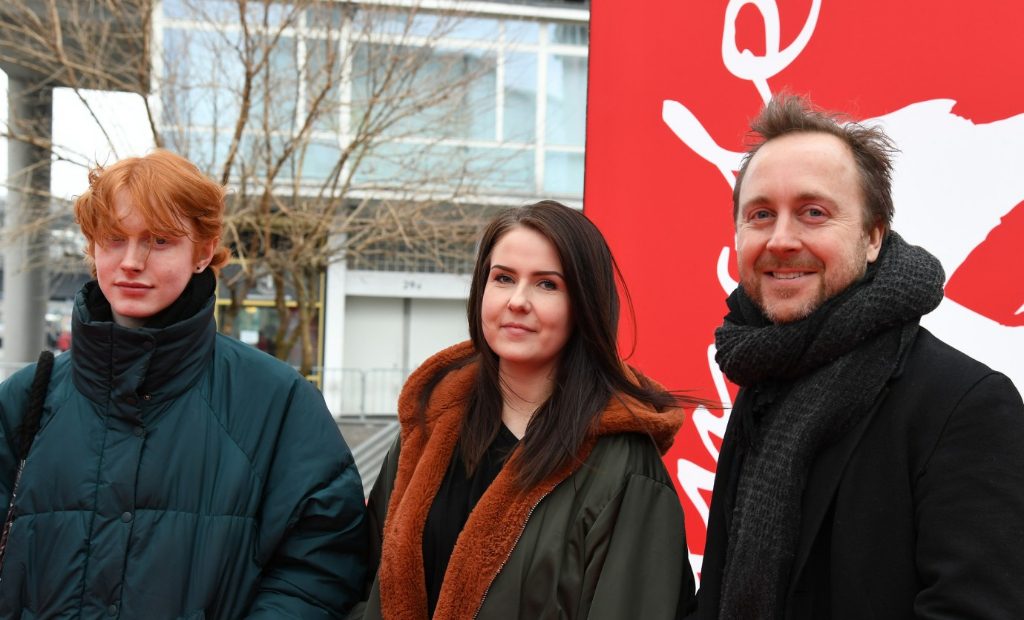 The shocking massacre that took place on the Norwegian island of Utøya in July 2011 has already resulted in a number of cinematic dramatisations, most notably the 2018 Norwegian film Utøya July 22 (which screened in competition at last year’s Berlinale), and 22 July, a Paul Greengrass film that was released on Netflix. Director Carl Javér was already putting together his documentary before these movies saw the light of day, and his fascinating work involves a type of theatre project in which actual survivors created staged reconstructions of their personal memories of the tragedy. The end result is a confronting and ultimately very moving documentary. The Upcoming spoke with Javér, along with two of the survivors of the attack, Jenny Andersen and Torje Hansen, both of whom are featured in the film.

How did you feel when you were first approached about appearing in a documentary that wanted to recreate something based upon what was an extremely difficult chapter in your personal histories?

Jenny Andersen: I was very curious to see who these people were – because this was the first time I had heard about a film being made about Utøya. I was kind of sceptical, but also curious. After meeting with Carl and Fredrik [Fredrik Lange, one of the documentary’s producers], and having a talk with them, I felt ready to talk about what happened, and I felt like this was the right way to do it, and it felt good to show it.

How did you determine the structure of the recreations, specifically the idea to give each survivor the opportunity to essentially direct a piece based upon their personal memories?

Carl Javér: It became very important that there was a high degree of control given over to the survivors, because we were reconstructing a memory of when they had no control – somebody had taken their control, so to speak. And so both for the process, but I think also for the film, it’s important that they are in control. And then this method has some rules to it – like that you choose a representative for yourself that creates two time spaces. One was the past of 2011, and one is the now, and they exist kind of simultaneously in the room, which creates an interesting arc, I would say. Especially when the survivors watched their own reconstructions, and we watch them. For me, it’s very strong to see how they return to the place in 2011, but in a safe environment this time. Then, I was happily surprised the way they engulfed the method and played with it. I found them very creative, all of them, in using the method. And I was also surprised – like how Torje worked with the participants in order to find his truth. It was a film process, and it was a psychological process, and they were equally important. The psychological security was extremely important. We had psychologists present for filming all the time, so they sat just outside the black box and watched on two monitors as we fed the material (to the participants), so they watched everything. But in the end, I would say it’s more important that the psychological process was healthy and functional, more than the film process. For me it would have been OK if the film failed in some sense, but the psychological process could not fail.

Did you find the experience of participating in Reconstructing Utøya to be therapeutic?

TH: Yes, absolutely. The way it played out in the movie was helpful with the process I was going through, so yes.

JA: Yeah, it was really helpful for me as well – the whole process of it, both the actual process of the film camp, but also afterwards, going through my own reactions. And I started to talk to a psychologist as well, which I didn’t do before. So it’s helped me in a lot of different ways, and it all came together to make my life better.

CJ: There was no therapeutic intention with the film. It’s a film that wanted to tell a story of something that is very difficult to speak about or show, and that was the aim of the film.

Was there ever concern about whether the project would be too difficult for the survivors?

CJ: We never pulled the brakes, but we had a continuous discussion, a continuous talk with both the participants and the survivors, to find the right kind of balance – just how tight the pressure cooker could be. But what we basically did was film for two days, then we took a break for one day. Then we did the stuff that you do in Norway, like climbing mountains, or going into the forest, and then we went back again. In a way, everybody got more used to the scenario, so I think we then pushed up the volume a little bit.

The question is posed at the beginning of the documentary: “How can we understand?” Do you think it’s possible to ever understand such a senseless tragedy?

TH: It’s not important that we understand everything, and I don’t feel a need that everyone has to understand just how horrific it was or anything like that, but if it can spark any sense of willingness to make things better, or just an engagement to work against every ideology that lowers human values of some humans over other humans, that’s one of the biggest enemies we have after global warming, so anything that will help us fight that is important. And that’s what’s really important: understanding how tough and how hard and how gruesome it was – it’s a part of sparking that counter effect, and that contrast.

Reconstructing Utøya (Rekonstuktion Utøya) does not have a UK release date yet. Read our review here.