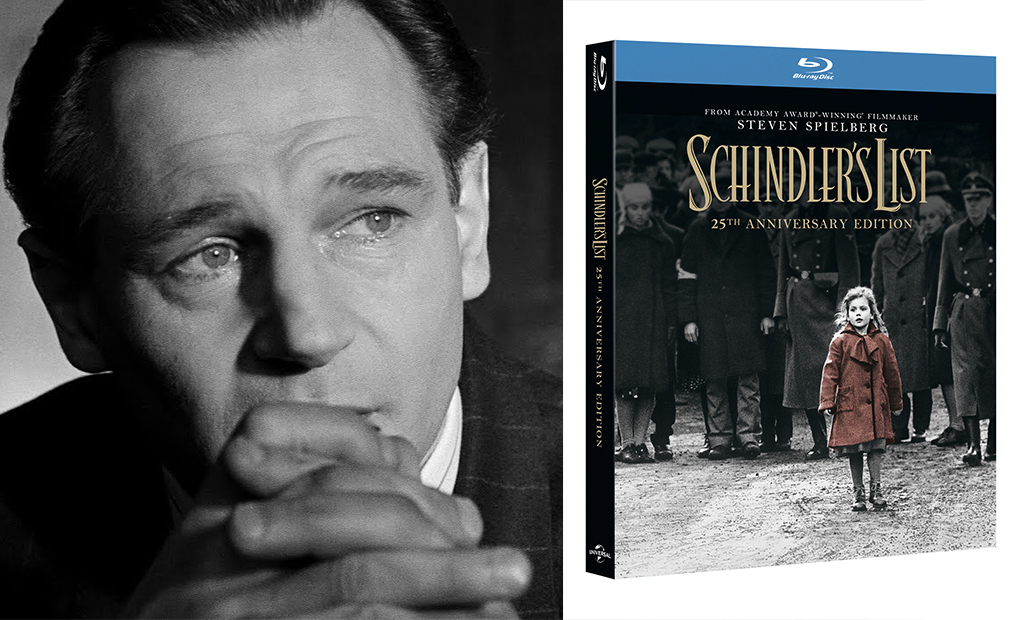 Witness a story of courage and strength that the world needs now more than ever as Steven Spielberg’s cinematic masterpiece Schindler’s List debuts on 4K Ultra HD for the first time with a 25th anniversary edition, also available on Blu-ray™ and DVD on 25th February. To celebrate the release, we are giving you the chance to win a copy on 4K Ultra HD Blu-ray™.

In 1993, Academy Award®-winning director Steven Spielberg created one of the most historically significant films of our time with his critically acclaimed Schindler’s List, the unforgettable true story of the courage and faith that continues to inspire. Now, Universal Pictures Home Entertainment commemorates the film’s release with Schindler’s List: 25th Anniversary Edition.

This special anniversary edition includes an all new bonus feature, Schindler’s List: 25 Years Later, where director Steven Spielberg joins actors Liam Neeson, Ben Kingsley, Embeth Davidtz and Caroline Goodall to reflect on the making of the film and its legacy.

The incredible true story follows the enigmatic Oskar Schindler (Liam Neeson, Taken, The Grey), who saved the lives of more than 1,100 Jews during the Holocaust. It is the triumph of one man who made a difference and the drama of those who survived one of the darkest chapters in human history because of what he did. Meticulously restored from the original film negative in pristine high definition and supervised by Steven Spielberg, Schindler’s List is a powerful story whose lessons of courage and faith continue to inspire generations.

For a chance to win 1 x 4K Ultra HD of Schindler’s List: 25th Anniversary Edition take a minute to answer the question below, follow us on Instagram here and send your answer to competitions@theupcoming.co.uk together with your full name, address and mobile number by Saturday 2nd March 2019 at 11.59pm. We will cross check your name in the list of Instagram followers.

In the trailer, what do they refer to the list as?