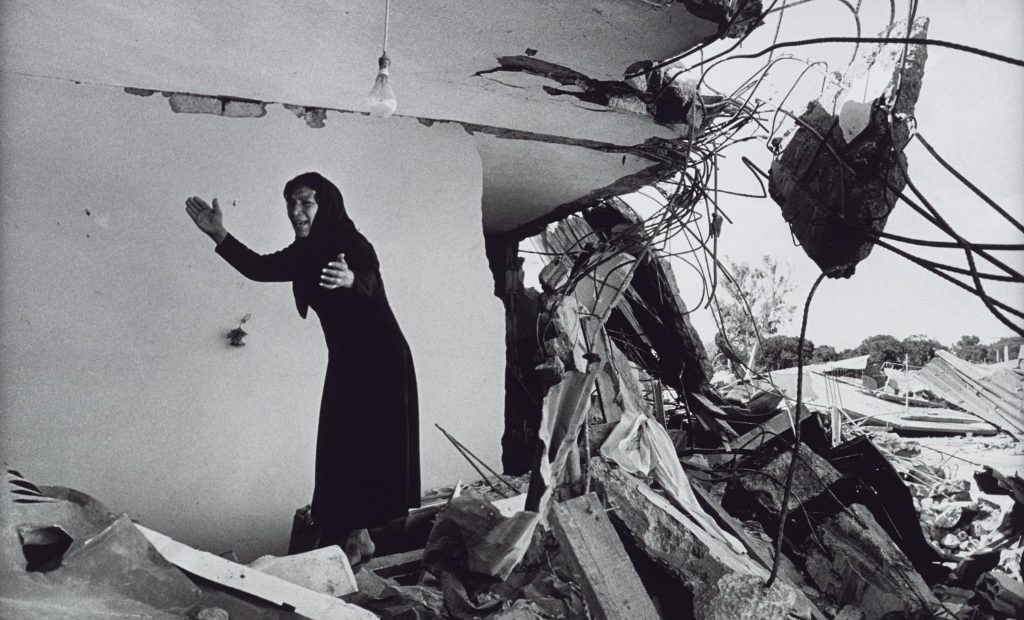 Over the last 60 years, no photographer has shaped the public’s perception of world conflict as intensely as Sir Don McCullin. Now, at the age of 83, the Londoner has a comprehensive retrospective of his personally printed work at Tate Britain.

Don McCullin was brought up in the deprived area of Finsbury Park in North London. In 1958 he took a photograph of a local gang, “The Guv’nors”. After the gang were involved in a policeman’s murder, McCullin presented the image to the Observer, earning his first commission. The exhibition opens with The Guv’nors in Their Sunday Suits, posing nonchalantly within a bombed building from the Blitz. Throughout the show, the artist’s images are accompanied by his honest commentary.

McCullin’s harrowing photographs testify to his courage. The bullet hole in his Nikon camera, displayed here, was an attempt on his life in Vietnam. In Cambodia in 1970 he was seriously injured by a mortar bomb. His imagery is unapologetically confrontational and honest. It shows an intuitive eye for composition, the usage of black and white providing a contrasting aesthetic beauty. 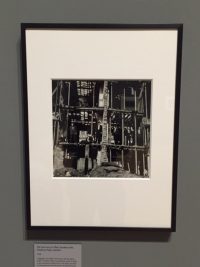 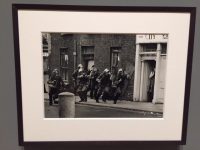 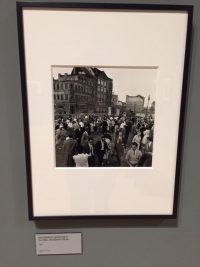 In 1961, the photographer self-funded his trip to Berlin after seeing Peter Leibing’s image of an East German border guard’s leap to freedom over barbed wire. McCullin recorded the events, capturing the wall’s construction, which won him the British Press Award for his visual essay. His empathy is shown in works such as East Berliners Looking into West Berlin (1961).

McCullin’s morality is evident in his photography. Commissions by the media exposed the shameful aspects of humanity, such as A Child Abandoned, Bangladesh (1971) and his 1968 photograph of an emaciated albino boy from the Biafran war in Nigeria. 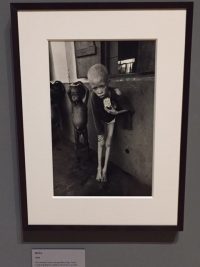 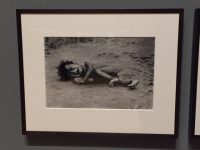 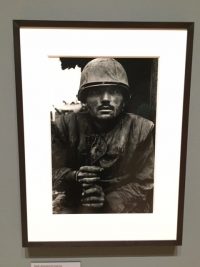 It is in Vietnam where Don McCullin forged his worldwide reputation. An exhibition highlight is Shell-shocked US Marine, the Battle of Hue (1968). Perhaps the photographer’s best-known image, the photograph’s subject clutches his gun, eyes cast dramatically in shadow, glazed over in fear. McCullin refuses to glamorise war and tries to remain a neutral observer.

From the 1960s his empathic eye chronicled Britain’s destitute and impoverished. A 1970 image of a man sleeping on a pavement in Spitalfields makes the subject seem as lifeless as his war-torn victims. This is occasionally punctuated by isolated moments of mirth, like in a Knobbly Knees, which depicts a contest in Southend-on-Sea during the early 1960s. 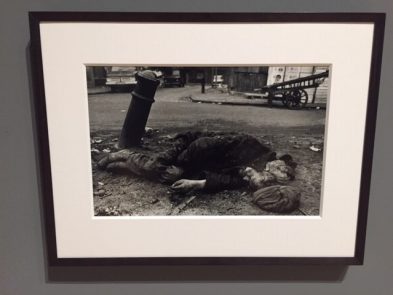 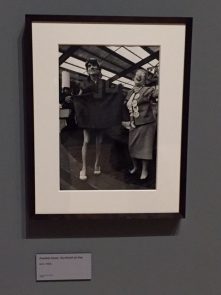 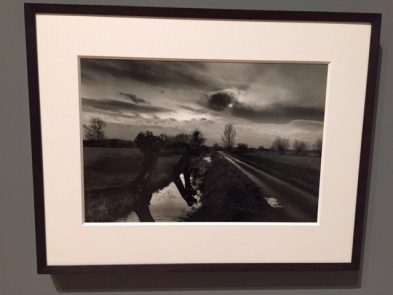 The final room displays Scottish countryside and the Somerset landscape he has called home for 30 years. Haunted by what he has witnessed, these represent an effort to find peace, and yet the dark flooded fields and threatening clouds still possess an undercurrent of menace. Also featured are images taken recently in Syria and the ancient city of Palmyra after IS had blown up many of its architectural treasures. It is a fitting finale for a retrospective for this photographer, who has brought home the horrors of mankind’s capacity for destruction.

Don McCullin is at Tate Britain from 5th February until 6th May 2019. For further information visit the exhibition’s website here.

Watch the trailer for the exhibition here: