“It will take many generations until gay characters can be written without some scar tissue from the past”: Playwright Martin Sherman discusses Gently Down the Stream 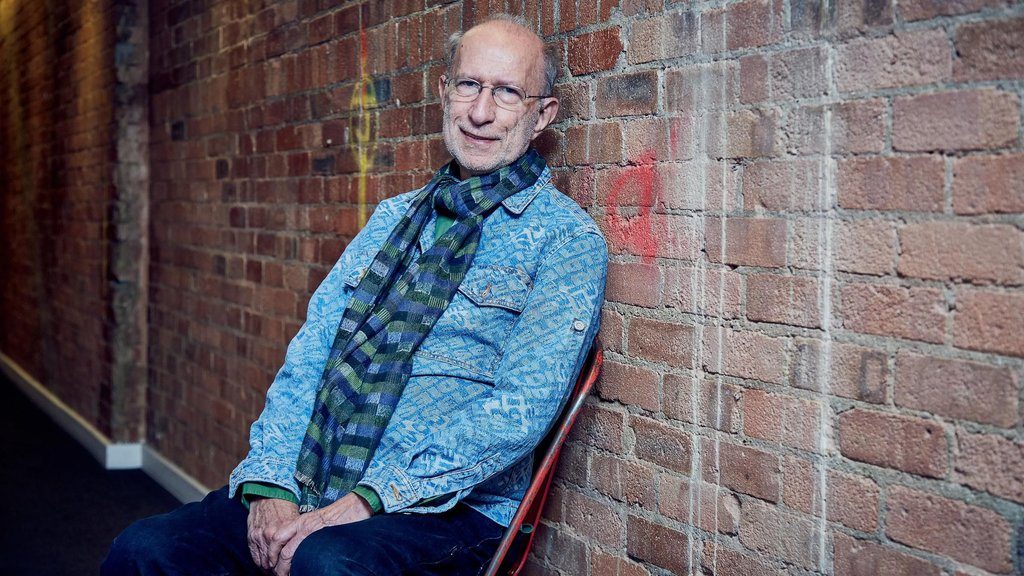 “It will take many generations until gay characters can be written without some scar tissue from the past”: Playwright Martin Sherman discusses Gently Down the Stream

Martin Sherman is an American-born playwright and screenwriter. His highly acclaimed 1979 drama, Bent, was initially presented at the Royal Court with Ian McKellen before subsequent runs at the National Theatre, on Broadway with Richard Gere, and finally on screen after the piece was adapted into a film in 1997. In celebration of the dramatist’s 80th year and following a successful tour in New York, Gently Down the Stream is now being performed in the UK for the first time. Sherman has been nominated for two Tonys, two Oliviers and two BAFTAs for his work.

Gently Down the Stream has been running in New York. As the play is set in London, what made you choose an initial run in the US?

Although the play is set London, much of it concerns America, and it was thought that it would be a more natural starting point, particularly at the Public Theatre, which had relationships in the past with some of the people mentioned in the play, like Judy Peabody and Larry Kramer.  And indeed we had a wonderful experience with it in New York. Still, all of my other plays of the past 40 years have premiered first in London, which is, after all, my home, and I longed for it to be presented here. And that has now happily come true.

Have there been any challenges or changes required in bringing the production to the UK?

The challenges are the same, but I think there’s no question that a second production of a play, especially with the same director, will have learned lessons from the first and will have acquired wisdom. I did make some changes in the last scene, which we were dissatisfied with in New York, and it has made a difference.

Have there been any notably different reactions to the play from the London and New York audiences?

I think the changes I made to that scene have left the London audiences more exhilarated and optimistic at the end. But both London and New York contain my favourite theatre audiences in the world; they are both thrilling to play to.

Gently Down the Stream returns to the theme of repressed homosexuality, which was explored in your hugely successful Bent. How have your thoughts and writing on this theme developed since this iconic play?

Gently Down The Stream is not about repressed homosexuality in the way that Bent is. Bent deals with active repression, whilst Gently Down The Stream explores the damage of past repression. It’s about a generation of older gay men, my generation, who were forced to believe that they did not have a right to love, as opposed to a young generation who fervently feel they have every right to do so. It will, I think, take many generations until gay characters can be written without some scar tissue from the past.

You also worked with director Sean Mathias on the film version of Bent. What do you enjoy most about working together?

Our working relationship is the result of a long friendship, which isn’t always wise in the theatre, but in our case, it is. We know each other very well, and spark each other, and don’t take any shit from each other. Sean doesn’t let me get away with anything. And I try. He understands acting on its deepest level, which is essential; we also make each other laugh, which is super essential. He has a deep, deep connection to this play; in part, I think, because he utterly understands my sensibility, and I think being in tune with a playwright’s sensibility is a primary requirement for a director. Sometimes a director will intellectually understand writing, but still it isn’t there in his or her gut.

As Beau is an American living in London, are there parts of his character that you resonate with?

It would be impossible not to. You use your own experiences when you write, and the experiences of others, and sometimes experiences you have invented, and you throw them into a blender and turn on the switch.

Beau is defined by his experience of being gay in the 70s. What inspired you to write about the specific challenge and impact of being a young gay man in this time period?

Because I was a young(ish) gay man then. Our histories have been dissolved by time. If you are black or Jewish or Asian you grow up in a family that teaches you something about your heritage and gives you the wisdom of their experience and warns you about the dangers you might encounter. But gay men and women do not have that background. There is no one to guide you, except your non-familial elders, and thus they must talk about what it was like for them once upon a time. And Beau does that in the play. Three different generations are represented in the play, and I think their interaction is one of the factors that most engages our audience.

Rufus and Beau have had vastly different coming-of-age experiences as gay men due to their age gap – what do you think has been the biggest achievement in LGBTQ+ liberation in your lifetime?

I don’t believe anyone of my generation ever thought that today would be possible when we were young. But it’s important to know that it wasn’t always like this, and what the sacrifices and difficulties were that made this possible; if for nothing else, to encourage antenna that make sure that history will not repeat itself. I am speaking, of course, of the West, where we live in privilege. It is still not possible to be LGBTQ+ in many parts of the world. You can still be killed for being LGBTQ+ in many parts of the world. And our new found freedoms in the West have so frightened the gatekeepers of some other nations that it has only exacerbated their desire for blood and repression.

What is the key message that you would like the audience to take away from Gently Down the Stream?

How joyous the freedom to love, despite all the vagaries of human interaction, can be.

Naturally we hope that this production of Gently Down The Stream will have a future life. Especially with these three miraculous actors (Jonathan Hyde, Ben Allen and Harry Lawtey). The play has spread a wide net in terms of its audience, and we all want that to continue.  But ultimately it’s in the hands of the gods.

I have several other projects I am working on, in both theatre and film, including a movie called Smyrna, that will be shot in Greece next year, and, much to my shock, a memoir of what I now realise was an unusual and perhaps upsetting youth and perhaps deserves to be talked about.

Gently Down the Stream is at the Park Theatre until 16th March 2019. For further information and tickets visit the theatre’s website here.

The Fight: An interview with writer-director Jessica Hynes
The Fight | Movie review