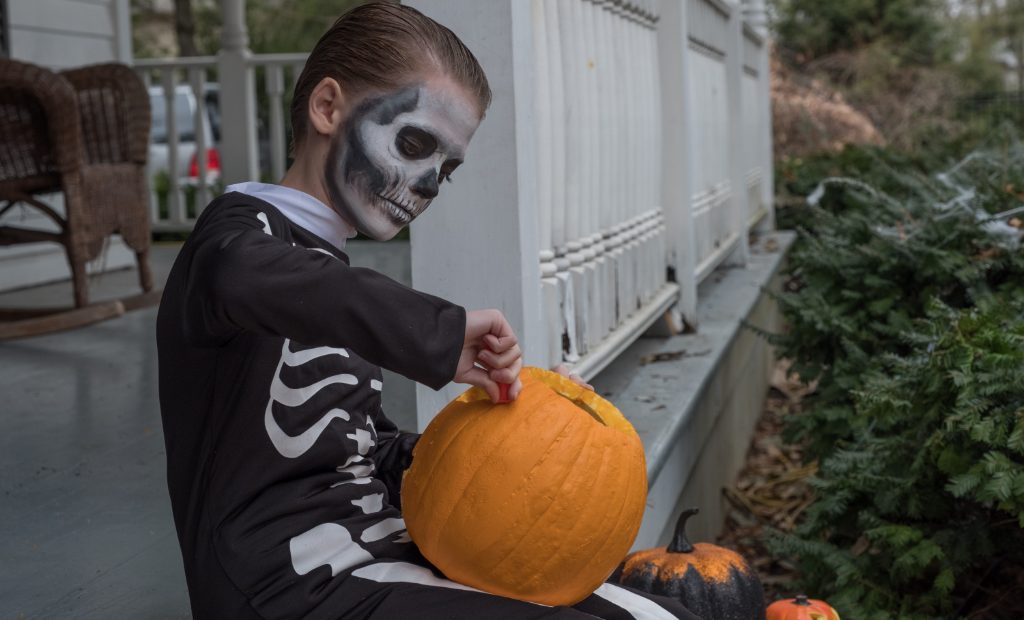 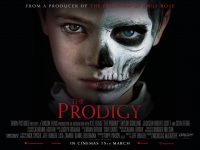 A serial killer is reincarnated as an eight-year-old boy in Nicholas McCarthy’s (The Pact) troublingly mundane horror-thriller, The Prodigy. Taylor Schilling (of Orange is the New Black fame) and Jackson Robert Scott (It) star, but a well-performing cast ultimately can’t save this film from resembling just another suspenseful seat-jumper from the Hollywood assembly line.

We first meet happy couple Sarah (Schilling) and John (Peter Mooney) as the elated pair prepare for the birth of their baby boy (Robert Scott). Their joy only grows when their son, Miles, exhibits prodigal intelligence, speaking and learning swiftly. The child is promptly sent to a pre-school for young geniuses, where behavioural issues soon reveal themselves.

All is not well, Miles gets into trouble and starts acting very creepily. The transition from innocent child to up-and-coming psychopath is not handled well, by parents and scriptwriter alike. Farcical lines crop up occasionally, such as a psychologist’s diagnosis that the young Miles may have a “deficit in cognitive morality”. Which basically just means he’s a little screwed up when it comes to deciding what’s morally right and wrong.

Nonetheless, Robert Scott is sufficiently creepy enough as Miles to deliver multiple scares. While Schilling excels as the overly doting mother, who just can’t see evil in her young boy – even when it stares her in the face. Composer Joseph Bishara also does stellar work in setting up the troubled atmosphere, with a subtle, brooding soundtrack.

Boasting all the familiar trappings of classic thrillers, The Prodigy comes up wanting in substance and edge. Sure, it looks good, and the mood is eerily haunting enough, with setting and lighting used smartly, but a paper-thin script littered with laughably clichéd moments and the plot’s reliance on lazy tropes make for uncomfortable viewing. Just not in the sense McCarthy would have desired.

The Prodigy is released in select cinemas on 15th March 2019.

Watch the trailer for The Prodigy here: