The Twilight Zone at the Ambassadors Theatre 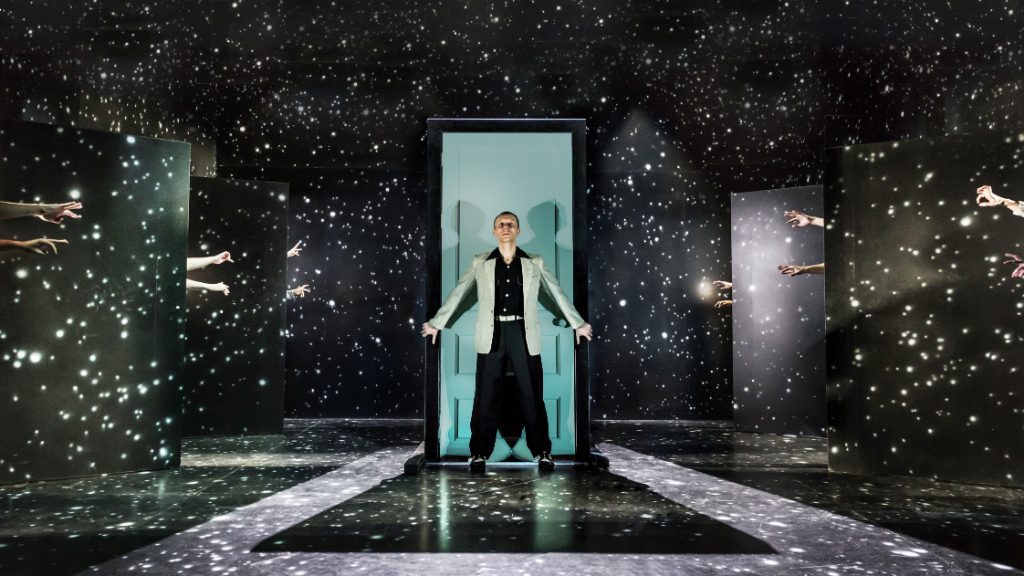 The Twilight Zone at the Ambassadors Theatre | Theatre review 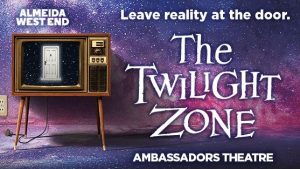 Based on the classic vintage TV show, The Twilight Zone at Ambassadors Theatre is a joyful, Kafka-esque, spooky re-creation. The production, written by American playwright Anne Washburn and directed by Richard Jones, is a salute to the series enhanced with a unique camp quirkiness and forays into the bizarre. As a kind of Truman Show-type satire of 1950s America, the piece pokes fun at the era via cartoonish weirdness.

The play reworks eight of the original programme’s episodes – consisting of a multitude of narratives within about two hours – and the sheer activity and proliferation of ideas and images provide a mind-bending, wild ride comparable to speeding through space, while each individual vignette contains its own ingenious and thought-provoking fantasy.

Centring on the iconic broadcast rather than offering a purely theatrical adaptation, the piece presents the stage through a huge TV monitor, the show’s host a facsimile of originator and narrator Rod Serling. A space alien is hiding in a Greyhound bus, children disappear into walls, a paranoid pilot hallucinates, dolls come alive and a group of disparate and desperate people fight to occupy a family’s nuclear shelter amid impending Armageddon. The latter is a more serious mirror of the Trump era, as the scenario involves race and ideology, highlighting the work’s comparison of the atmosphere of the Cold War period to the current crisis in the US. While very Austin Powers-meets-panto in its humour and gags, the play also touches on some troubling issues of our time.

Numerous innovative and clever comedic elements abound, such as characters in starry jumpsuits and goggles running around in a simulation of the television show’s opening credits. Jones’s direction manifests as an energetic and well-executed retro Mad Magazine-esque production. The mostly black-and-white, grey and blue set design (Paul Steinberg) with its outer space background is part sci-fi, part revamped illusion, with a dash of tongue-in-cheek irony. Sound by Sarah Angliss – close to the TV series score – is eerie and evocative. Key to the creepy strangeness are the illusions (Richard Wiseman, Will Houston) resembling magic tricks which boggle the mind. The actors perform outstandingly in their many roles, particularly Adriana Bertola and Natasha Barnes.

The Twilight Zone is at the Ambassadors Theatre from 4th March until 1st June 2019. For further information or to book visit the theatre’s website here.