Sorolla: Spanish Master of Light at the National Gallery 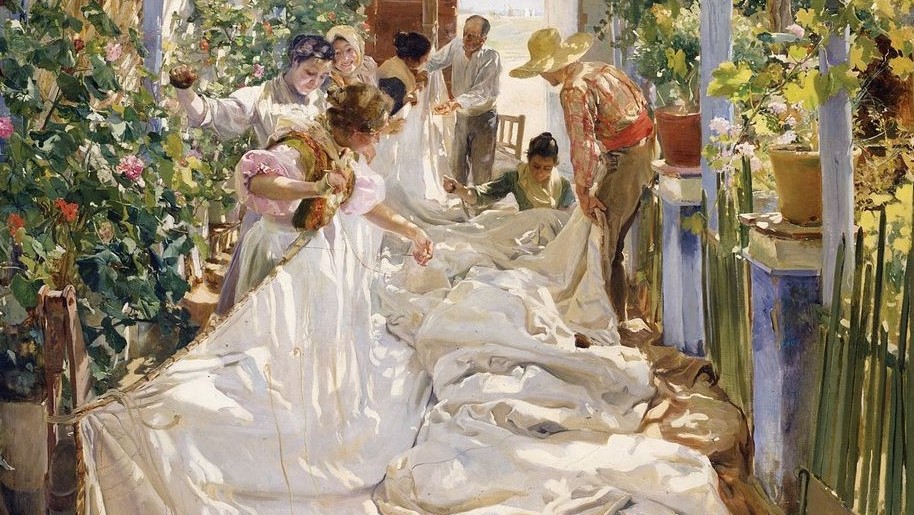 When Sorolla (1863-1932) last showed work in the UK over 100 years ago, he was described as “the world’s greatest living painter”, as The National Gallery’s current exhibition informs us in a rather deadpan tone. Of course, no one really thinks that Sorolla was ever the world’s greatest painter, but the outdated accolade does serve to show how entirely his star has waned, at least in Britain. With only a handful of paintings in British public collections, you’d be hard-pushed to find many gallery-goers who will know anything about him.

In Sorolla’s native Spain, on the other hand, his reputation has endured to an impressive degree: a 2009 retrospective of his work at Madrid’s Prado Museum was the institution’s most popular exhibition in two decades. Presumably, The National Gallery is hoping that Sorolla’s paintings will have similar success over here, and revive the Spanish impressionist’s languishing reputation.

There is certainly a lot of beauty to be discovered. As the exhibition’s title suggests, the subject was a true master of capturing the effects of light – from the glaring midday sun to the dappled shade of a garden. Like the work of his better-known French contemporaries, these impressionist images feature scenes from everyday life, as well as gardens and watersides. The edges of forms shimmer and ripple, as if seen through a haze of heat.

Many of his works depict seaside scenes, where naked boys gleam in the sunlight and elegantly dressed ladies recline beneath parasols. Everything is a bit twee, but there are also incisive moments. A particular highlight is After the Bath, the Pink Robe (1916), which combines the tropes of a monumental classical sculpture of a goddess with an intimate moment between two contemporary women.

Sorolla seems particularly fond of pink (a colour often eschewed by “serious” painters). One of the most striking works in the exhibition is his Female Nude (1902), which is evidently inspired by Velazquez’s Rokeby Venus. Sorolla ups the sensuality by placing his “Venus” (his wife Clotilde) on a luxurious bed swathed with pink satins, and by having her stare not at a mirror but at a glimmering diamond ring. Over the top, objectifying, even ugly – this painting is nevertheless strangely captivating.

Reclining women, sunlit gardens, rippling fountains: a sense of languor suffuses this show. Sorolla may not be proved to be the best painter in the world, but his shimmering paintings of Spanish life certainly offer an inviting antidote to a grey London day.

Sorolla: Spanish Master of Light is at the National Gallery from 18th March until 7th July 2019. For further information visit the exhibition’s website here.