The Crown Dual at the King’s Head Theatre 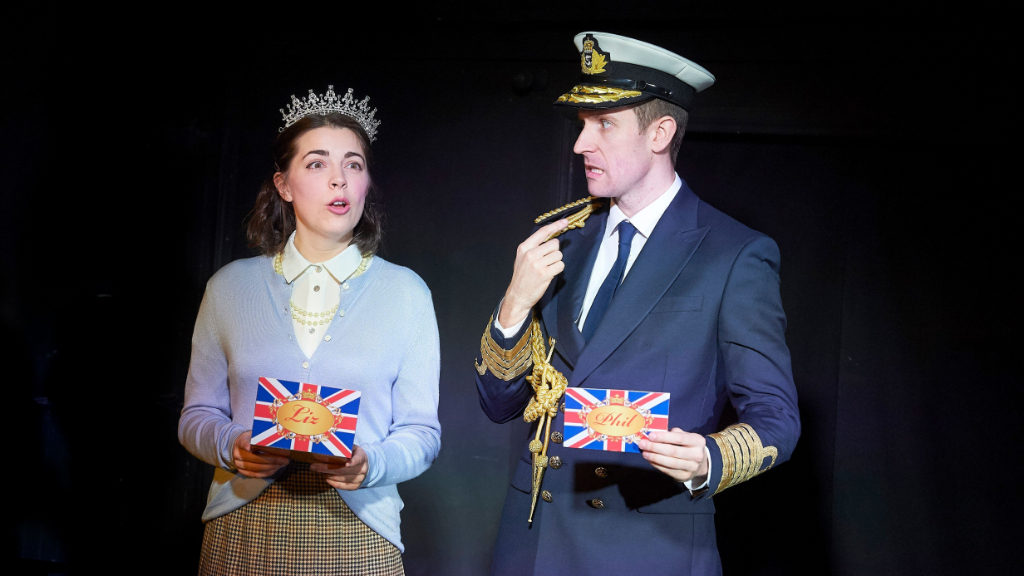 The Crown Dual at the King’s Head Theatre | Theatre review 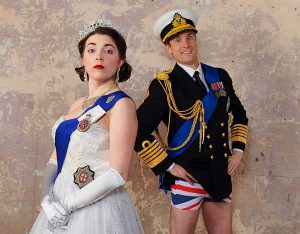 The Crown Dual is the new play from Daniel Clarkson, co-creator of the Olivier Award-nominated shows Potted Potter and Potted Panto. The show is a two-hander parody of Netflix’s The Crown. Rosie Holt plays actress Beth Buckingham, who feels she has been overlooked for her dream role of Queen Elizabeth, and Brendan Murphy is her agent Stanley Diamond, who has forgotten to send off her showreel. Beth takes matters into her own hands and re-enacts the series, enlisting Stanley’s help. What follows is anarchic fun played with imagination and energy from the two performers. Holt is an Edinburgh Fringe regular, titled Amused Moose New Comedian of the Year in 2018, and Murphy, who regularly appears on Potted Potter, is also one half of cabaret duo The Crooners.

The script is sharp and has moments of comic genius, such as the scene in which Princess Elizabeth speaks to her father, famous for his stammer, which is rendered by Murphy in gloriously silly and cheeky style. There are surreal touches of humour, such as Professor Hogg, who arrives in a puff of self-administered glitter with a disobedient crow named Steven on his shoulder. There is a lot of audience participation, especially in the coronation scene where several people are enlisted, one audience member even becoming a one-man boys’ choir, much to the audience’s uproarious delight.

The production incorporates some very fun and original touches, such as a live Netflix screensaver which an audience member has to touch to continue. There are also zeitgeisty jokes, such as the Queen’s coronation speech paying homage to Olivia Colman’s recent Oscar acceptance speech. The two performers show huge energy and imagination throughout, and although this vitality does flag slightly after the coronation and the show does run 15 minutes over its proposed 70 minutes running time, it doesn’t matter. Holt is charming in her roles, especially her delicious take on Princess Margaret, and Murphy is charismatic, revelling in his myriad parts. Jolly good fun.

The Crown Dual is at the King’s Head Theatre from 12th March until 6th April 2019. For further information or to book visit the theatre’s website here.