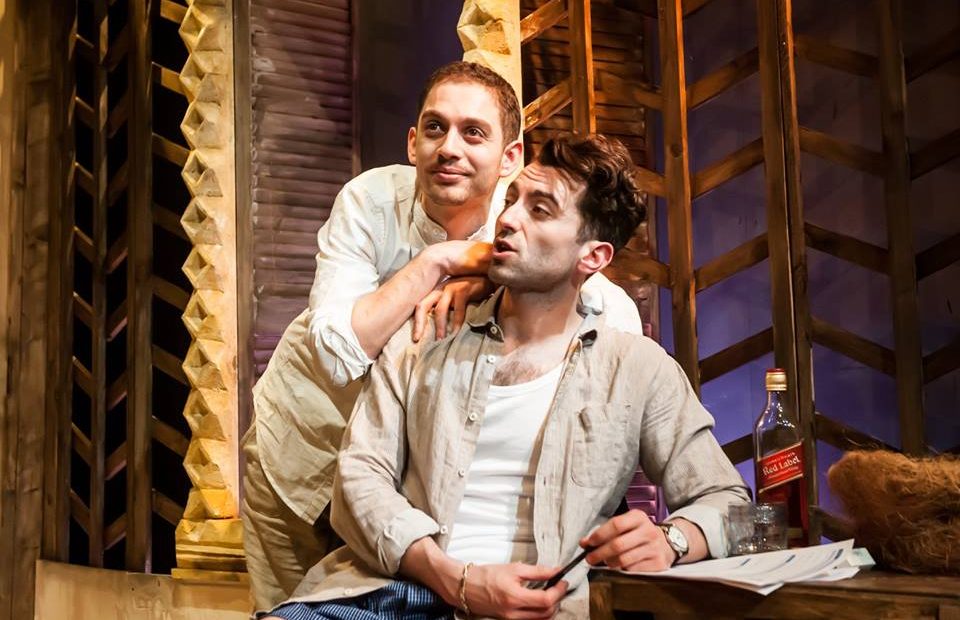 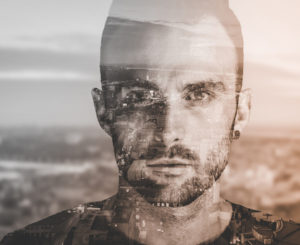 With some decent acting, a pretty set design by Emily Bestow and effective lighting design by Petr Vocka, Cry Havoc should be much better than it is. But it fails on a very basic level: the writing. The prose itself isn’t too bad, but the characters are little more than walking stereotypes and the plot is about as predictable as it gets.

Meet Nicholas “Ignoramus” Field (Marc Antolin), a Brit translating love poetry into English and teaching literature in Cairo, whose only character trait seems to be representing the ignorant Westerner who frequently makes unintentionally offensive remarks. In Egypt he has begun a love affair with Mohammed “The Victim” El-Masri (James El-Sharawy), who has a habit of becoming offended at all the ignorant nonsense Nicholas utters, while he is frequently abused by the government for various reasons. Nicholas tries to save him by getting him a visa to return to England with him, but – lo and behold – Mohammed refuses in the end, instead becoming a radicalised Muslim fighting the corrupt government.

It wouldn’t even be a dreadful setup, if executed correctly. But as it is, the play demonstrates little more than constant bickering, always according to the formula: Nicholas says something offensive (makes fun of the Muslim faith, calls Egypt a “bloody third-world country”), and Mohammed reacts. Why is Nicholas, a progressive English graduate who has spent quite some time in Egypt by now and even proclaims he feels more at home there than anywhere else, still so ignorant? Mohammed, on the other hand, spent some years in England as a boy and therefore knows all there is to know about the West – well, that is, some of the most famous foods and all canonical British writers. Except for Daniel Defoe, apparently, which is particularly convenient since it gives him the chance to throw a tantrum about the obviously offensive – and already frequently criticised – nature of the novelist’s portrayal of the man Friday.

LGBTQ issues are a sensitive topic that deserves a lot more attention, especially relating to the oppression of homosexuals in the Middle East, and there is so much ground to be covered that it should serve to create a plethora of great plays. Sadly, Cry Havoc isn’t one of them – on the contrary, it feels more like an experiment by a playwright who failed to do his homework.

Cry Havoc is at Park Theatre from 27th March until 20th April 2019. For further information or to book visit the theatre’s website here.