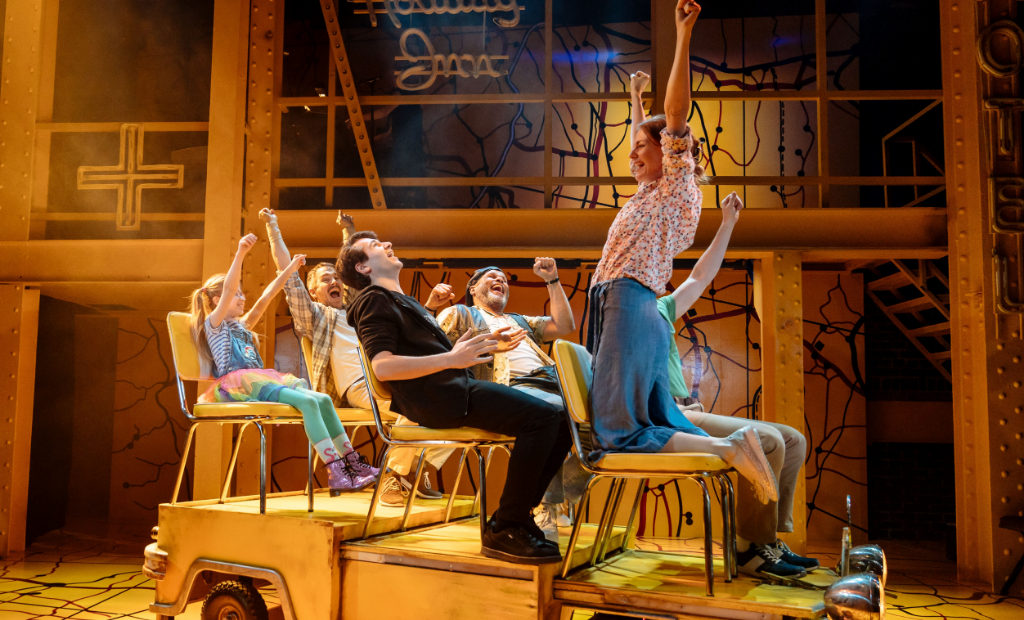 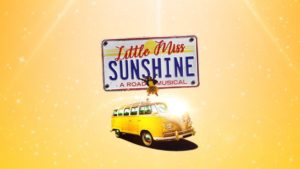 With some strong musical numbers, a good cast and occasional moments of witty writing, Little Miss Sunshine represents an enjoyable ride for any given audience. While it isn’t the most powerful stage adaptation of a movie, it still maintains a presence as a cute feel-good musical with plenty of heart.

The reason Sunshine doesn’t score higher may be because the movie isn’t as suitable for the stage as James Lapine and William Finn would have it. The plot, which follows Olive (Sophie Hartley Booth) on her journey to participate in a beauty contest, is largely set within the confinement of her family’s van, where they gradually discover what a mess most of their lives really are. Richard (Gabriel Vick) is a good-for-nothing father who struggles to keep his finances afloat while simultaneously being too much of a tiger parent; his son, Dwayne, is an angsty teenager who hates his family (and everyone else for that matter); his brother-in-law Frank (Paul Keating) is a suicidal Proust scholar who’s given up on life; and his wife Sheryl (Laura Pitt-Pulford) – well, isn’t dealing with that family bad enough?

Throughout much of the runtime, one can’t lose the sense that everything feels slightly rushed, as though the plot is moving inevitably from one scene reminiscent of the movie to the next, without having the time for the necessary build-up. Several additions to the musical – such as the exploration of Richard and Sheryl’s backstory – feel completely unnecessary and rather distract from the story.

But the show still succeeds on many levels. The comedy, for the most part, is good, occasionally even brilliant – especially whenever Imelda Warren-Green as Linda and Miss California is on stage, who manages to steal the show during her short presence. The choreography is equally enjoyable, with the child performers being especially pristine. From the get-go, Booth manages to capture the hearts of her audience with numbers such as For the First Time in My Life and Shake Your Badonkadonk.

While Little Miss Sunshine, therefore, may demonstrate that not all movies make a good musical, it’s harmless when doing so, and director Mehmet Ergen’s production is the best it can get with the source material, being perfectly engaging and providing many with plenty of laughter and earworms.

Little Miss Sunshine is at the Arcola Theatre from 21st March until 11th May 2019. For further information or to book visit the theatre’s website here. 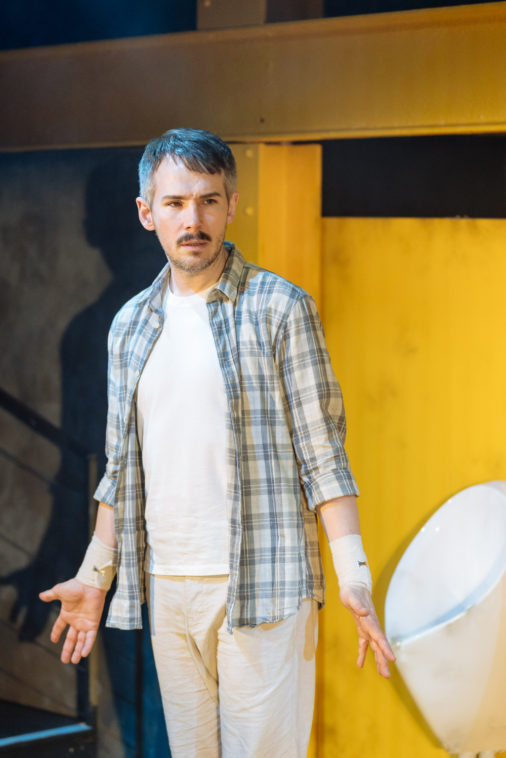 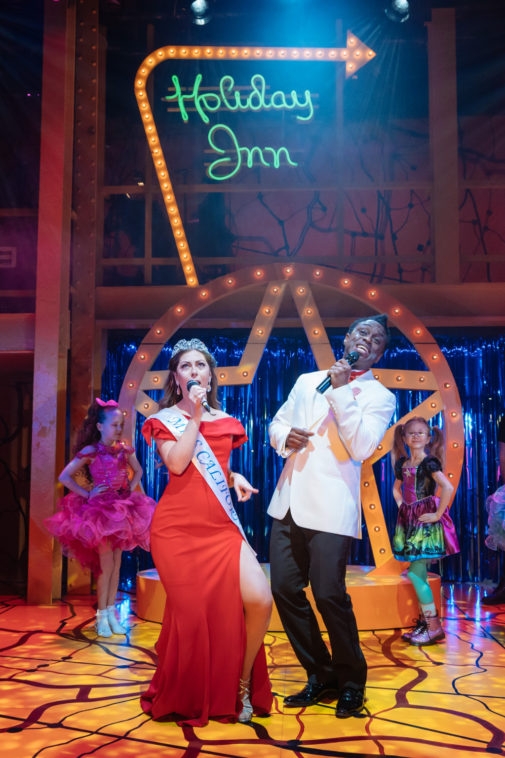 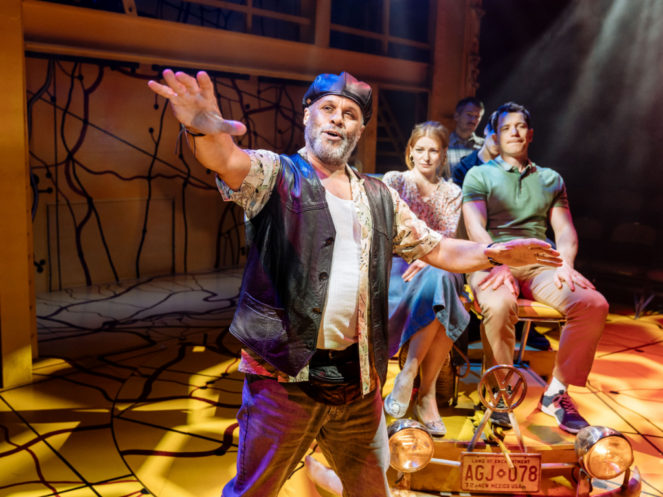 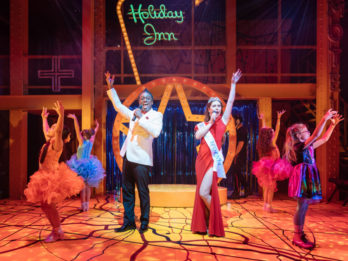 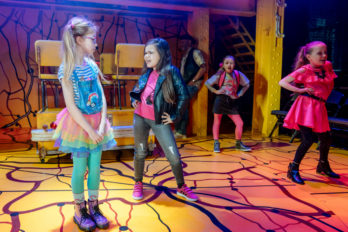 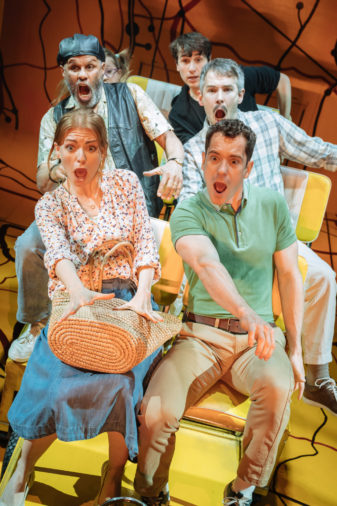 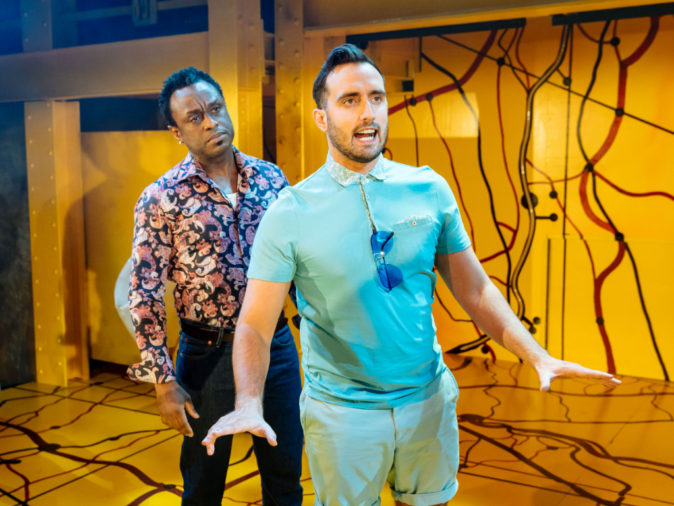 Andy Burrows on Reasons to Stay Alive, Ricky Gervais and Smith & Burrows: “I very much like being able to change from one to the other”
Poetry in Motion: A Dragon Arrives! | Movie review