The Trials of Oscar Wilde at Greenwich Theatre 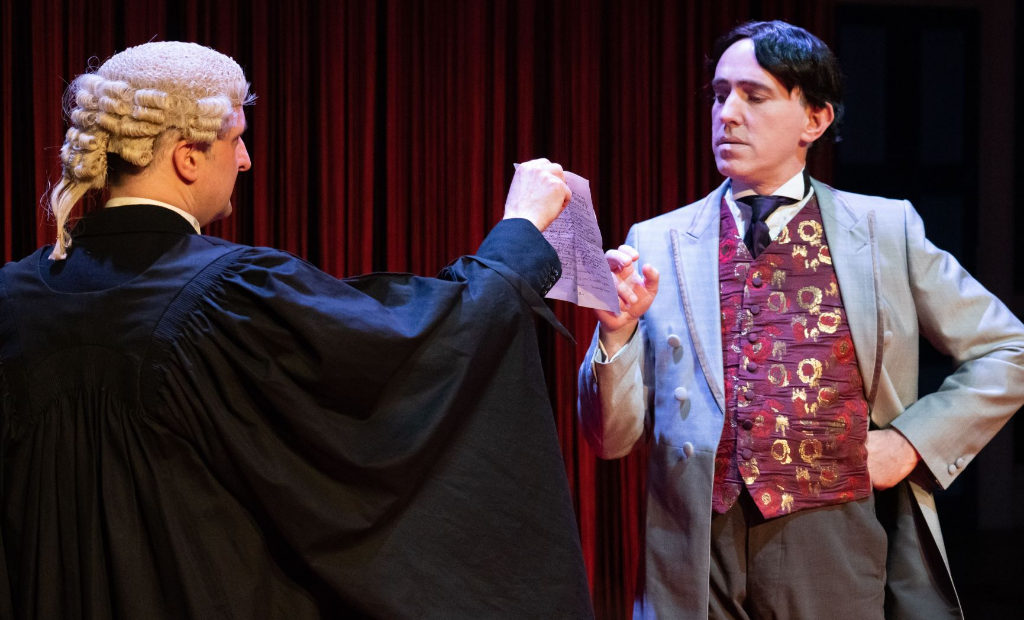 The Trials of Oscar Wilde at Greenwich Theatre | Theatre review

Oscar Fingal O’Flahertie Wills Wilde (John Gorick), one of the greatest and most prolific playwrights of our time, a man of splendour and wit, irreverence and pride, was stripped of his dignity days after The Importance Of Being Earnest had its triumphant opening in February 1895, following allegations made by the Marquess of Queensberry (Rupert Mason) that Wilde had used the nobleman’s son as a pawn with whom to engage in acts of sodomy. A trial then ensued which would see Wilde being prosecuted and sentenced to two years of hard labour for gross misconduct, marking a huge turning point for the once-upon-a-time doted on literary star.

Co-written by Wilde’s grandson, Merlin Holland, The Trials of Oscar Wilde is a monumental piece of courtroom drama which charts the writer’s journey from importance to unimportance – or rather, public humiliation – over the course of 100 days. With a minimalistic set featuring a red string curtain on which archive photographs of Wilde and his liaisons are projected at given moments in their lives, together with Anett Black’s excellent period costume design and Duncan Hands’s contrasted lighting scheme – which serve their purpose of heightening the dramatic tension as the performers reach their extraordinary apex – the production closes the gap on 124 years of history. The show makes the audience, who indirectly play members of the jury, feel as if they have travelled back in time, enabling them to be completely at one with the action that is taking place before their eyes.

The cast is sensational, particularly Gorick and Mason, whose strong interplay throughout the laborious unravelling of events which had occurred at the Old Bailey all those years ago is magnetic to watch. Featuring the real-life transcript of the actual hearing itself, The Trials Of Oscar Wilde is a special one, for it gives a rare glimpse into the life of a man whose flawed grace became the very subject of his own downfall. A must-see.

The Trials of Oscar Wilde is at Greenwich Theatre from 2nd April until 6th April 2019. For further information or to book visit the theatre’s website here. 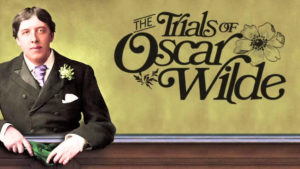 The Trials of Oscar Wilde

The Crucible at The Yard Theatre | Theatre review
Top Girls at the National Theatre: A reminder of how little social discussion has changed since the 80s | Theatre review