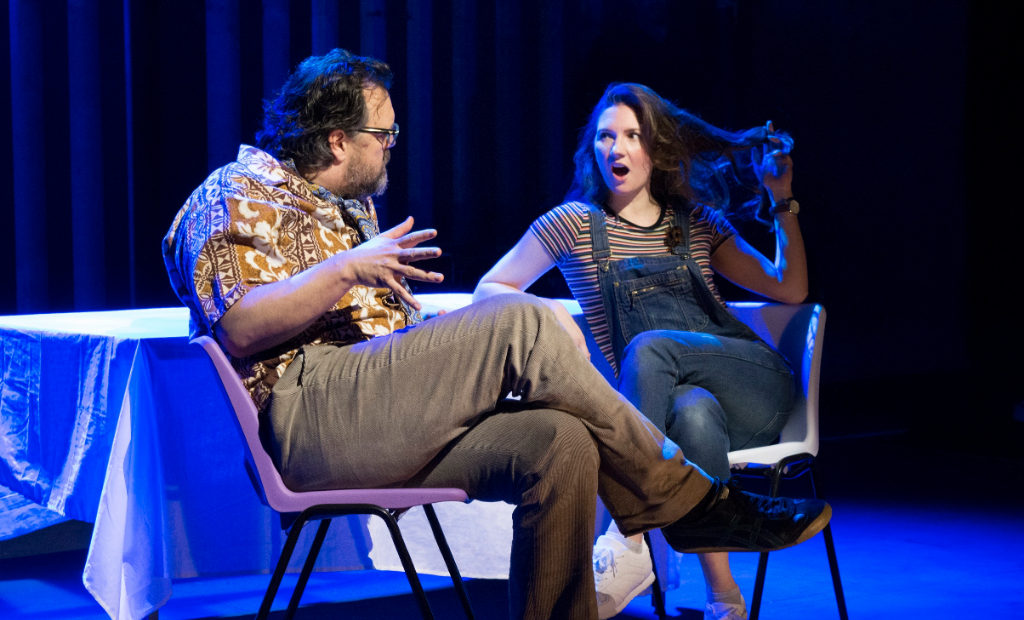 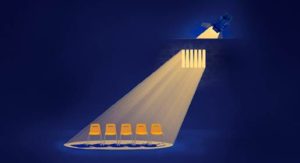 Struggling theatre director Richard (Ché Walker) is given the surprise of his life when he turns up at a maximum security prison unit with ex-wife Jane (Emma Pallant) to lead a series of drama workshops for its federal inmates Angel (Victor Gardener) and Kevin (Declan Perring). They are accompanied by trainee social worker Alice (Summer Strallen), and the trio use the dramatic arts as a healing mechanism with which to help the convicts acknowledge their past and enable them to come to terms with its traumatic consequences.

Intra Muros is a phenomenally engaging play of immense magnitude and depth. From the moment Walker opens the show, asking viewers what theatre means to them, it is evident he is laying the groundwork for what the response will be – a scrupulous study of human emotions and the power that live performance has in realising the rawness of collective consciousness.

Written by the exceptionally gifted Alexis Michalik, whose flawless use of the mise en abyme coupled with the complexities of his narrative threads make the multi Molière award-winner a master storyteller of the tragicomedy genre, Intra Muros triumphs due to the potency of the messages it conveys: critiquing the establishment in its inability to accommodate the needs of ex-prisoners who now wish to reinsert themselves back into society as law-abiding citizens, highlighting the ever-present stigma surrounding mental health and the difficulties people still have in accepting its implications, but, above all, praising the creative industry for being one of the greatest and most effective sources of therapy there is.

As the title suggests, Intra Muros invites its audience to look beyond that which is seen on the surface – prisoners as callous crime-committing individuals with absolutely zero sign of a conscience – and instead take the time to look deeper into their hearts in order to help unleash some of the pain that may have been locked up inside.

Intra Muros is at Park Theatre from 3rd April until 4th May 2019. For further information or to book visit the theatre’s website here.

Tony’s Last Tape at Omnibus Theatre | Theatre review
Elephant in the Room at Camden People’s Theatre: A prime example of how theatre can influence, spark debate and help change the world for the better | Theatre review