Wow Everything Is Amazing at Battersea Arts Centre 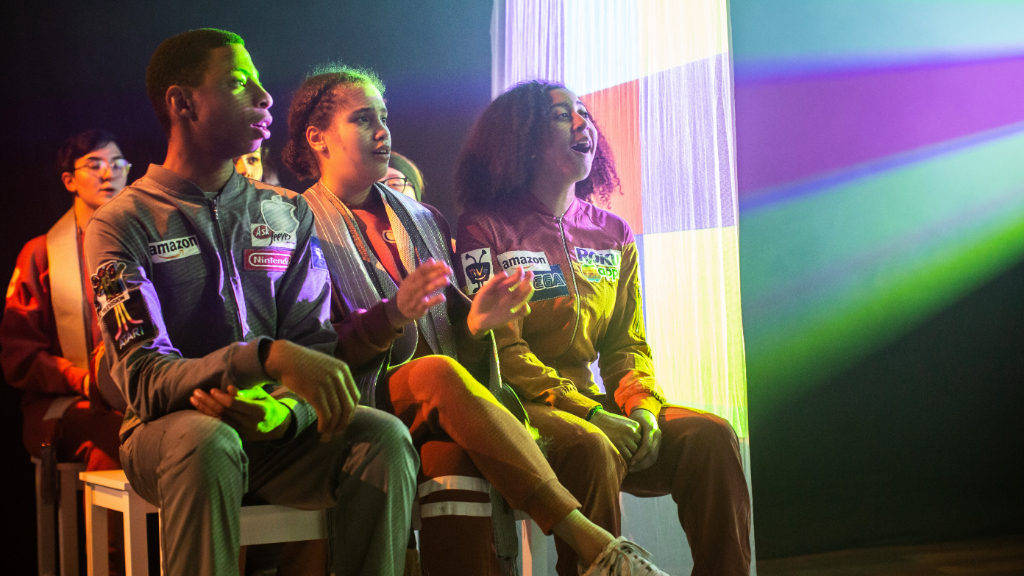 Wow Everything Is Amazing at Battersea Arts Centre | Theatre review 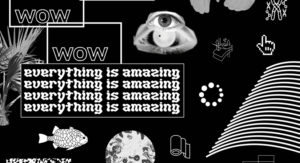 Wow Everything Is Amazing

Part paean to the possibilities of digital technology, part nightmarish dystopian vision of the future, Wow Everything Is Amazing is… well, pretty amazing, especially given the age of the 15 performers, all of whom are between 12 and 21 years old. Sounds Like Chaos deliver plenty of energy, enticing music and impressive choreography – including several backflips – in this often funny, sometimes terrifying powerhouse of a play.

There is no real plot to speak of; instead, the show presents itself as an ongoing church sermon, where all give praise to the internet of the future. All preaching is conducted online, everyone is interconnected, and the World Wide Web is praised as a deity. The inhabitants of this world feel pity for the unenlightened from before the days of the internet and bemoan those who were lost in the fight for this New World Order. One user, however, asks uncomfortable questions: can he connect with those outside of the network? What can he do if he doesn’t want to connect? In an impactful scene, the internet dazzles him with its sheer power – and promptly “deletes” him.

Fittingly, the stage and costume designs by Kat Heath have a futuristic feel to them, and the sound design and music – while perhaps not to everyone’s taste, with several hip-hop numbers – are executed so flawlessly that one would hardly think these aren’t professional performers. The entire production is pristine from start to finish and will guarantee a haunting and enjoyable ride throughout.

Sadly, at barely an hour runtime, a lot of the show feels rushed. While this is understandable, given the age of the cast, many of the themes raised in Wow deserve more attention, and while everything is convincing, this does lead to the occasional lack of subtlety. The ending, too, is rushed and takes the form of a deus ex machina. Perhaps the problem with this is just that a real solution apart from the fantasy the drama presents is impossible, and that voluntary mass surveillance is a necessary part of our future?

No matter the answer to this vexed question, Wow Everything Is Amazing remains a fantastic show for the young Sounds Like Chaos company and its equally young performers, who will guarantee any audience an hour’s worth of excellent entertainment.

Wow Everything Is Amazing is at Battersea Arts Centre from 4th April until 12th April 2019. For further information or to book visit the theatre’s website here.

Wow Everything Is Amazing