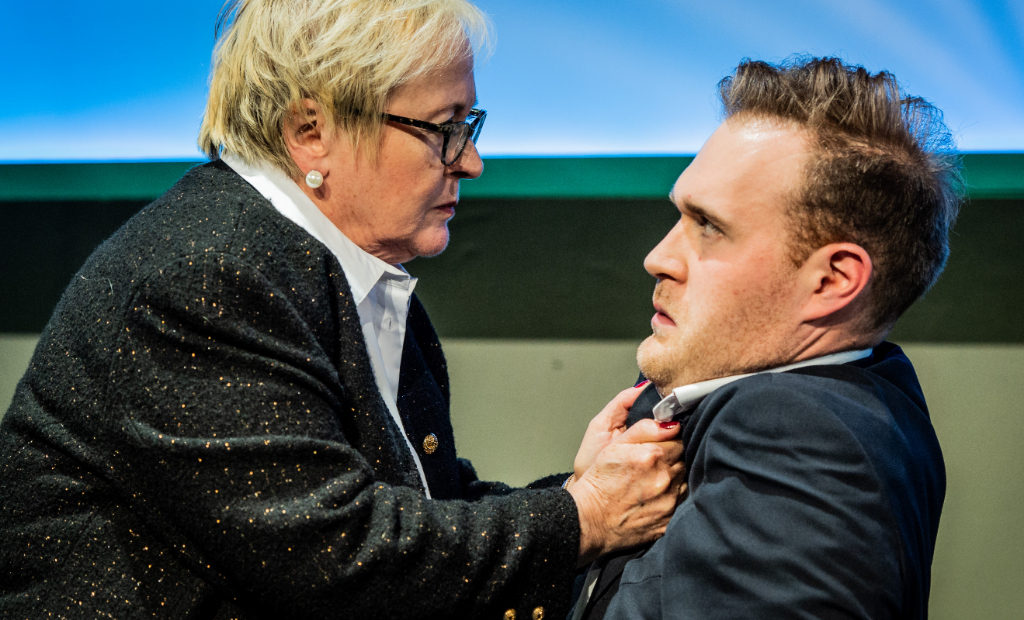 “Every single person is extraordinary. The tragedy is we have a society where too many people never get to fulfil that potential,” orates election consultant Patrick (Mikhail Sen), the latest member to join the Tory clan at a crucial time in British politics. Party leaders Ned Contraband (Ben Hood) and David Carter (Ben Alderton) are about to battle it out for that coveted place in government and, as witness to the atrocities of a crippling system where nepotism and decadence preside over truth, the fresh-faced adviser must do all that he can to make the politicians restore people’s faith in democracy once more.

Based on extensive factual research, Hell Yes I’m Tough Enough takes a thorough look at what really goes on behind the walls of Number 10 – bullying, blackmailing, racism and cross-party hacking – to name a few. Labour and Conservative leaders Ned and David represent distinct changes to the human soul as politics takes over one’s life, shown predominantly through the breakdown of Ned and spiritual leader Will’s (Michael Edwards) relationship, while characters like Poppy (Venice Van Someren) denote the underlying issues concerning sexism and the objectification of women that are still taking place in today’s male-dominated professions, notably those involving legislature and policymaking.

Brilliantly written by Ben Alderton, whose narrative amalgamates the perfect amount of fact, humour and satire, as well as tinges of wisdom that emanate from an eavesdropping janitor dressed up as Luke Skywalker in a cloak, the show adopts an escapist stance, constantly surprising its audience and managing to turn heated debates into light-hearted ones. A refreshing production, Hell Yes I’m Tough Enough, through the eyes and ears of Patrick, who stands as the voice of change and that of future generations, encourages politicians to strive hard for equal rights and earnestly take on board the responsibility of turning manifesto pledges into actual realities.

Hell Yes I’m Tough Enough is at Park Theatre from 24th April until 18th May 2019. For further information or to book visit the theatre’s website here.