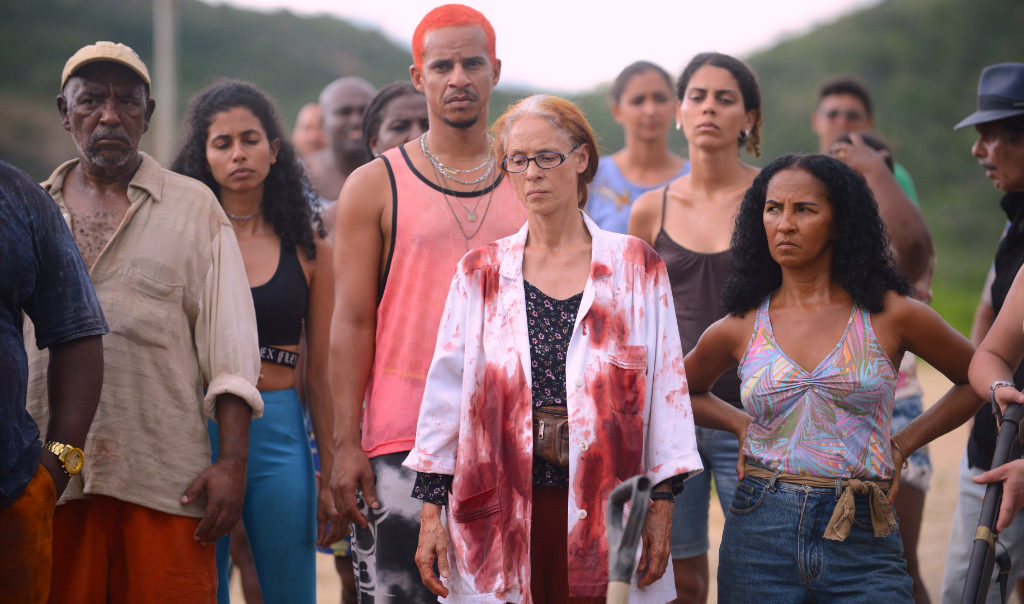 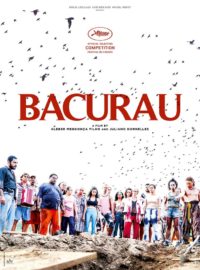 A strange, fascinating film from a strange, fascinating filmmaker, Bacurau doesn’t so much defy explanation as provide almost too much to sift through on first glance. It’s ostensibly a portrait of the eponymous fictional small town community, situated somewhere on the border between Paraiba and Rio Grande de Norte in northeastern Brazil. Its rough location is shown to us in the opening shot, a CGI zoom-in from space, which is the first indication that Kleber Mendonça Filho (Neighbouring Sounds, Aquarius) is working in a more ambitious register this time around. The town has essentially come together for the funeral of the grandmother of Theresa (Barbara Colen), but it doesn’t take long to realise that something strange is afoot.

As further evidenced by Jim Jarmusch’s The Dead Don’t Die, one of the first emerging themes of this year’s festival is that cinema is now a postscript to David Lynch’s Twin Peaks: The Return. For a long time, Bacurau keeps its audience guessing as to what, exactly, is going on, withholding key information about why the town has suddenly disappeared off all maps, why a truck has developed bullet holes and why something that looks like a UFO is hovering over it all. It’s something to do with the town’s scumbag mayor, who slicks his hair like Elvis, and a mysterious character played – with scene-stealing malevolence – by Udo Kier.

But to spoil this would be to spoil most of the fun, though it’s safe to say that the emerging beast is a surreal, violent feature that, surprisingly, warrants comparison to Sergio Leone and John Carpenter (who intentionally pops up on the soundtrack) – or maybe Jia Zhangke’s A Touch of Sin, a similar left-turn into violence as the only remaining political expression. Though like that film, it’s perhaps a touch too academic to work as a satisfying genre exercise. While there are potent threads of globalisation, late capitalism and the erasure of local cultures – in a chilling scene, a villainous character tells another, “Please don’t speak Brazilian here” – they don’t quite come together in the same way as Aquarius, which has the benefit of centring itself on Sonia Braga’s brilliant performance.

Braga crops up again here as an eccentric local doctor, and she’s great, but the picture suffers for having no strong characters to grab onto, in favour of a more conceptual approach. Still, it’s worth remembering that Brazil’s cultural output is under attack from a far-right president, Jair Bolsonaro – and like A Touch of Sin, Bacurau evokes a surreal horror that, one imagines, isn’t too far removed from the emotions of life underneath such an oppressive regime.

Bacurau does not have a UK release date yet.

Watch the trailer and some clips from Bacurau here: