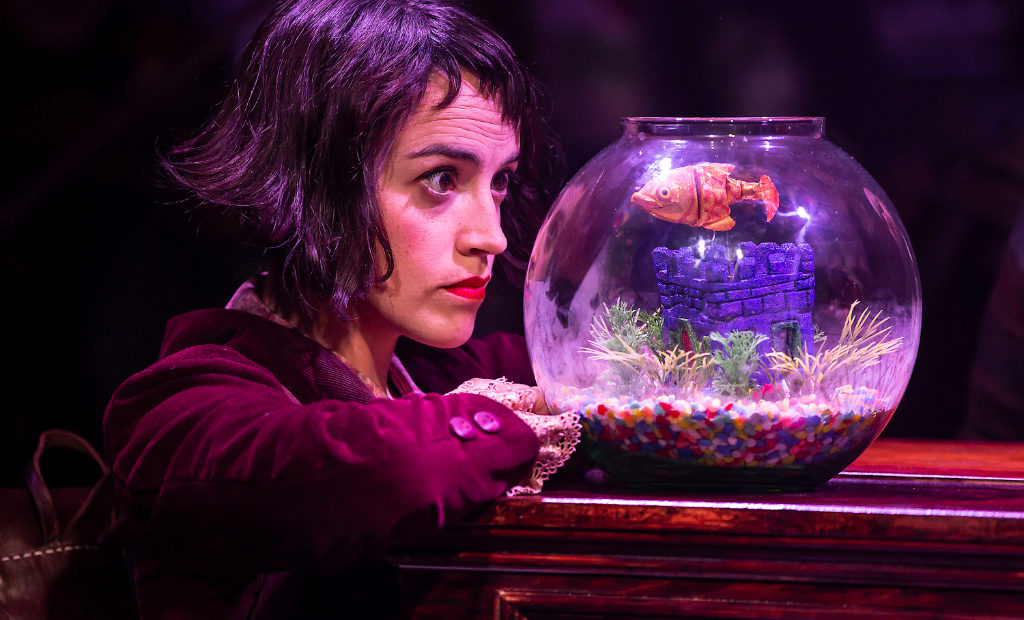 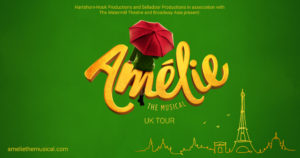 The timeless charm of the 2001 film Amélie gave it instant classic status. Its vivid aesthetics are effortlessly imprinted in the minds of all who have watched it, and the cinematography is so seamless and unique that it can be difficult to imagine those familiar scenes translated for the stage. Amélie the Musical overcomes the challenges and presents a show that is remarkable in its own right. Craig Lucas, Daniel Messé and Nathan Tysen have worked extensively to write the book, music and lyrics for Broadway, and then to re-adapt it once again with director Michael Fentiman specifically for a UK audience.

Amélie (Audrey Brisson) is an introverted and lonely girl whose sole pleasure is derived from performing acts of kindness towards strangers and acquaintances. Her big imagination and talent for spreading joy means that her inner world is never dull, but when she develops a romantic interest for stranger Nino (Danny Mac), she is forced to step outside her bubble of dreams and come to terms with her identity and place in the world. Atmospheric lights and evocative music take the audience right into the heart of Amélie’s Paris, a city where romance, nostalgia and a longing to connect occupy the minds of many an inhabitant.

The musical works surprisingly well thanks to a few ingenious ideas that allow the non-linear, episodic storytelling to make an impact. A lot of merit goes to Madeleine Girling‘s brilliant stage design, which provides a malleable background that the cast can swiftly transform into a train, a café and various other locations. The most winning idea, however, is having the musicians double up as the cast. This dissolves any potential barriers between the music and action, and removes the problem of having secondary characters stand around between their often brief interventions. The musical band thus forms a sort of moving cloud that the action springs out from, with characters blending right back into the ensemble to contribute to the atmosphere rather than exiting.

The beauty of this modern urban fairytale is that romance is used just as a pretext to explore the vast and complex theme of connectedness. In this production, the spark at the heart of the tale is intact, and the addition of Brisson’s strong vocals, a group of superb musicians, a generous dose of humour, puppetry and a charming set make the show truly magical. A real delight.

Amélie the Musical is at New Wimbledon Theatre from 22nd until 25th May 2019 before continuing on its UK tour. For further information about venues and tickets visit the show’s website here. 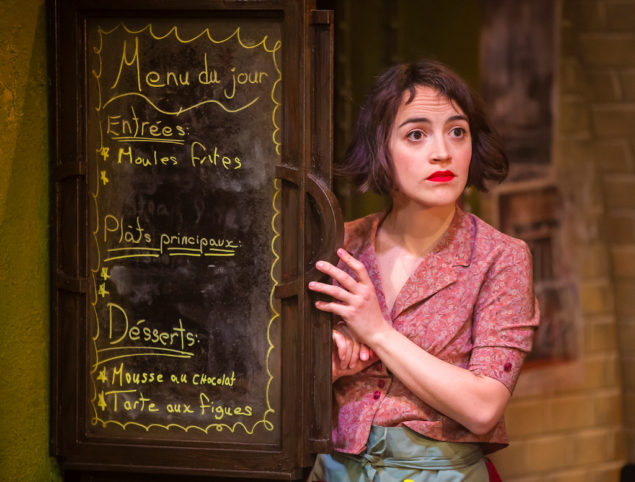 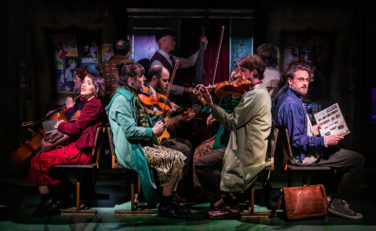 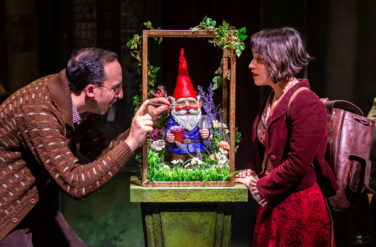 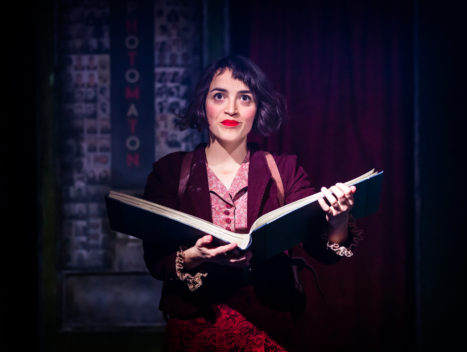 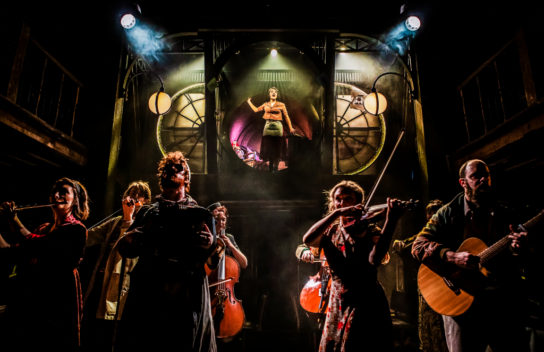