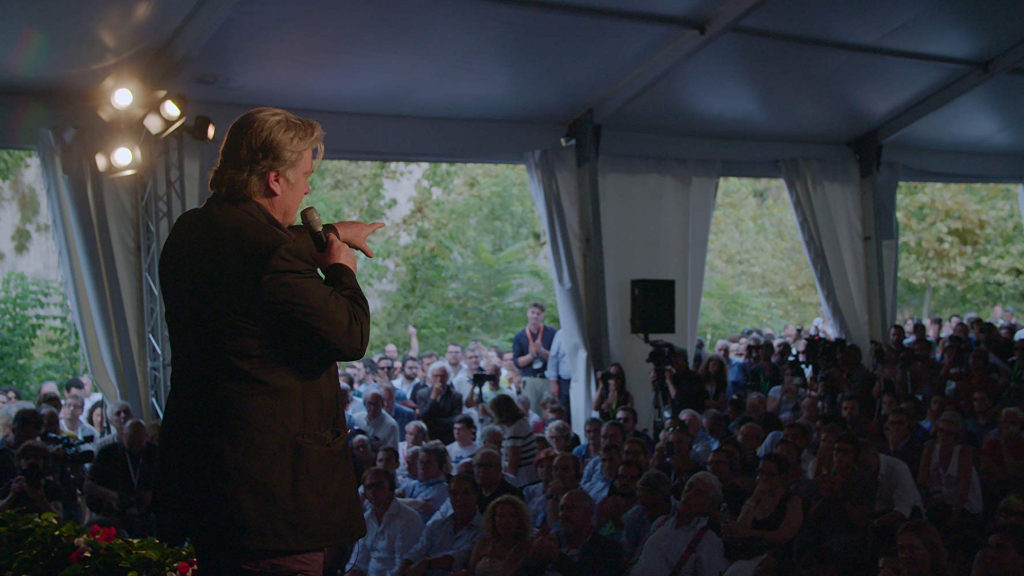 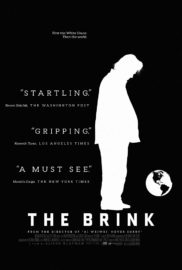 Award-winning independent filmmaker Alison Klayman’s latest feature-length documentary explores the ideologies of President Donald Trump’s former chief campaign administrator and political figure Stephen K Bannon through the 2018 midterm elections, focussing on his populist agendas, which have been compared with nationalist and anti-semitic rhetoric, something the subject thoroughly denies throughout.

Following the fascist movement rally in Charlottesville, Virginia, Bannon resigns as the White House chief strategist. Upon leaving his position, the subject’s mental faculties are questioned by Trump himself, who refers to him as “Sloppy Steve,” while the man in question reflects how “the West Wing has a bad karma to it” stating that he “hated every second I was there.” Talking like a true politician, Bannon takes his ideas invoking populism and what he calls “economic nationalism” to far-right party leaders of various countries, attempting to unify them for the 2019 European Elections. Assisting him are his nephew Sean and editor of the London edition of Breitbart, Raheem Kassam, whose ethnicity makes everything Bannon stand for strikingly ironic, as we see the British-born Indian amongst right-wing advocates. When supporting Roy Moore, the Alabama jurist running for Senate – who was also accused of sexual assault by several women – the subject comes under scrutiny from endorsing donors.

The strategist attends meetings with party group leaders and joins debates, enjoying the media attention, occasionally replying to an off-screen Klayman, whose documentary is directed in a fairly regular way – and as a film, doesn’t create the desire to watch on the big screen. Moreover, subtitles should have been present through conversations conducted on the private jet planes Bannon and his cohorts like to frequent, the engine noise drowning out details. Still, what Klayman’s feature achieves is to provoke and anger by presenting Bannon’s bigoted agendas – though he is kept in a fair light – and The Brink can be riveting for those keen on politics, particularly in the US, allowing viewers to step inside Bannon’s world, stark as it may be.

The Brink is released in select cinemas on 12th July 2019.

Watch the trailer for The Brink here: